In this update, we present granular data on the 5G core, tracking the progress of deployments of both Non-standalone (NSA) and Standalone (SA) network cores. We recorded 49 5G core deployments so far in 2022, 24 of which are SA launches. 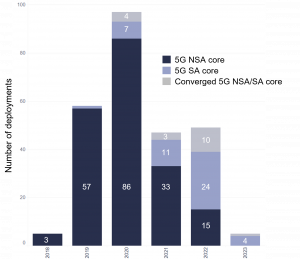