In this update we present more granular data into the RAN to track the shift towards disaggregation across vendor ecosystems. It is still very early days with open RAN and vRAN, with 33 deployments in total, but we expect this to accelerate over the coming year. 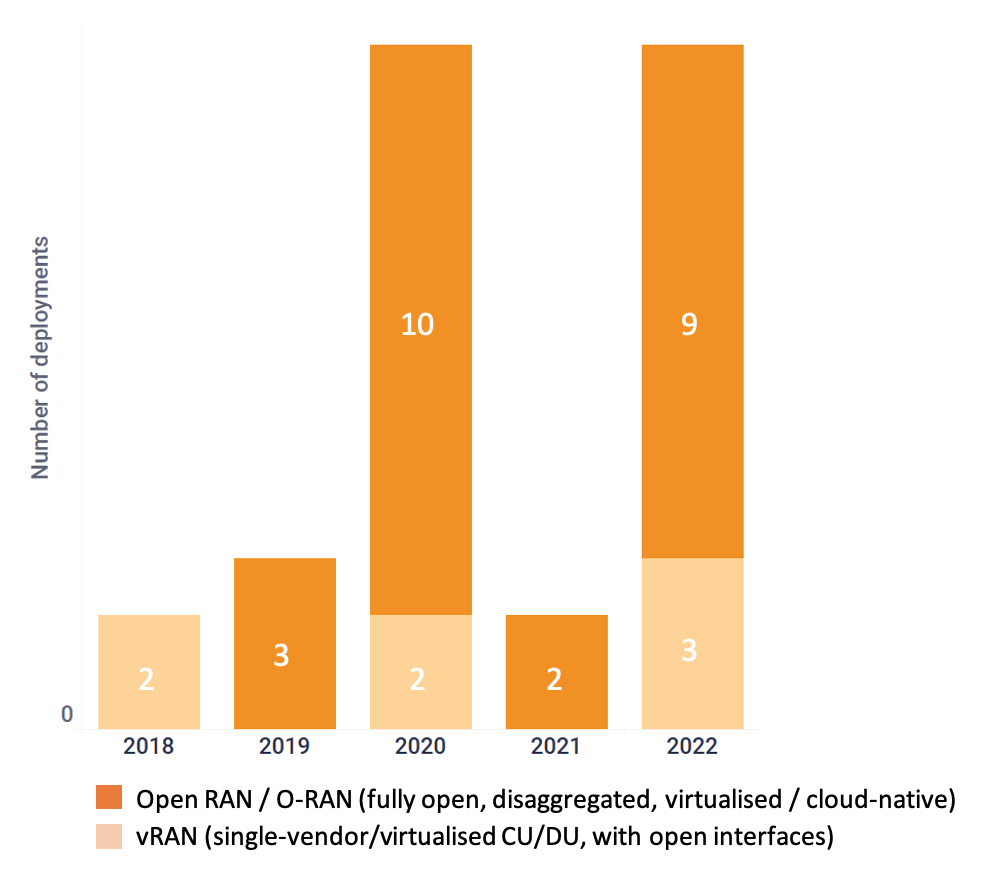