More telcos are making deals to run their VNFs on the public cloud. Not much is live yet. But cloud hosting of network functions will support telcos in realising the benefits of cloud-native, and we believe telcos can safely go further and faster. 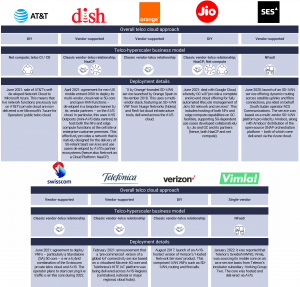