T-Mobile USA’s ‘uncarrier’ strategy has delivered significant net additions, but is it a good strategy - and is the disruption promised by Softbank CEO Masayoshi Son already underway? We compare it to Free Mobile’s disruptive approach in France, and the results of its competitors’ responses.

Ever since the original Softbank bid for Sprint-Nextel, the industry has been awaiting a wave of price disruption in the United States, the world’s biggest and richest mobile market, and one which is still very much dominated by the dynamic duo, Verizon Wireless and AT&T Mobility.

Figure 1: The US, a rich and high-spending market 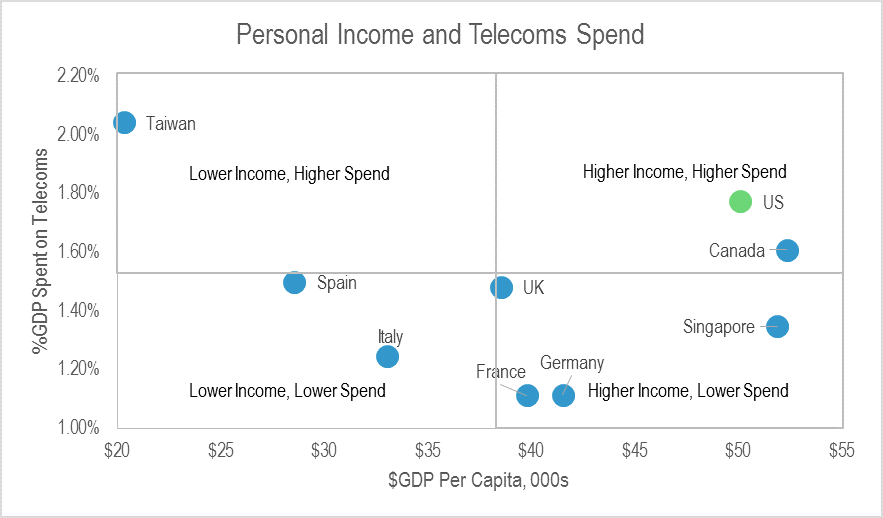 However, the Sprint-Softbank deal saga delayed any aggressive move by Sprint for some time, and in the meantime T-Mobile USA stole a march, implemented its own very similar ‘uncarrier’ proposition strategy, and achieved a dramatic turnaround of their customer numbers.

As Figure 2 shows, the duopoly marches on, with Verizon in the lead, although the gap with AT&T has closed a little lately. Sprint, meanwhile, looks moribund, while T-Mobile has closed half the gap with the duopolists in an astonishingly short period of time.

Figure 2: The duopolists hold a lead, but a new challenger arises… 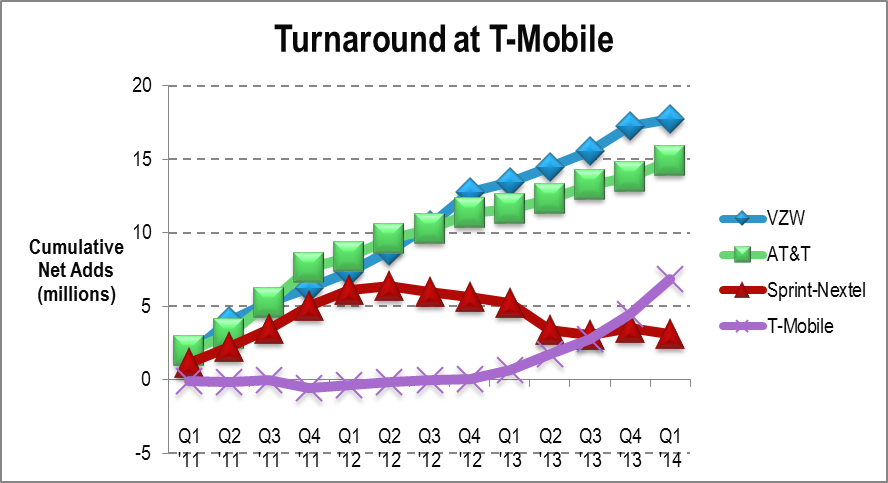 Now, a Sprint-T-Mobile merger is seriously on the cards. Again, Softbank CEO Masayoshi Son is on record as promising to launch a price war. But to what extent is a Free Mobile-like disruption event already happening? And what strategies are carriers adopting?

For more STL analysis of the US cellular market, read the original Sprint-Softbank EB , the Telco 2.0 Transformation Index sections on Verizon  and AT&T , and our Self-Disruption: How Sprint Blew It EB . Additional coverage of the fixed domain can be found in the Triple-Play in the USA: Infrastructure Pays Off EB  and the Telco 2.0 Index sections mentioned above

The US Market is Changing

In our previous analysis Self-Disruption: How Sprint Blew It, we used the following chart, Figure 3, under the title “…And ARPU is Holding Up”. Updating it with the latest data, it becomes clear that ARPU – and in this case pricing – is no longer holding up so well. Rather than across-the-board deflation, though, we are instead seeing increasingly diverse strategies. 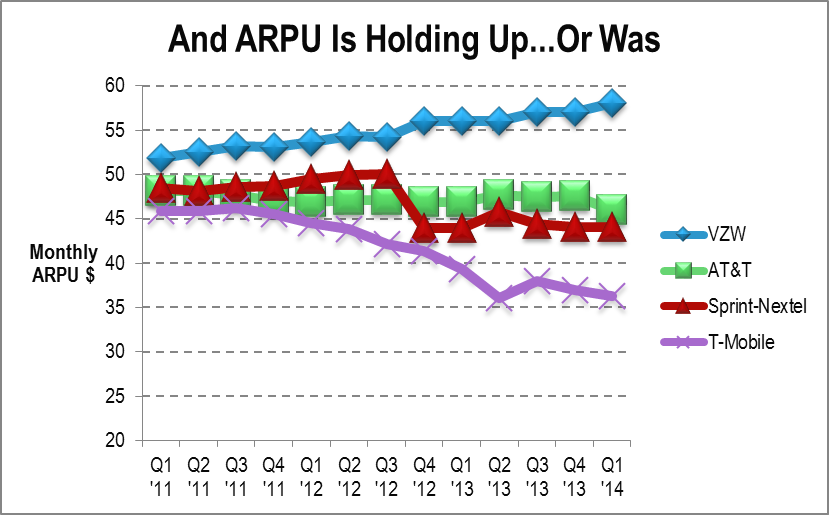 AT&T’s ARPU is being very gradually eroded (it’s come down by $5 since Q1 2011), while Sprint’s plunged sharply with the shutdown of Nextel (see report referenced above for more detail). Since then, AT&T and Sprint have been close to parity, a situation AT&T management surely can’t be satisfied with. T-Mobile USA has slashed prices so much that the “uncarrier” has given up $10 of monthly ARPU since the beginning of 2012. And Verizon Wireless has added almost as much monthly ARPU in the same timeframe.

Each carrier has adopted a different approach in this period:

Figure 4: Something went wrong at Sprint in mid-2012 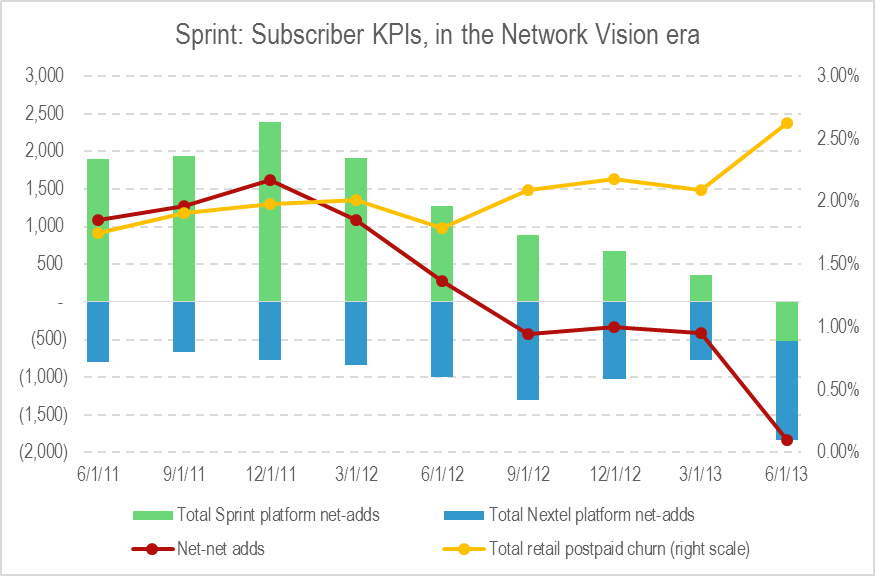