In response to customers’ growing usage of mobile data and applications, STL Partners has developed MobiNEX: The Mobile Network Customer Experience Index, which benchmarks mobile operators’ network speed and reliability by measuring the consumer app experience, and allows individual players to see how they are performing in relation to competition in an objective and quantitative manner.

We assign operators an individual MobiNEX score based on their performance across four measures that are core drivers of customer app experience: download speed; average latency; error rate; latency consistency (the percentage of app requests that take longer than 500ms to fulfil). Apteligent has provided us with the raw data for three out of four of the measures based on billions of requests made from tens of thousands of applications used by hundreds of millions of users in Q4 2015. We plan to expand the index to cover other operators and to track performance over time with twice-yearly updates.

The top five performers across twenty-seven operators in seven countries in Europe and North America (Canada, France, Germany, Italy, Spain, UK, US) were all from France and the UK suggesting a high degree of competition in these markets as operators strive to improve relative to peers:

The bottom five operators have scores suggesting a materially worse customer app experience and we suggest that management focuses on improvements across all four measures to strengthen their customer relationships and competitive position. This applies particularly to:

Surprisingly, given the extensive deployment of 4G networks there, the US operators perform poorly and are providing an underwhelming customer app experience: 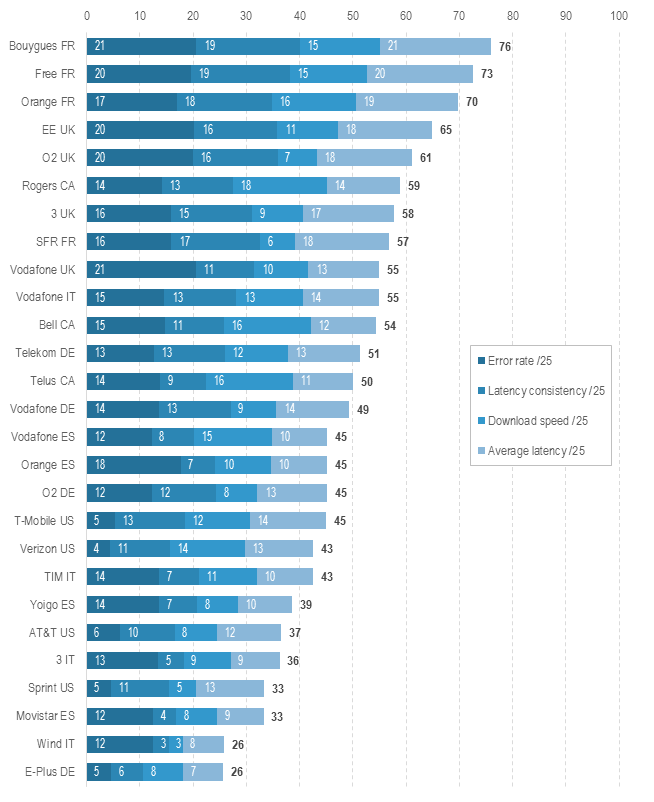 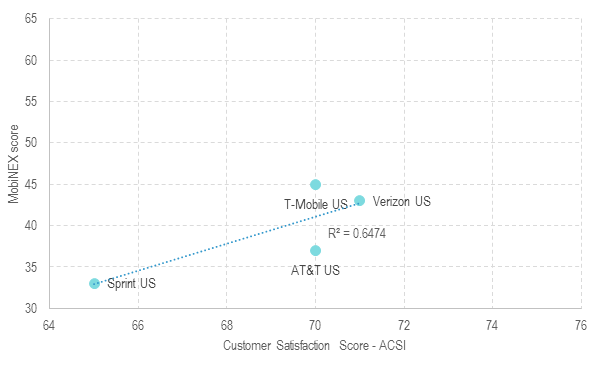 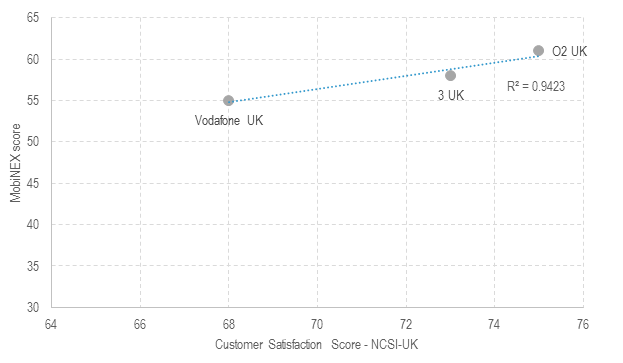