The quality of experience delivered by operators’ mobile data networks is a key indicator of their current performance, and a foundation of their future prospects in digital. Our MobiNEX ranking, updated this week for H1 2016, shows how 80 operators in 25 countries compare. How does your telco stack up?

In response to customers’ growing usage of mobile data and applications, in April 2016 STL Partners developed MobiNEX: The Mobile Network Experience Index, which ranks mobile network operators by key measures relating to customer experience. To do this, we benchmark mobile operators’ network speed and reliability, allowing individual operators to see how they are performing in relation to the competition in an objective and quantitative manner.

Operators are assigned an individual MobiNEX score out of 100 based on their performance across four measures that STL Partners believes to be core drivers of customer app experience: download speed, average latency, error rate and latency consistency (the proportion of app requests that take longer than 500ms to fulfil).

Our partner Apteligent has provided us with the raw data for three out of the four measures, based on billions of requests made from tens of thousands of applications used by hundreds of millions of users in H1 2016. While our April report focused on the top three or four operators in just seven Western markets, this report covers 80 operators drawn from 25 markets spread across the globe in the first six months of this year.

The top ten operators were from Japan, France, the UK and Canada:

The bottom ten operators all score a total of 16 or lower out of 100, suggesting a materially worse customer app experience.

Overall, the extreme difference between the top and bottom of the table highlights a vast inequality in network quality customer experience across the planet. Customer app experience depends to a large degree on where one lives. However, our analysis shows that while economic prosperity does in general lead to a more advanced mobile experience as you might expect, it does not guarantee it. Norway, Sweden, Singapore and the US market are examples of high income countries with lower MobiNEX scores than might be expected against the global picture. STL Partners will do further analysis to uncover more on the drivers of differentiation between markets and players within them. 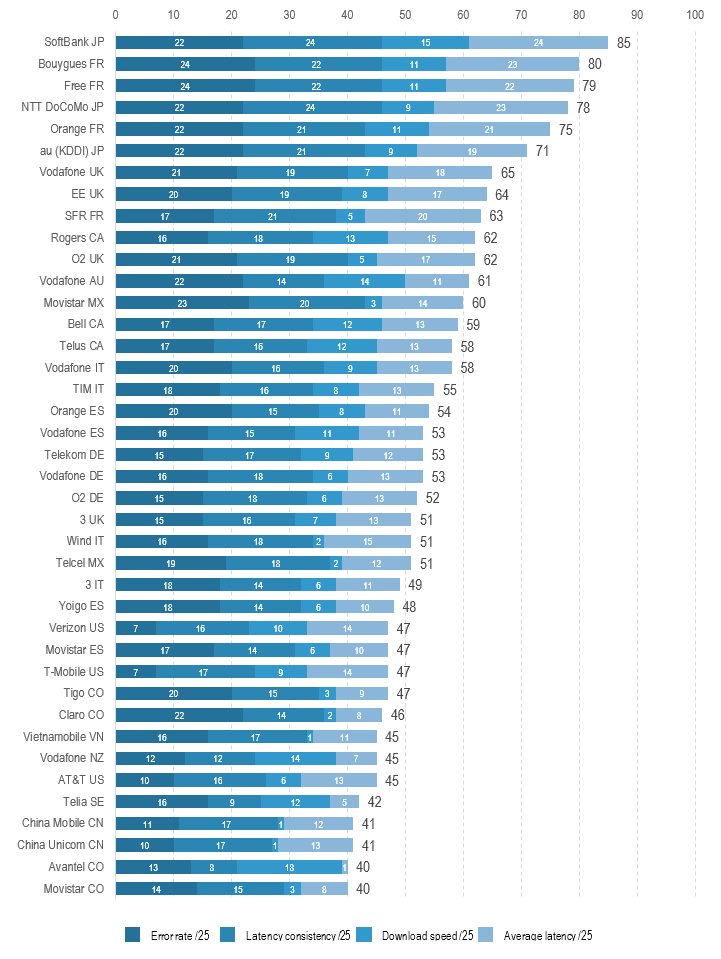 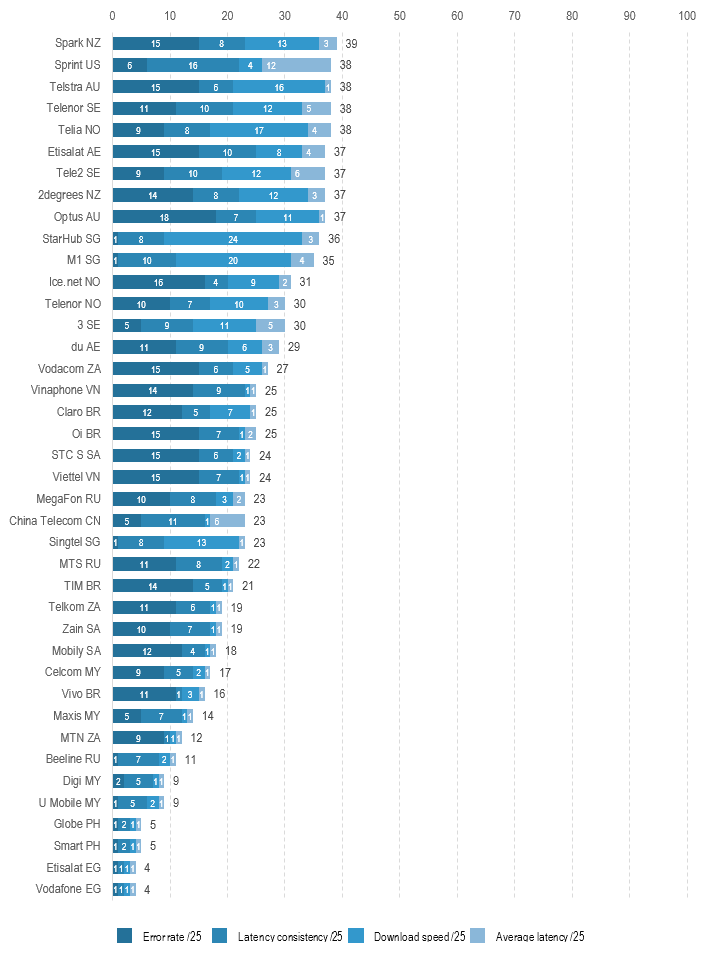