Finnish telco, Elisa, repeatedly achieves surprising wins with innovative new propositions. For example, it now sells Elisa Automate, its fully automated Network Operations Centre (NOC), to other telcos. Most telcos buy their NOCs from vendors. How does this relatively small telco punch so much above its weight? At the heart of the answer is a Finnish word which cannot directly be translated to English: sisu.

Almost every telco aspires to innovate and become a ‘digital services player’, selling more than just data, voice, messages, and entertainment services, but few have made significant inroads to this aim.

Yet Elisa, the market leader in Finland, which has a population of only just over 5.5 million people, can stake a claim to having achieved more than most.

The Finnish word ‘sisu’ has no direct English translation. It means a spirit of determination, independence and fortitude, and is considered by some Finns to be the heart of Finnish character.

Elisa and the other Finnish telcos certainly have plenty of sisu. They have resolutely charted their own course and prospered, with Elisa quadrupling its market valuation over the last ten years. 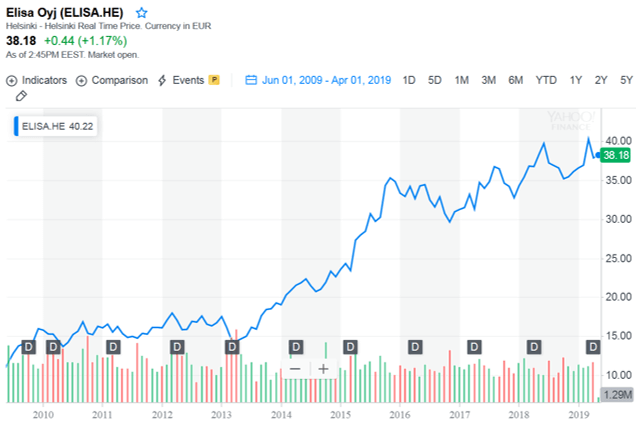 The genesis of Elisa Automate

Elisa’s overall strategy was based on a sound but uncommon piece of customer insight: nobody knows what a megabit of data actually is, so it is crazy to price data services based on the volume of data used. So Elisa and the other players in the Finnish market moved to unlimited data packages prices by speed (see report Sense check: Can data growth save telco revenues?).

The consequences of this decision have been that Finnish customers use a lot of data, and secondly, Finnish operators have built out coverage so that they can enjoy using it whenever and wherever.

This means that Elisa has to deliver a lot of data across its network.

Elisa has grown its revenues and EBIT too

Necessity can be the mother of invention

To manage profitability in a market where use and therefore data volume is effectively unlimited, Elisa had to tie its costs firmly to its revenues, and to do so elected to keep the ratios of capex and opex to revenue flat. This requires a very clear focus on cost management, and a determination to take every step possible to do so.

Out of this need came a powerful drive for automation: not to simply cut costs or reduce headcount, but to make the company as efficient as possible.

The result is Elisa Automate, a fully automated Network Operations Centre (NOC), one of three new business concepts that it is selling to others (in this case, telcos), along with Elisa SmartFactory and its video conferencing aggregation service.

Elisa is clearly succeeding, and not just in its financial results. For example, 18% of Finnish business customers say that it is the most innovative IT actor in its market, compared to 6% for CGI and 5% for Fujitsu.

STL Partners has long watched Elisa’s progress with a high degree of fascination. Elisa and its Finnish peers are a little like the Galapagos Islands of telecoms evolution but marked extraordinary by their distinctive approaches rather than extreme geographical isolation.