As telecoms networks are the primary distribution channels for the digital economy, all telcos are in the entertainment business to a certain extent. With more than 3.2 billion people worldwide now connected to the Internet, according to the ITU, entertainment is increasingly delivered online and on-demand over telecoms and cable networks. The major Internet ecosystems – Amazon, Apple, Facebook and Google – are looking to dominate this market. But telcos could also play a pivotal role in an emerging new world order, either by providing enablers or by delivering their own differentiated entertainment offerings.

Many telcos have long flirted with offering their own entertainment services, typically as a retaliatory response to cable television providers’ push into communications. But these flings are now morphing into something more serious: connectivity and entertainment are becoming increasingly intertwined in telcos’ portfolios. Television, in particular, is shifting from the periphery, both in terms of telcos’ revenues and top management focus, onto centre stage. Some of the world’s largest telcos are beginning to invest in securing exclusive drama and sports content, even going as far as developing their own programming. This push is part of telcos’ broader search for ways to remain relevant in the consumer market, as usage of telcos’ voice and messaging services is curbed by over-the-top alternatives.

The central strategic dilemma for telcos is whether they should be selling services directly to the consumer or whether they should be providing enablers to other players (such as Amazon, Google, Netflix and Spotify) who might be prepared to pay for the use of dedicated content delivery networks, messaging, distribution, authentication, billing and payments. In many respects, this is not a new dilemma: Operators have tried to become content developers and distributors in the past, building portals, selling ringtones and games, and establishing app stores. What is new is the size of the table stakes: The expansion of broadband coverage and capacity has put the focus very much on increasingly high definition and immersive television and video. Creating this kind of content can be very expensive, prompting some of the largest telcos to invest billions of dollars, rather than tens of millions, in their entertainment proposition.

For incumbents in the media industry, this is a seismic shift. Cable television companies, for example, have had to rethink their longstanding business model, which involved selling big bundles of television channels encompassing the good, the bad and the ugly. Individual customers typically only watch a small fraction of the cable TV channels they are paying for, prompting a growing number of them to seek out more cost-effective and more targeted propositions from over-the-top players.

Cable companies have responded by offering more choice and expanding across the entertainment value chain. For example, Comcast, a leading US cableco, offers an increasingly broad range of TV packages, ranging from US$16 a month (for about 10 local channels) to US$80 a month (for about 140 channels bundled with high speed Internet access). Moreover, Comcast is making its TV services more flexible, enabling customers to download/record video content to watch on mobile devices and PCs at their convenience. Even so, Comcast has been shedding cable TV subscriptions for most of the past decade. But the cableco’s vertical-integration strategy has more than compensated. Growth in Comcast’s NBCUniversal television and film group, which owns a major Hollywood studio, together with rising demand for high-speed Internet access, has kept the top line growing.

Other cablecos and telcos are following a similar playbook to Comcast, increasingly involving themselves in all four of the key roles in the online content value chain, identified by STL Partners. These four key roles are:

Clearly, virtually all telcos and cablecos play the pipe role, providing connectivity for online content. Many also operate platforms, essentially reselling television on behalf of others. But now a growing number, including BT, Telefónica and Verizon, are creating packages and even developing their own programming. The pipe and package roles present opportunities to capture behavioural data that can then be used to further hone the entertainment proposition and make personalised recommendations and offers. At the same time, the package and programme roles are becoming increasingly important as the platforms with the best content, the best channels and the best recommendations are likely to attract the most traffic.

Figure 1 illustrates how the package and platform roles, in particular, are increasingly converging, as consumers seek out services that can help them find and discover entertainment that suits their particular tastes. Google’s YouTube platform, for example, increasingly promotes its many channels (packages) to better engage consumers, help them discover content and help viewers navigate their way through the vast amount of video on offer.

By venturing into packaging and programming, telcos are hoping to differentiate their platforms from those of the major global online players – Amazon, Apple, Facebook, Google and Netflix – which benefit from substantial economies of scale and scope. But pursuing such a strategy can involve compromises.
In many cases, regulators force telcos to also make their programming and packaging available on third party TV platforms, including those of direct competitors. In the UK, for example, BT has to wholesale its BT Sports channels to other TV platforms, including that of arch rival Sky. Figure 2 shows how BT’s platform, packaging and programming is intertwined with that of third parties, creating a complex, multi-faceted market in which BT content is available through BT TV/BT Broadband and through other platforms and pipes.

Figure 1: How the key roles in online content are changing 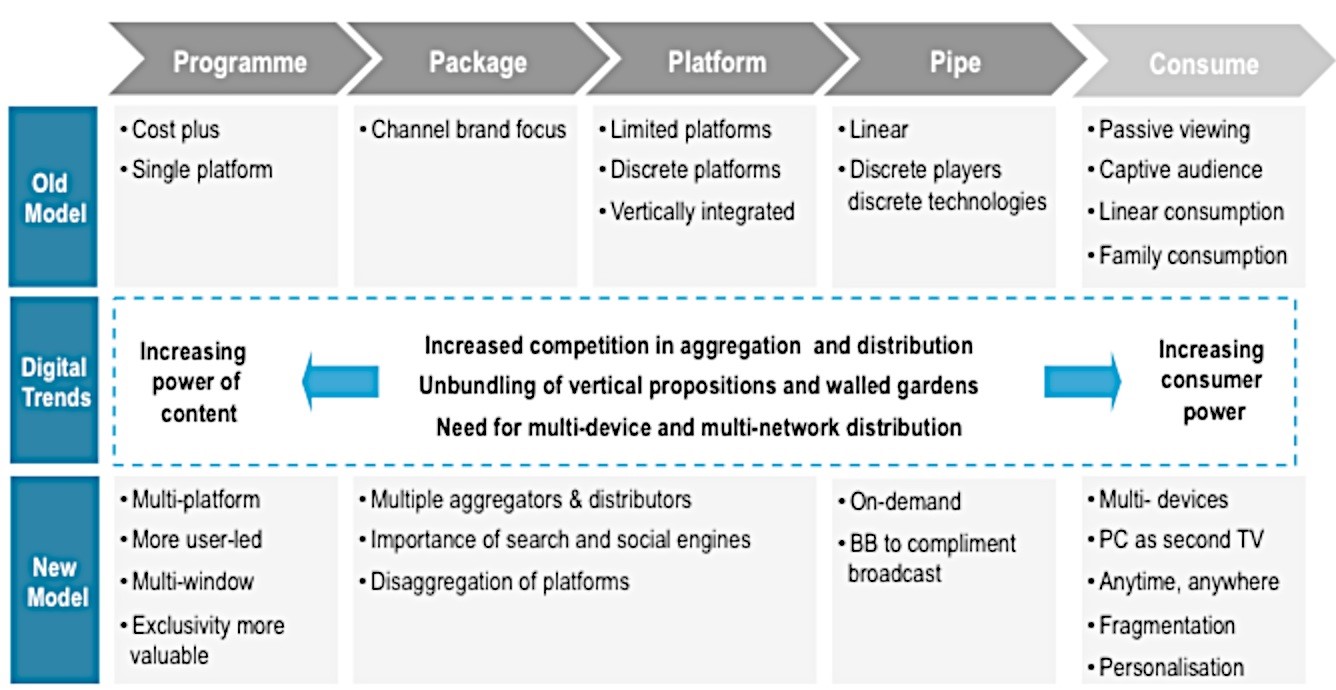 Figure 2: BT has to provide standalone packaging & programming, as well as a platform 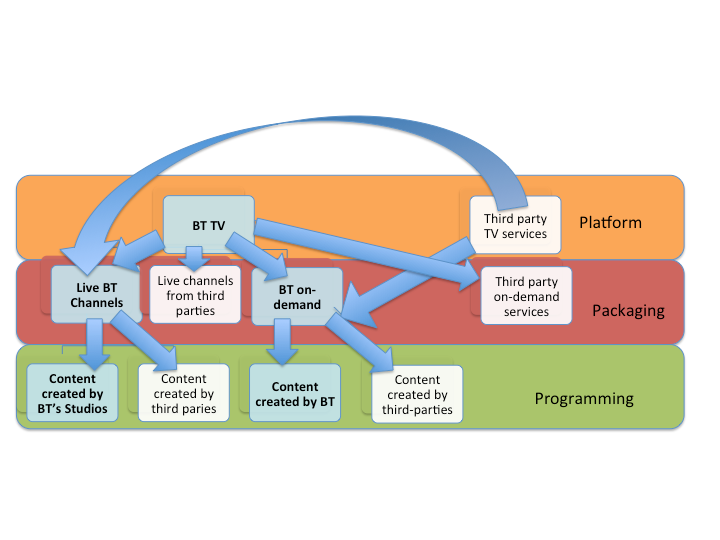