Some leading telcos have slowed their roll-outs of 5G Standalone cores. Others have not. What is the delay? And why it is important to speed deployments now while minimising the risks.

There is a widespread opinion among telco industry watchers that deployments of the 5G Standalone (SA) core are taking longer than originally expected. It is certainly the case that some of the world’s leading operators, and telco cloud innovators, are taking their time over these deployments, as illustrated below:

…but other MNOs are making rapid progress

In contrast to the above catalogue of delay, several other leading operators have made considerable progress with their standalone deployments:

Many standalone deployments in the offing – but few fixed deadlines

So, 5G standalone deployments are definitely a mixed bag: leading operators in APAC, Europe, the Middle East and North America are deploying and have launched at scale, while other leading players in the same regions have delayed launches, including some of the telcos that have helped drive telco cloud as a whole over the past few years, e.g. AT&T, Deutsche Telekom, Rakuten, Telefónica and Vodafone.

In the July 2022 update to our Telco Cloud Deployment Tracker, which contained a ‘deep dive’ on 5G core roll-outs, we presented an optimistic picture of 5G SA deployments. We pointed out that the number of SA and converged NSA / SA cores. We expect to be launched in 2022 outnumbered the total of NSA deployments. However, as illustrated in the figure below, SA and converged NSA/SA cores are still the minority of all 5G cores (29% in total).

We should also point out that some of the SA and converged NSA / SA deployments shown in the figure below are still in progress and some will continue to be so in 2023. In other words, the launch of these core networks has been announced and we have therefore logged them in our tracker, but we expect that the corresponding deployments will be completed in the remainder of 2022 or in 2023, based on a reasonable, typical gap between when the deployments are publicly announced and the time it normally takes to complete them. If, however, more of these predicted deployments are delayed as per the roll-outs of some of leading players listed above, then we will need to revise down our 2022 and 2023 totals. 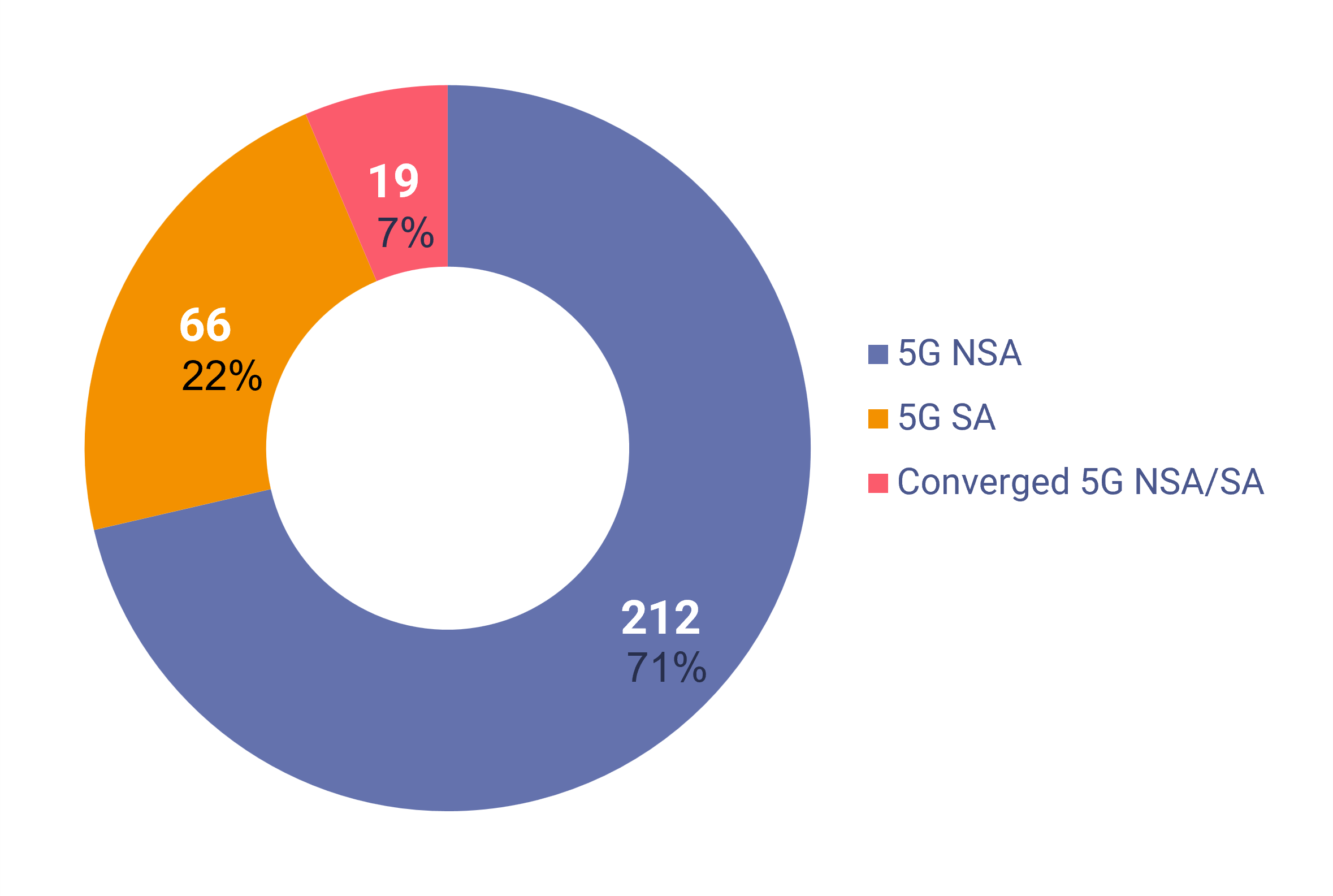