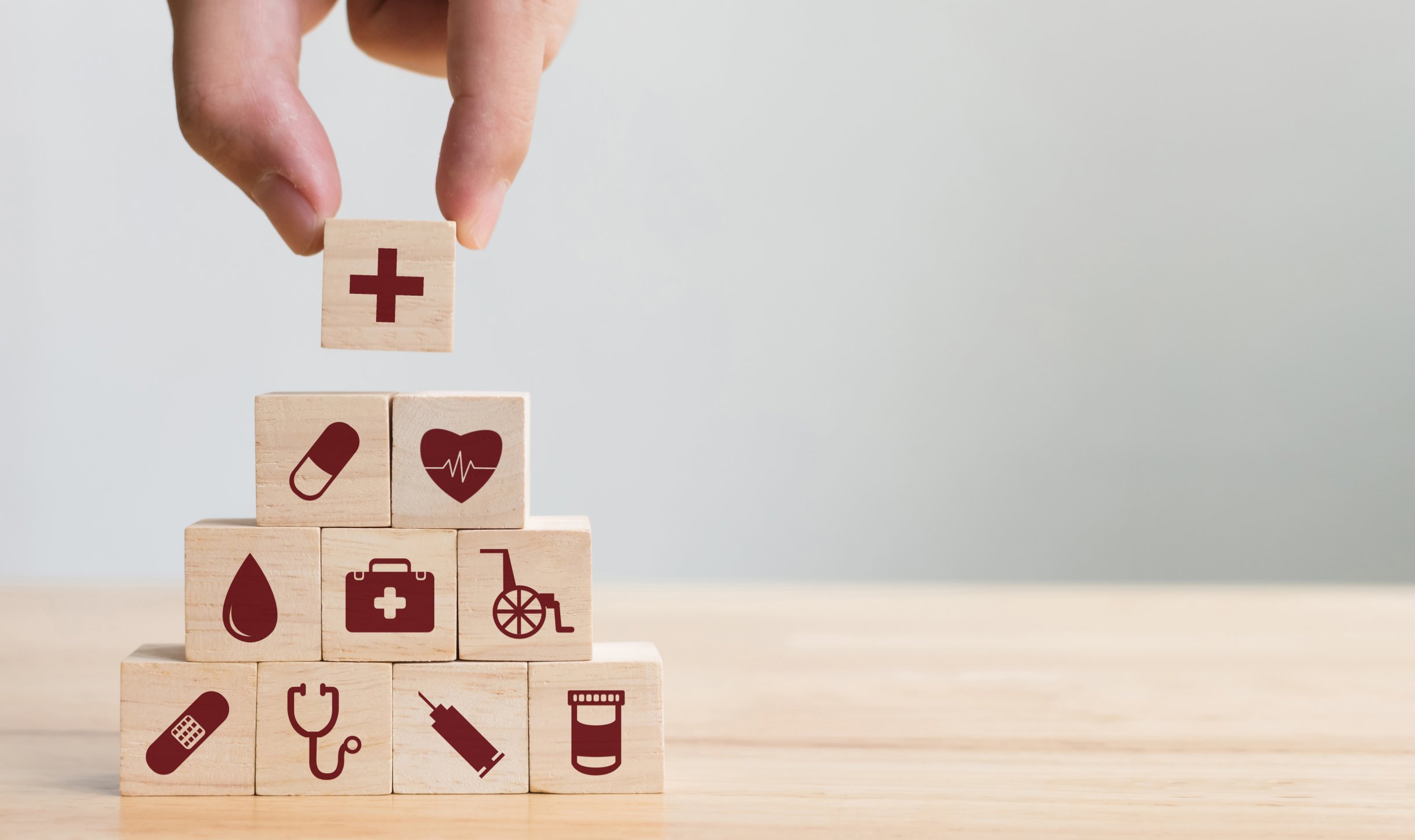 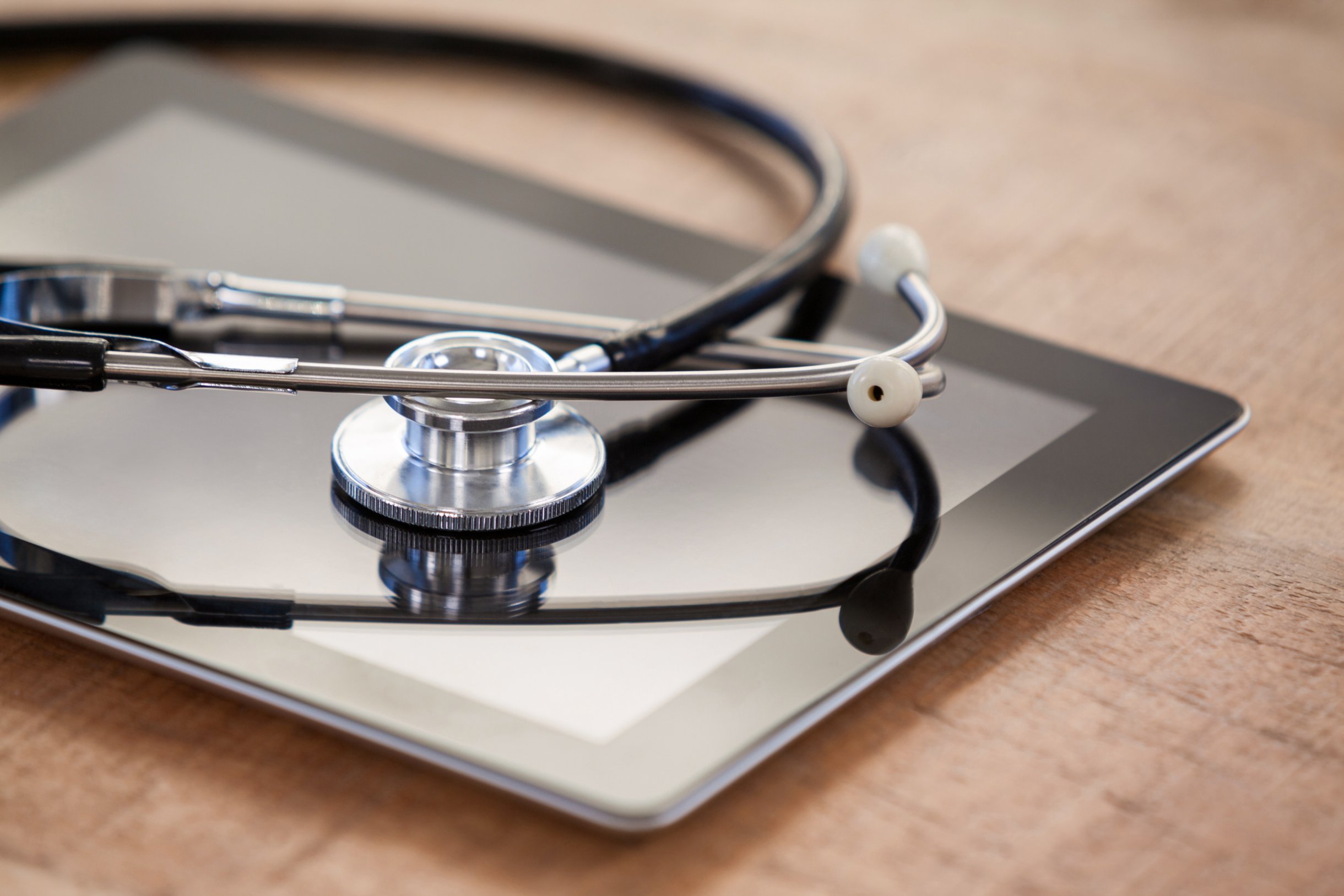 Why is healthcare an attractive sector?

These four trends are not separate – they all interrelate. The true value lies in enabling secure data transfer across the four areas, and presenting data and insights in a useful way for end-users, e.g. GPs don’t have the time to look at ten pages of a patient’s wearable data, in part because they may be liable to act on additional information. 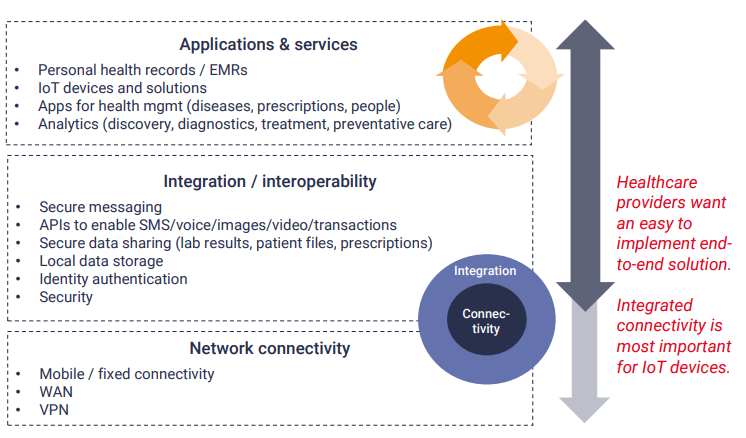 This report explores how telcos can address opportunities across these three layers, as well as how they can partner or compete with other players seeking to support healthcare providers in their digital transformation.

Our follow up report looks at nine case studies of telcos’ healthcare propositions: Telcos in health – Part 2: How to crack the healthcare opportunity 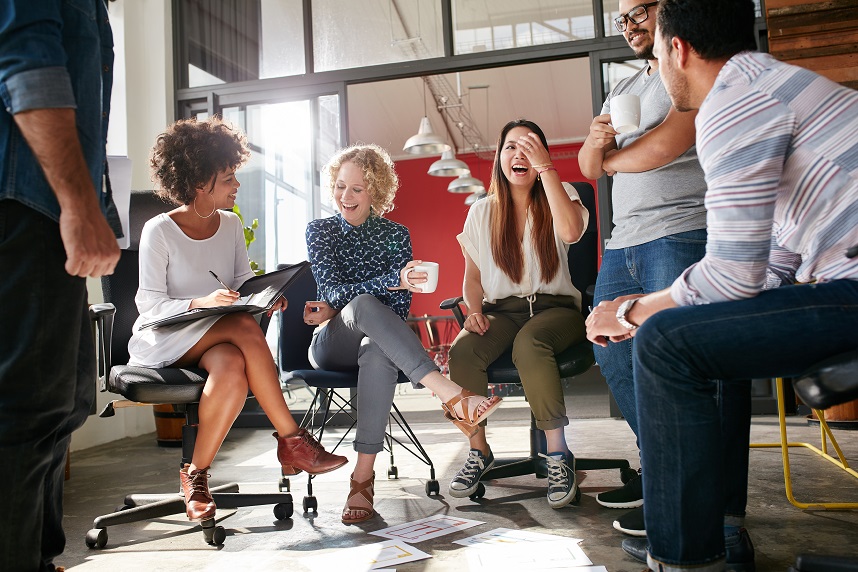 Creating a healthy culture is a key component of success in any organisation. It is particularly important – and challenging – where a company is building a new business operating in a new industry that combines people steeped in an existing cultures. This was the case for TELUS Health in Canada, so we spoke to its then CEO to understand the approach it took.

Whenever we ask our clients what the biggest problem they face is, there’s an excellent chance they will say ‘changing the culture’.

Yet it’s a bit of a coverall statement: what exactly do they mean?

It’s often a bit of a mish-mash of processes, organisation, behaviours and incentives: ‘the way we do things around here’.

Some of this is formalised, through organisation, line-management, how projects are managed and so on. Other aspects are softer – how companies expect people to behave when they are at work: how much autonomy do they have, can they work from home, etc.

To put some structure to this catch-all idea, it can be useful to think about three fundamental components of culture:

Looking at these definitions makes it clear why change needs to be led from the top, and why culture change is so challenging.

It needs to be led from the top because you cannot have a credible common purpose that conflicts with what the leadership says it wants, what it values, or how the organisation acts.

Even if you have clear direction from the top, it’s still hard to change because:

What Paul meant was that one of the key drivers to creating a great culture is to ensure that your team is truly engaged with your organisation’s meaning or purpose, or ‘why are we doing this?’ beyond making money.

In the case of TELUS Health, this is ‘delivering better healthcare outcomes’, and in Paul’s case at least, this idea comes over very strongly in every interaction I have had with him.

Author’s note: I was talking to Paul because I am fascinated by the role that culture plays in business success. I have known some of the team at TELUS Health for several years, and I am always struck by the quality and consistency of their culture across all the people I have met at TELUS. Andrew Collinson, Partner and Research Director, STL Partners.

There is a notable consistency between TELUS’ results on internal measures of employee engagement, customer opinion, and commercial performance.

Is this a coincidence, or is there a link between these results? And if it is not a coincidence, how has it achieved this, and what can others learn?

STL Partners has worked closely with TELUS and TELUS Health over the last few years, analysing the healthcare division’s progress in TELUS Health: Innovation leader case study. We’ve participated in its Healthcare Summits in Toronto and come to know several of its executives over the years. The following is a brief introduction to TELUS Health from our 2017 report.

Why TELUS got into healthcare: a viable growth opportunity

Starting in 2005, led by the CEO Darren Entwistle, TELUS executives came to a consensus that just focusing on connectivity would not be enough to sustain long term revenue growth for telecoms companies in Canada, so the telco began a search into adjacent areas where it felt there were strong synergies with its core assets and capabilities. TELUS initially considered options in many sectors with similar business environments to telecoms – i.e. high fixed costs, capex intensive, highly regulated – including financial services, healthcare and energy (mining, oil).

In contrast with other telcos in Canada and globally, TELUS made a conscious decision not to focus on entertainment, anticipating that regulatory moves to democratise access to content would gradually erode the differentiating value of exclusive rights.

By 2007, health had emerged as TELUS’ preferred option for a ‘content play’, supported by four key factors which remain crucial to TELUS’ ongoing commitment to the healthcare sector, nearly a decade later. These are:

That all four of TELUS’ reasons for investing in healthcare remain equally relevant in 2017/18 as in 2007 is key to its unwavering commitment to the sector. Darren Entwistle refers to healthcare as a ‘generational investment’, saying that over the long term, TELUS may shift into a healthcare company that offers telecoms services, rather than the other way around.

TELUS Health: On leadership and culture

To get insight for this report, I spoke at length with Paul Lepage, President-TELUS Health and Payment Solutions at TELUS, on the recommendation of his colleagues, who’d told me that ‘culture’ was of deep importance to Paul. He has been instrumental in setting up TELUS Health, and holds joint responsibility for TELUS Health on the international markets with Dave Sharma, President, TELUS Partner Solutions and Senior Vice-president, Business Solutions Sales. Paul runs the operation on the ground in Canada, while Dave spearheads partnerships and international activity.

I also requested additional support material from TELUS Health, which is included in the Appendix of this report.

This report would not have been possible without their kind collaboration and openness. Nonetheless, its contents represent the opinion of STL Partners, and were not sponsored or commissioned by TELUS. 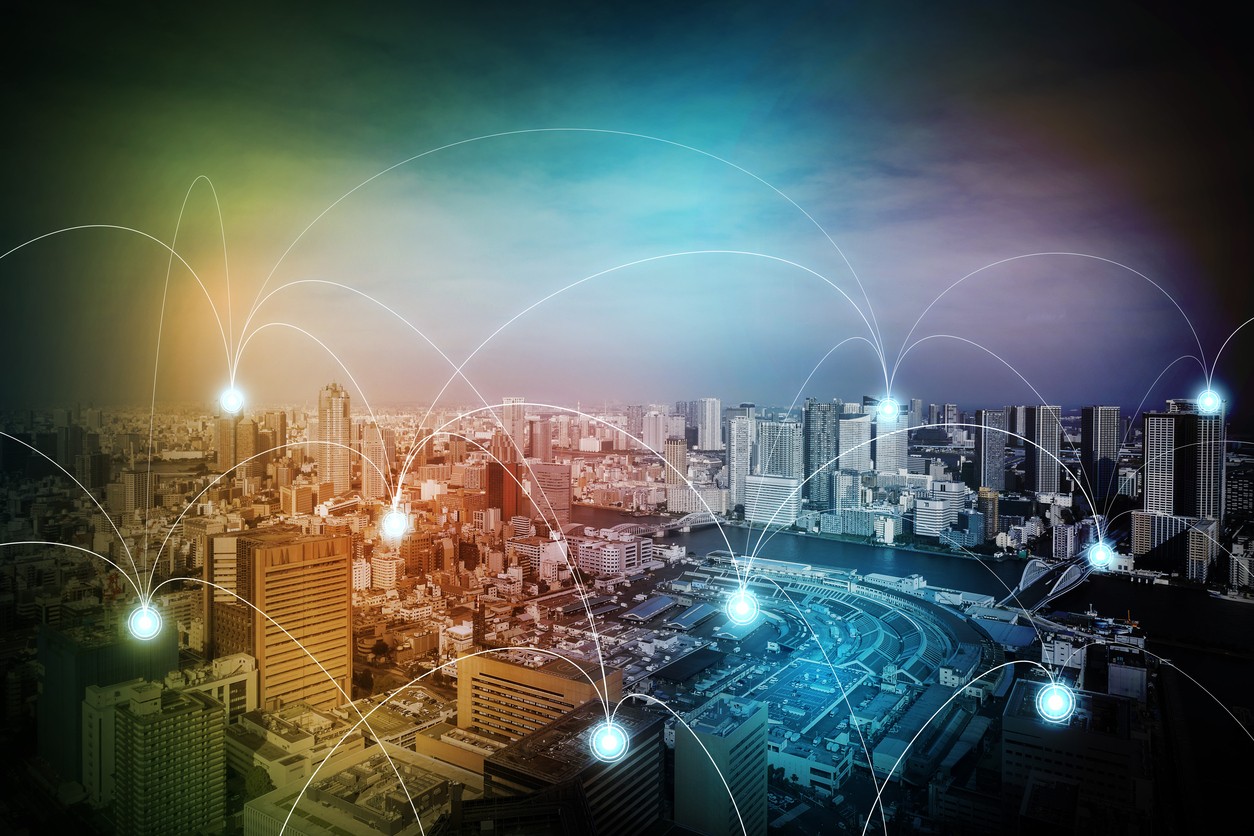 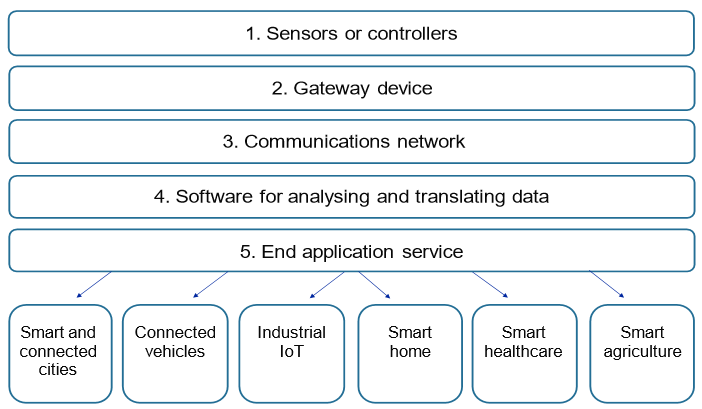 Over the course of 2013-2015, Australian operator Telstra has invested heavily in acquisitions, tapping into the A$11.2bn (US$8.52bn) it received from the Australian government for access to its legacy copper network required to connect the country’s National Broadband Network. Telstra spent $1.2bn on acquiring digital businesses during 2015  alone.

The telco has taken a particularly innovative approach to building its offerings in the healthcare vertical, where its ‘new digital’ investments have focused.

Telstra’s approach to establishing its digital (and non-digital) healthcare business is a good indicator of its future overall digital strategy, at the core of which is a highly customer-centric approach and a commitment to bringing agile and lean business practices to all parts of its own business.

Telstra, is, of course, not an established healthcare brand, either in Australia or elsewhere. As we discuss below, this has created a number of challenges, both in engendering relevance with healthcare customers and in achieving Telstra’s particular aims in the health space. The operator has sought to collaborate with or acquire health service providers in order to overcome these challenges.

Telstra’s overall strategy in regard to its digital health care investments and partnerships has been aggressive and unusual, both in terms of the telco’s rapidity in developing such relationships, and in terms of the relatively large number of eHealth companies which it has invested in or partnered with. Perhaps unsurprisingly, many industry observers have questioned the approach.  Indeed, one could argue that the diversity of the acquisitions and partnerships points to a lack of clear direction, and that the sheer number of these may be difficult for the operator to manage effectively, let alone consolidate into a healthy and growing digital revenue stream.

This report addresses the following:

The Telstra approach to digital healthcare

Telstra has targeted healthcare as the most important focus area for its move into broader digital economy activities, based on the ongoing societal and demographic shifts driving demand for healthcare services and spend on these, and on the high potential for digital technology to be transformative in the sector.

At high level, the primary objective of Telstra’s Health business is to address the central challenges or pain points facing the healthcare industry, and to combine the best features of the services and applications it acquires with the telco’s own core capabilities, to provide relevant digital healthcare solutions. Telstra has identified six healthcare challenge areas its offerings aim to address, shown in Figure 2: 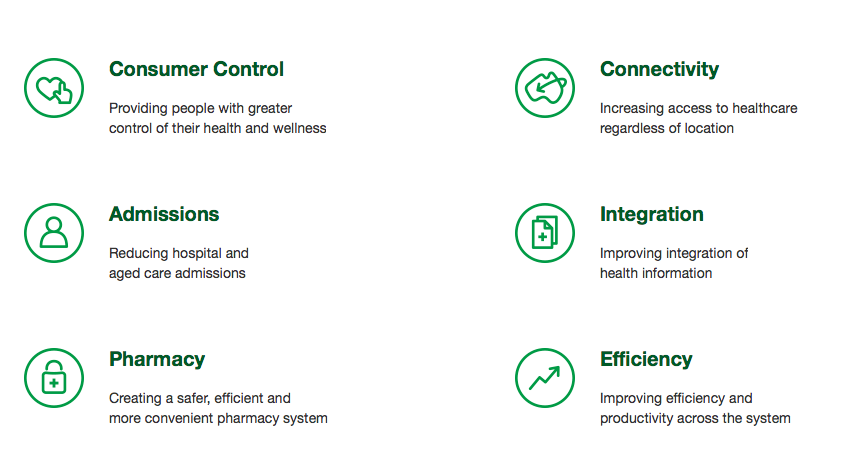 Telstra’s business model, its overall strategy in health and its objectives are all centred around using digital technologies to tackle these health pain points. In practical terms, its goal is to bring the advantages of the digital revolution to bear on the specific challenges facing the health industry – and to develop a profitable new revenue stream in the process.