BT's attempt to acquire EE in the UK presents the regulator and its competitors with choices that could re-frame the principles of regulation and competition in an era of consolidation, with consequences for many other markets. Will BT succeed, and if so, what will be the terms of the deal, and how will the market subsequently play out?

The UK is a high-penetration market (134%), and has for the most part been considered a high-competition one, with 5 MNOs and numerous resellers/MVNOs. However, since the Free.fr and T-Mobile USA price disruptions, the UK has ceased to be one of the cheaper markets among rich countries and now seems a little expensive by French standards, while the EE joint venture effectively means a move down from 5 operators to 4. There has been considerable concern that a price disruption was in the offing since BT acquired 2.6GHz spectrum, perhaps via a “Free-style” BT deployment, or alternatively via BT leasing the spectrum to a third party, possibly Virgin Media or TalkTalk. However, it is not as obvious that there is a big target for price disruption as it was in France pre-Free or the US pre-T-Mobile, as Figure 1 shows. The UK operators are only slightly dearer than the French average, with one exception, and the market is more competitive.

Figure 1: The UK is a slightly dearer cellular market than France 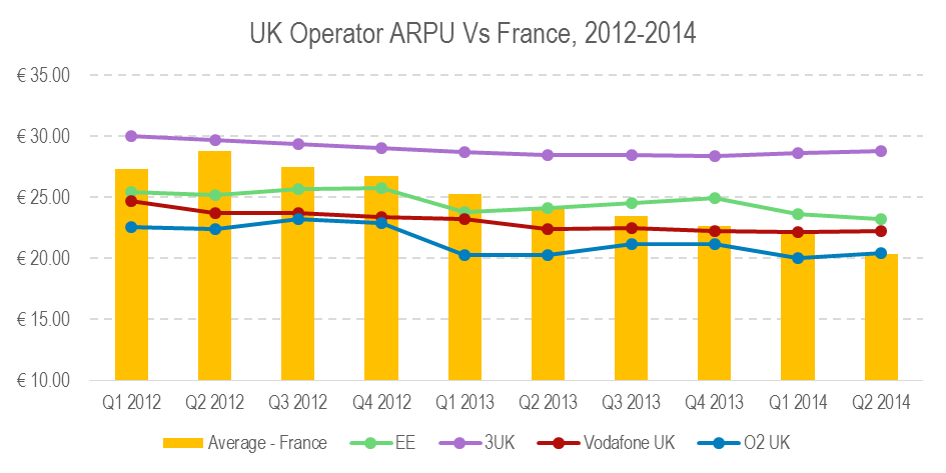 The following chart summarises the current status of the operators. 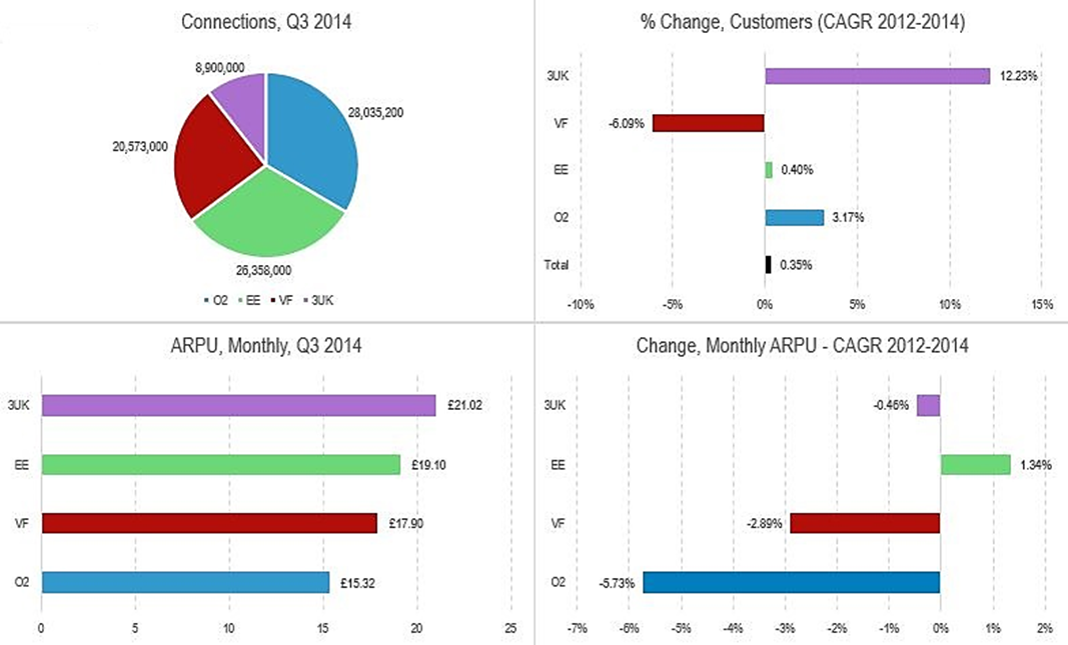 One reason to pick EE over O2 is immediately clear – EE has substantially better ARPU, is increasing it, and is at least holding onto customers. A deeper look into the company shows that the 4G network is just recruiting customers fast enough to compensate for churn away from the two legacy networks. Overall, the market is just growing.

O2 is the cheapest of the four 4G operators and is discounting hard to win share. Meanwhile, Vodafone UK starts to look like a squeezed third operator, losing customers and ARPU at the same time, and fourth operator 3UK looks remarkably strong. In terms of profitability, Figure 4 shows that Vodafone is just managing to hold its margins, while O2 is growing at constant margins, EE is improving its margins, and 3UK is powering ahead, improving its margins, ARPU, and subscriber base at the same time. 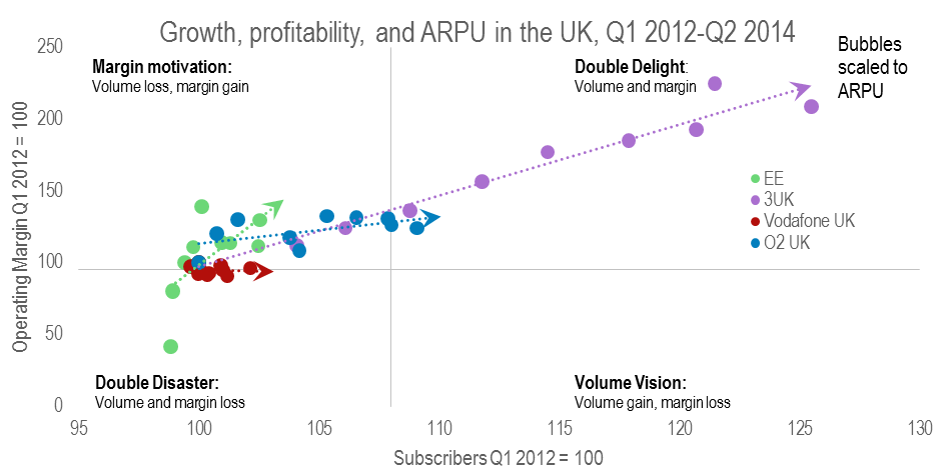