NFV and SDN deployments by primary category, North America, 2016 to 2021 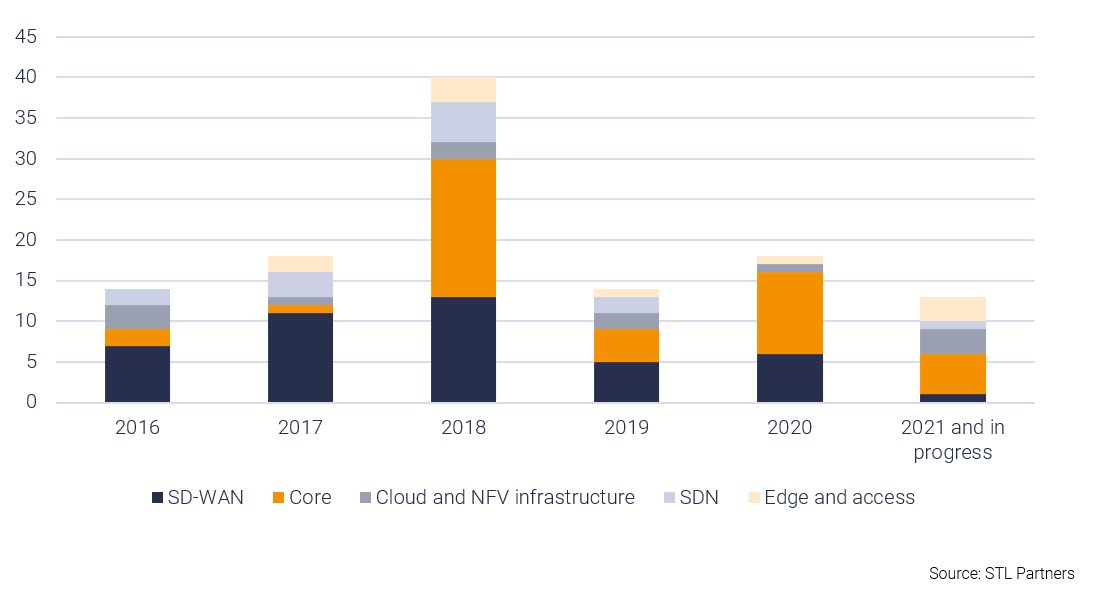 The overall trends in North America are similar to those elsewhere: a strong rise in 5G core deployments (SA alongside NSA) together with a decline in other areas, particularly SD-WAN, which has in previous years been the leading category of NFV / SDN in the region.

It should be noted that only six out of the 17 ‘core’ deployments in 2018, shown above, comprised mobile packet cores. The rest related to other mobile and non-mobile core functions, such as IP Multimedia Subsystem (IMS), Session Border Controllers (SBCs) and core switching. By contrast, all but one of the ‘core’ deployments completed or in progress in 2020 and 2021 were mobile packet cores.

For more information, check our latest report 2020 in review and focus on North America: How should telcos do cloud? or

See our other in-depth research on telco cloud: