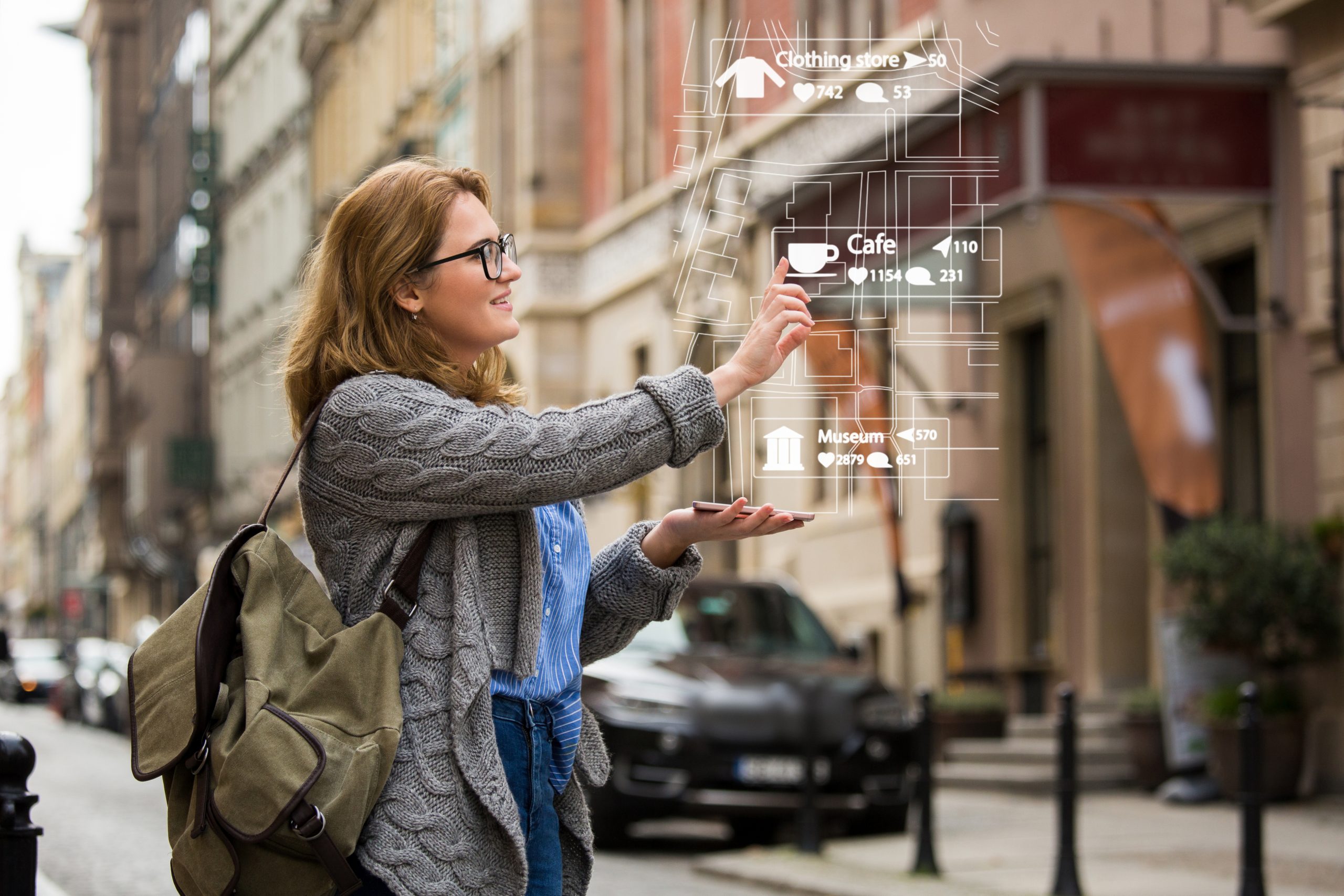 Augmented reality supports many use cases across industries

Revisiting the themes explored in the AR/VR: Won’t move the 5G needle report STL Partners published in January 2018, this report explores whether augmented reality (AR) could become a catalyst for widespread adoption of 5G, as leading chip supplier Qualcomm and some telcos hope.

It considers how this technology is developing, its relationship with virtual reality (VR), and the implications for telcos trying to find compelling reasons for customers to use low latency 5G networks.

This report draws the following distinction between VR and AR

AR can be used to create innovative games, such as the 2016 phenomena Pokemon Go, and educational and informational tools, such as travel guides that give you information about the monument you are looking at.  At live sports events, spectators could use AR software to identify players, see how fast they are running, check their heart rates and call up their career statistics.

Note, an advanced form of AR is sometimes referred to as mixed reality or extended reality (XR). In this case, fully interactive digital 3D objects are superimposed on the real world, effectively mixing virtual objects and people with physical objects and people into a seamless interactive scene. For example, an advanced telepresence service could project a live hologram of the person you are talking to into the same room as you. Note, this could be an avatar representing the person or, where the connectivity allows, an actual 3D video stream of the actual person.

Widespread usage of AR services will be a hallmark of the Coordination Age, in the sense that they will bring valuable information to people as and when they need it. First responders, for example, could use smart glasses to help work their way through smoke inside a building, while police officers could be immediately fed information about the owner of a car registration plate. Office workers may use smart glasses to live stream a hologram of a colleague from the other side of the world or a 3D model of a new product or building.

In the home, both AR and VR could be used to generate new entertainment experiences, ranging from highly immersive games to live holograms of sports events or music concerts. Some people may even use these services as a form of escapism, virtually inhabiting alternative realities for several hours a day.

Given sufficient time to develop, STL Partners believes mixed-reality services will ultimately become widely adopted in the developed world. They will become a valuable aid to everyday living, providing the user with information about whatever they are looking at, either on a transparent screen on a pair of glasses or through a wireless earpiece. If you had a device that could give you notifications, such as an alert about a fast approaching car or a delay to your train, in your ear or eyeline, why wouldn’t you want to use it?

One of the key questions for the telecoms industry is how many of these applications will require very low latency, high-speed connectivity. The transmission of high-definition holographic images from one place to another in real time could place enormous demands on telecoms networks, opening up opportunities for telcos to earn additional revenues by providing dedicated/managed connectivity at a premium price. But many AR applications, such as displaying reviews of the restaurant a consumer is looking at, are unlikely to generate much data traffic. the figure below lists some potential AR use cases and indicates how demanding they will be to support.

Although telcos have always struggled to convince people to pay a premium for premium connectivity, some of the most advanced AR applications may be sufficiently compelling to bring about this kind of behavioural shift, just as people are prepared to pay more for a better seat at the theatre or in a sports stadium. This could be on a pay-as-you-go or a subscription basis.

The pioneers of augmented reality

Augmented reality (AR) is essentially a catch-all term for any application that seeks to overlay digital information and images on the real-world. Applications of AR can range from a simple digital label to a live 3D holographic projection of a person or event.

AR really rose to prominence at the start of the last decade with the launch of smartphone apps, such as Layar, Junaio, and Wikitude, which gave you information about what you were looking at through the smartphone viewfinder. These apps drew on data from the handset’s GPS chip, its compass and, in some cases, image recognition software to try and figure out what was being displayed in the viewfinder. Although they attracted a lot of media attention, these apps were too clunky to break through into the mass-market. However, the underlying concept persists – the reasonably popular Google Lens app enables people to identify a product, plant or animal they are looking at or translate a menu into their own language.

Perhaps the most high profile AR application to date is Niantic’s Pokemon Go, a smartphone game that superimposes cartoon monsters on images of the real world captured by the user’s smartphone camera. Pokemon Go generated $1 billion in revenue globally just seven months after its release in mid 2016, faster than any other mobile game, according to App Annie. It has also shown remarkable staying power. Four years later, in May 2020, Pokemon Go continued to be one of the top 10 grossing games worldwide, according to SensorTower.

In November 2017, Niantic, which has also had another major AR hit with sci-fi game Ingress, raised $200 million to boost its AR efforts. In 2019, it released another AR game based on the Harry Potter franchise.

Niantic is now looking to use its AR expertise to create a new kind of marketing platform. The idea is that brands will be able to post digital adverts and content in real-world locations, essentially creating digital billboards that are viewable to consumers using the Niantic platform. At the online AWE event in May 2020, Niantic executives claimed “AR gamification and location-based context” can help businesses increase their reach, boost user sentiment, and drive foot traffic to bricks-and-mortar stores. Niantic says it is working with major brands, such as AT&T, Simon Malls, Starbucks, Mcdonalds, and Samsung, to develop AR marketing that “is non-intrusive, organic, and engaging.”

The sustained success of Pokemon Go has made an impression on the major Internet platforms. By 2018, the immediate focus of both Apple and Google had clearly shifted from VR to AR. Apple CEO Tim Cook has been particularly vocal about the potential of AR. And he continues to sing the praises of the technology in public.

In January 2020, for example, during a visit to Ireland, Cook described augmented reality as the “next big thing.”  In an earnings call later that month, Cook added: “When you look at AR today, you would see that there are consumer applications, there are enterprise applications. … it’s going to pervade your life…, because it’s going to go across both business and your whole life. And I think these things will happen in parallel.”

Both Apple and Google have released AR developer tools, helping AR apps to proliferate in both Apple’s App Store and on Google Play.  One of the most popular early use cases for AR is to check how potential new furniture would look inside a living room or a bedroom. Furniture stores and home design companies, such as Ikea, Wayfair and Houzz, have launched their own AR apps using Apple’s ARKit. Once the app is familiar with its surroundings, it allows the user to overlay digital models of furniture anywhere in a room to see how it will fit. The technology can work in outdoor spaces as well.

In a similar vein, there are various AR apps, such as MeasureKit, that allow you to measure any object of your choosing. After the user picks a starting point with a screen tap, a straight line will measure the length until a second tap marks the end. MeasureKit also claims to be able to calculate trajectory distances of moving objects, angle degrees, the square footage of a three-dimensional cube and a person’s height.