Amazon has revealed that its cloud services arm is growing very fast and is surprisingly profitable. An analysis of the strategy that underpins the exceptional performance of Amazon Web Services provides important pointers about the future of the cloud computing market, how to balance the trade-off between convenience and cost, and where there may be scope for others (such as telcos) to succeed.

Amazon opens the books on AWS

In Q1 2015, for the first time since the iconic S3 Simple Storage Service launched in 2006, ushering in the cloud era, Amazon has disclosed financial information about Amazon Web Services (‘AWS’) as a standalone business. This move has provided the broader industry with new insight into the cloud computing market and the company that effectively created it.

Headline revenues were in line with analyst expectations: AWS generated $4.6 billion in sales during 2014, up 49% on the previous year. AWS now represents 7% of Amazon’s business by revenue and, due to its sustained and rapid growth since 2006, that figure is rising year-on-year. Figure 1 shows the trends in AWS revenues and the growing contribution the business makes to Amazon’s top line. Although the e-commerce market still has plenty of scope to grow (e-commerce still only represents 7% of total US retail sales), the cloud computing market is growing faster still.

These sales numbers confirm Amazon’s strong and arguably dominant position in the ‘cloud computing’ market, equating to 28% market share. However, care must be taken here because the market is not homogenous and leading players (including Amazon) do not breakdown their cloud revenues by product type. The cloud market can be segmented into three main areas: IaaS (infrastructure-as-a-service), PaaS (platform-as-a-service) and SaaS (software-as-a-service).

Microsoft, for example, has a ‘Commercial Cloud’ reporting line, which includes both its key Azure (IaaS and PaaS) and Office 365/Dynamics CRM (SaaS) products. Microsoft said its commercial cloud revenue grew 106% (up 111% in constant currency) in the quarter ending March 31, and now has an annualised revenue run rate of $6.3 billion.

However, Microsoft’s core strength is in the SaaS segment of the market. In IaaS, AWS is a clear leader. Figure 2 shows a representative analyst estimate for the combined IaaS, PaaS, private cloud and hybrid cloud markets.

Whilst the new revenue numbers show how AWS has become an increasingly important component of Amazon’s portfolio, and an overall leader in the ‘cloud’ market, the more interesting (and to some, surprising) numbers are its reported operating expenses and margins. These are fascinating in two respects:

Why are AWS’ margins so strong?

Throughout its history, Amazon has kept its prices and margins low in order to drive growth. This is the famous ‘flywheel’ Amazon CTO Werner Vogels evoked at a Telco 2.0 event in 2009: cut prices and invest aggressively to drive scale, increasing operational efficiencies and therefore the scope for further price cuts. 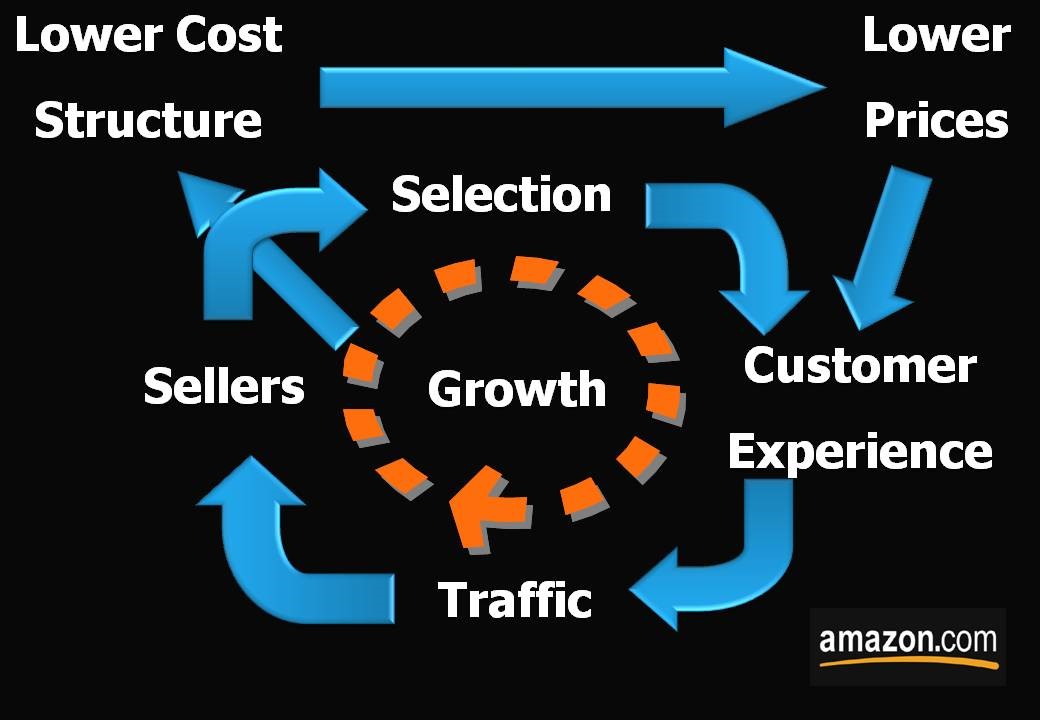 Amazon has enjoyed impressive revenue growth with this strategy – it is growing at c. 20% p.a., much of which is still attributable to e-commerce rather than AWS, but this has been achieved at the expense of operating income, which has remained close to zero (see Figure 5).

The low profitability of Amazon’s e-commerce business displayed in Figure 3 is not necessarily a cause for concern. Amazon is unprofitable, but this is a strategic decision and, crucially, investors have tolerated this situation to date. However, Amazon will need to turn a profit eventually and its share price is becoming increasingly sensitive to profitability, rather than revenue growth alone: a worse-than-expected loss in Q2 2014 prompted a 10% drop in its share price during after-hours trading, whilst Amazon’s latest results (flagging the high AWS margins) prompted a 14% jump.

AWS has its own flywheel

Perhaps surprisingly, aggressive price competition and heavy investment – the Amazon ‘flywheel’ – appears to be equally, if not even more, characteristic of the higher-margin AWS. In all, AWS has cut its prices more than 42 times since 2006, amounting to a 50% reduction every three years.

With AWS becoming an increasingly large component of Amazon’s portfolio, the company was under pressure from investors to disclose more information on AWS. In making the disclosures, Amazon has highlighted how it is nurturing a profitable and fast-growing business that could lift the group towards higher margins – and therefore dividends. 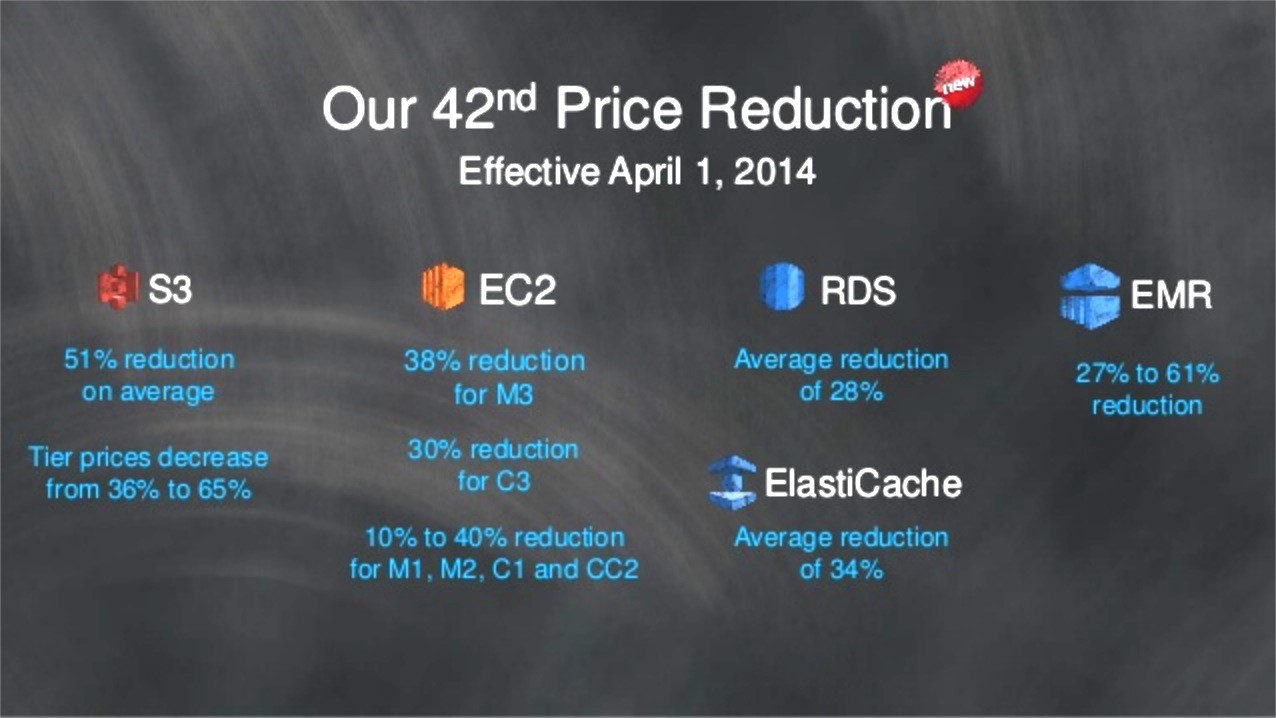 The computer industry has always been deflationary, thanks to Moore’s Law, and the cloud computing segment even more so, thanks to the combination of Moore’s Law and the scale efficiencies generated by large data centres. Within this environment of falling prices, AWS is typically the leader in cutting them further. The next section considers why AWS’ operating margins are so strong, whether it will sustain these, and the implications for Amazon and others.