We believe that the reason it has not yet delivered is linked to how the technology has been deployed, both in terms of the technical architecture, and how the telco has organised itself to operate it. Most telco cloud deployments to date fall into two categories, driven by the operator’s starting point in making the decision to proceed:

A function-first approach to telco cloud 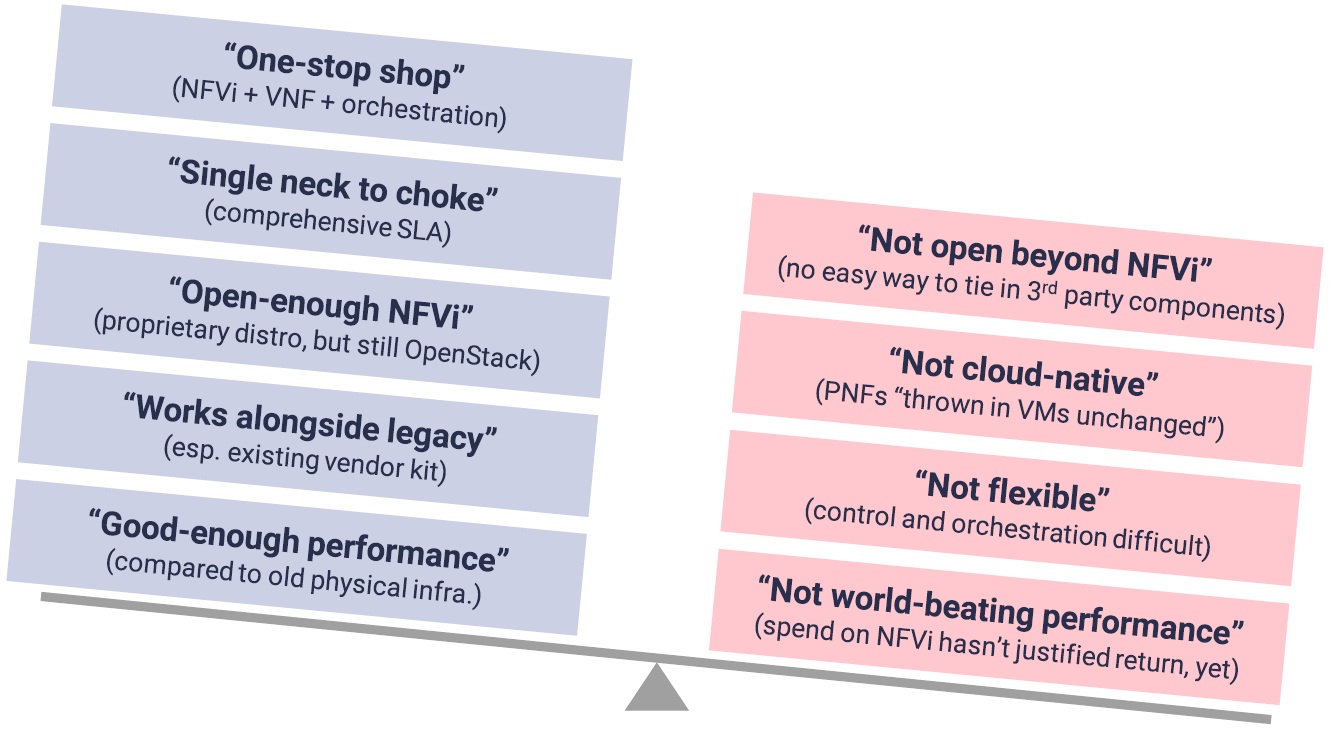 The majority of operators (around three-quarters of our sample) have come at telco cloud because of an immediate need to virtualise a given service or component of their network. In most cases, this is the Evolved Packet Core, which handles data on 4G mobile networks. Usually, traffic growth in mobile networks is substantial, which means greater capacity is required, and operators wish to support that capacity in a cost-effective, and fairly future-proofed manner, rather than deploying traditional physical infrastructure.

When operators are driven by such needs, there is always an element of urgency. Deployments must be up and running as quickly as possible. For this reason, most operators coming at telco cloud from a function-first perspective have deployed what we term a vertically-integrated NFV stack.

A platform-first approach to telco cloud

If the vertically-integrated stack doesn’t deliver, the obvious conclusion might be that we should prioritise building a horizontally-integrated telco cloud which does not suffer from the drawbacks of working with a single vendor. Many of the operators we spoke to agreed.

These operators look to build a single cloud platform that can be used to support any and all telco applications, both now and in the future. Components from different vendors can run side-by-side, in perfect harmony, and swapped in and out at the operator’s wish. Through doing so, operators can foster greater competition between vendors, driving performance improvements and ultimately delivering a better end-user experience.

A handful of leading operators have managed to roll out impressive multi-vendor telco clouds, designed from the ground up for their needs. These operators have control over which components are and aren’t allowed on the platform, and in all cases have realised significant performance uplift by pitching multiple vendors against each other, forcing them to improve to win.