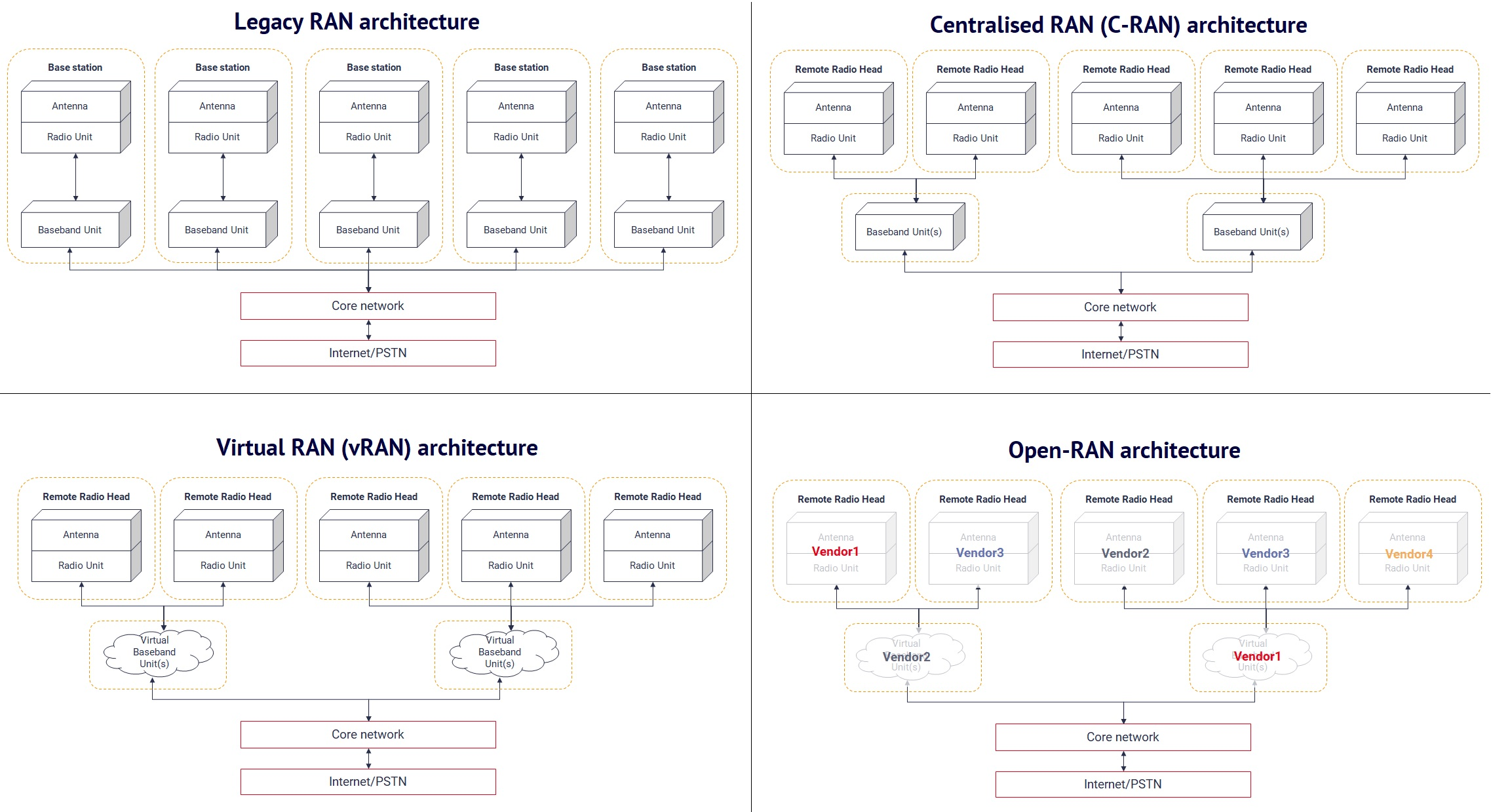 This enables more effective control and programming of capacity, latency, spectrum usage and service quality, including in support of 5G core-enabled technologies and services such as network slicing, URLLC, etc. In particular, baseband functionality can be split between more centralised sites (central baseband units – CU) and more distributed sites (distributed unit – DU) in much the same way, and for a similar purpose, as the split between centralised control planes and distributed user planes in the mobile core.

Open-RAN – note the hyphenation – involves replacing the vendor-proprietary interfaces between the BBU and the RRU with open standards. This enables BBUs (and parts thereof) from one or multiple vendors to interoperate with radios from other vendors, resulting in a fully disaggregated RAN.

See our in depth research on Open RAN