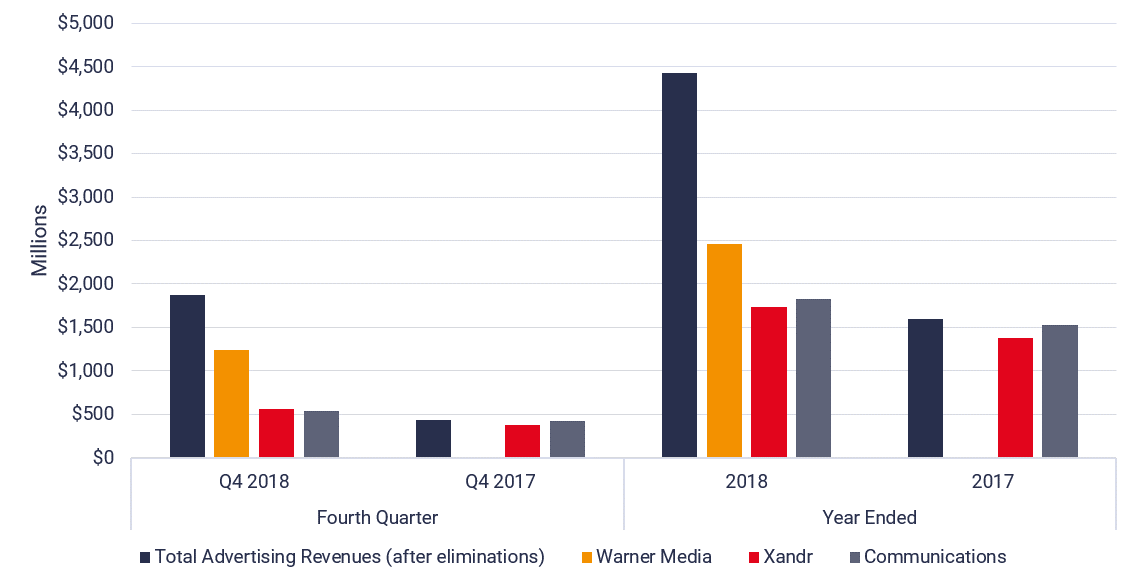 In June 2018, AT&T acquired Time Warner for US$109 billion and established its WarnerMedia unit (including Warner Brothers Studios and Turner Channels). The purchase quadrupled its advertising inventory, which was further extended with the purchase of a controlling stake in Otter Media (valued at US$1 billion) in August 2018.  That same month AT&T acquired the global, sell-side advertising platform AppNexus (estimated value US$1.6 billion). In September 2018, it combined AppNexus adtech with AT&T’s existing advertising and analytics businesses to form Xandr.

The intention was to increase the value of advertising and monetise it by leveraging adtech and combined data assets to enable more accurate targeting of ads across channels, formats and devices.

The addition of AppNexus resulted in Xandr revenues of US$566 million in the fourth quarter 2018 – a 48.6% increase on the previous year (without AppNexus, growth was 26%).  This, coupled with revenues from its additional ad inventory (Warner Media), helped AT&T to more than quadruple quarterly ad revenue year-on-year and took ad revenues close to US$4.5 billion annually.

However this revenue came at a higher cost than Xandr had previously experienced and its margin was driven down. 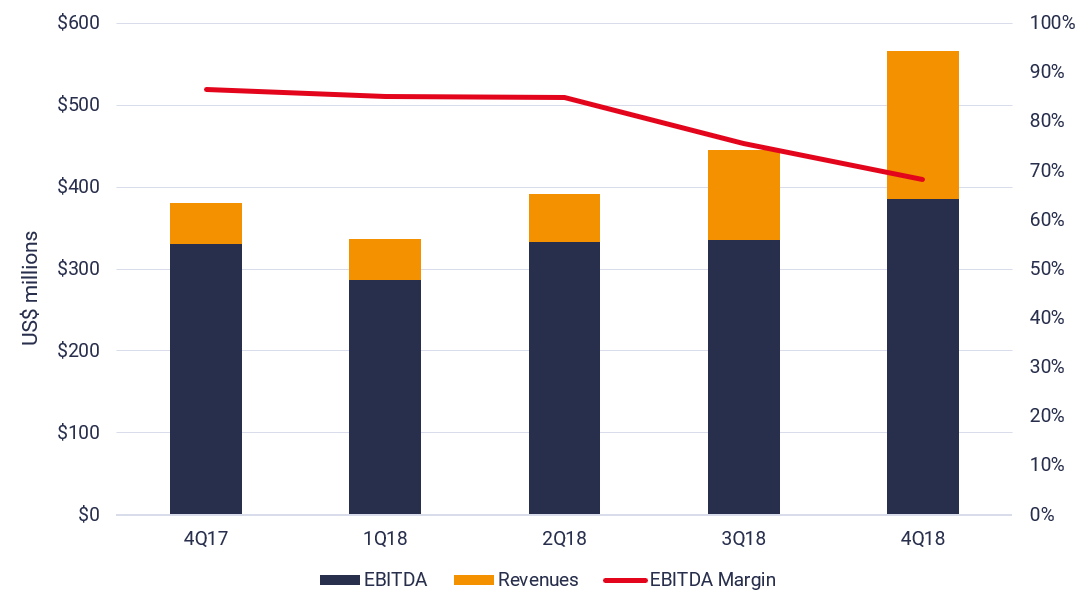 At the time this report was written (2019), AT&T was expected to shift its focus away from M&A activity. It needed to concentrate on driving Xandr’s growth and profitability. It was to prioritise debt repayments and emphasize data integration efforts to merge AT&T and WarnerMedia (i.e. AudienceNow) data and enable its differentiated ad targeting capabilities across TV and digital properties. It had begun to trial its advanced omnichannel advertising solutions through four test balloons, which leveraged its rich subscriber data and its newly acquired WarnerMedia content assets, driven by its adtech. In the words of Randall Stephenson, AT&T’s then CEO, the combination of premium/brand-safe, digital and television inventory, together with a multitude of behavioural data would enable AT&T to “monetize advertising at three to five times what is done on just a traditional TNT, TBS and so forth.”

But AT&T’s ambitious expansion into content and advertising came at a time when the core business was grappling with how best to deploy 5G technologies and keep pace with Verizon. STL Partners highlighted the risk that AT&T’s diverted attention could result in insufficient management bandwidth and consequent strategic missteps in the connectivity market, which would undermine the case for an integrated conduit/content play.

Recent rumors regarding the potential divestiture of Xandr would seem to support this assessment.