Our overview of edge compute gives you some of the current thinking about edge. Read more specialist research and articles on edge and get in touch with our edge specialists on our edge hub.

What is edge computing?

Edge computing brings the capabilities of cloud close to the end-user or end-device. There are debates around edge computing vs fog computing. In reality, the two have similar objectives. A small difference is that fog computing can include running intelligence on the end-device and is more Internet of Things (IoT) focused.

Telcom operators often treat edge as synonymous with mobile edge computing or multi-access edge computing – compute based on the edge of the network. However, telco edge compute includes workloads running on customer premise equipment and other points of presence at the customer site.

We say telco edge is best thought of as distributed compute, managed by the operator, which may extend beyond the network edge and onto the customer edge.

Telco edge cloud incorporates the benefits of cloud and local computing, and ‘local’ can be on-device or on-premises. Customers can run low latency applications, as well as cache or process data close to the data source. This can also reduce backhaul traffic volumes and costs.

Below we provide a simple definition of Edge computing. Included are some of the other key terms in edge computing defined.

Edge computing: edge compute is a physical compute infrastructure that is positioned on the spectrum between the device and the hyperscale cloud, supporting various applications. Edge computing brings processing capabilities closer to the end user/device/source of data which eliminates the journey to the cloud data centre and reduces latency.

Telco edge computing: distributed compute, managed by the telco operator, which may extend beyond the network edge and onto the customer edge. Customers can run low latency applications as well as cache or process data close to the data source to reduce backhaul traffic volumes and costs.

On-premise edge computing: computing resources on customer premises that are managed by a network operator for applications and functions. These functions run in virtualised environments as cloud-based operations across a distributed edge architecture. On-premise edge computing retains sensitive data on-premises while still taking advantage of the elasticity offered by the edge cloud.

Edge Cloud: Virtualised infrastructure and business models on top of the edge compute. Edge cloud captures the benefits of both cloud and on-premise servers, as it has the flexibility and scalability and the capacity to handle sudden spikes in workloads from unplanned increases in end-user activities.

Private Cloud: cloud deployment model where computing services are offered over a private network to a set of dedicated users. Private cloud also offers the benefits of a public cloud such as scalability and agility, but the key difference is that private cloud delivers higher security and data privacy through the internal hosting of cloud infrastructure.

Network edge: this is where enterprise-owned networks such as wireless LAN or data centres connect to third-party networks like the internet.

What is edge cloud?

Although the terms are used interchangeably, edge computing and edge cloud refer to slightly different things. Edge computing primarily refers to the physical compute infrastructure that is positioned on the spectrum between device and hyperscale cloud, and supports various applications. However, edge cloud is the virtualised infrastructure and business models on top of compute.

And like cloud, edge cloud is flexible and scalable. Unlike static, on-premise servers, it has the capacity to handle sudden spikes in workloads from unplanned increases in end-user activity. It also helps scale when testing and deploying new applications so a great solution for enterprise. Again, the efficiency and scalability are cost benefits here.

Telco edge is suited to applications that are mobile as it can scale up and down as well as move across different telco edge locations.

Where is the edge?

The edge spans anywhere between the end-device and the cloud/internet. However, telco edge computing is a subset of this.

There are multiple potential locations for telco edge computing on and off the public network. These include customer premises, cell towers, street cabinets, and network aggregation points in the access and core network. The decision for where to put edge compute infrastructure for a telco depends on three factors:

a) the telco’s current network architecture
b) the virtualisation roadmap, which is where you plan data centre facilities for network applications
c) demand and the use cases telcos have to cater to.

For example, cell towers are close to the customer edge and cover a wider area than street cabinets. These would suit low latency communication for autonomous vehicles – letting cars have real-time responses based on current environment and what’s happening further up the road.

What are edge use cases?

Telco edge incorporates the benefits of both local computing (for example, on the premises) and cloud computing. The advantages of edge computing include customers being able to run low latency applications better, as well as cache or process data close to the data source to reduce backhaul traffic volumes and costs.

On the other hand, like cloud, telco edge compute should offer flexibility and scalability. Telco edge compute can provide capacity to handle sudden spikes in workloads from unplanned increases in end-user activity or address enterprises’ need to scale quickly when developing, testing and deploying new applications. For mobile applications, edge compute not only needs to scale up and down, but also move across different telco edge locations. 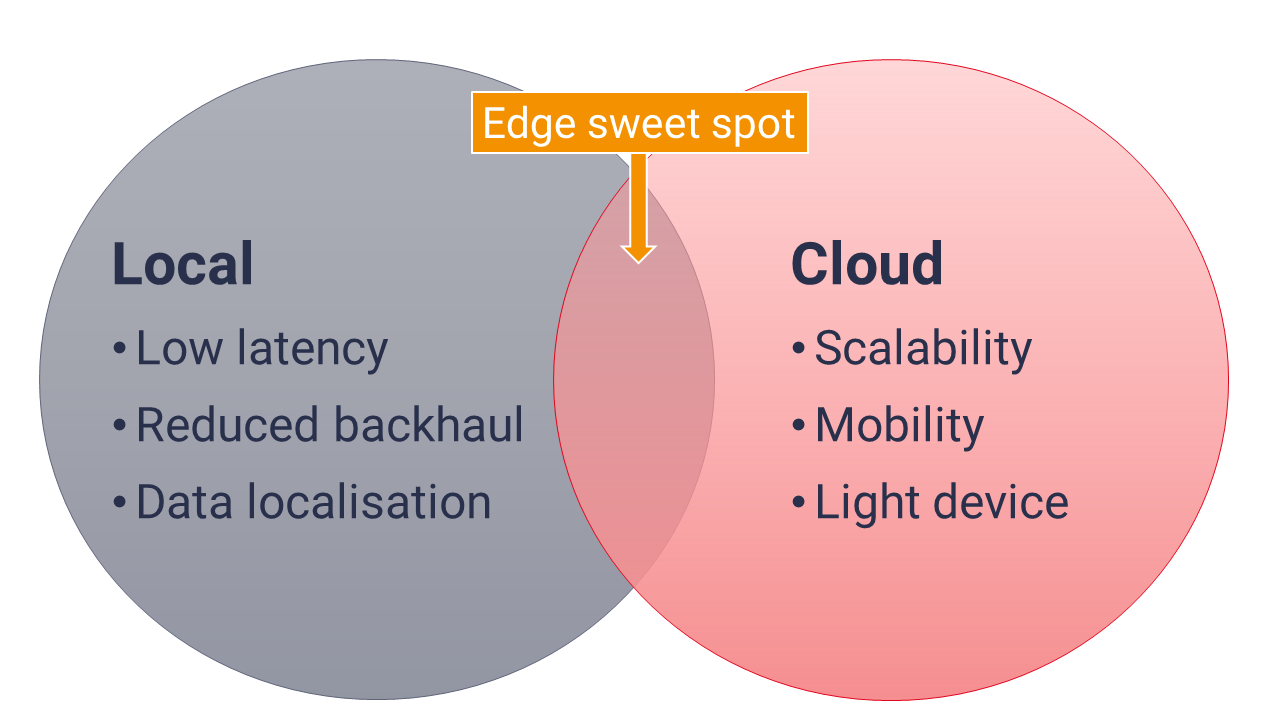 Will low latency use cases benefit most from edge?

The short answer is no. There are many other benefits of edge computing that we have already discussed.

There is a lot of hype for the millisecond latency use cases – such as augmented reality and virtual reality, autonomous cars, and drones, as well as edge computing for IoT in mission-critical applications. Despite the excitement in the industry for these use cases, there is still work to make them commercial. Sometimes it is technology maturity, or for regulation, to catch up.

For example, ahead of autonomous cars, the UK government is proposing a three-year review of existing law to consider responsibility of humans and computers. In the case of AR and VR, the technology is not yet appropriate for many use cases. Some of these challenges include the size, weight and power needs of headsets that make them impractical for remote use over long periods of time. Technology companies are working to improve headset form factor, for example Facebook’s Oculus Rift S.

For enterprises, these industries are examples of those that could benefit from edge computing:​

For consumers, the following use cases could benefit from edge computing:​

There is significant overlap in the use cases for both, such as AR and VR, autonomous cars, industry 4.0, IoT etc. Although edge computing supports these low latency applications, 5G enhances it by improving throughput and reducing latency.

In some cases, we need both to achieve latency that’s below 10 milliseconds. But there are still challenges for 5G as telcos will deploy gradually at first and focus on major cities. For this reason it could undermine adoption of applications such as enterprise AR. Telcos can combine edge compute with 4G to create workarounds in areas where 5G is yet to be rolled out. We have provided more on this question.

What are the potential edge computing business models for telcos?

Telcos could run applications on a distributed compute infrastructure as a service for third parties and internal, non-network applications teams. With this, the potential business models vary – from co-location, to infrastructure-as-a-service (IaaS), to a systems integrator model. We identified five key edge business models in recent research and it should be useful reading for you.

The key benefit of edge computing for enterprises is sending less data back to the cloud for storage and processing. This is particularly relevant for data-sensitive applications and those generating huge data volumes, such as in industrial IoT (IIoT) or high-definition video capture. Organisations like the Industrial Internet Consortium offer useful case studies in this area.

Reducing backhaul clearly benefits the telco, as it lowers associated network and interconnect costs. If operators split the price of access from backhaul they could pass on cost savings to the edge customer.

This means changing pricing models for connectivity. Currently enterprises have no incentive to run workloads at the network edge that reduce backhaul because they pay the same whether data travels all the way to the public or private cloud or not.

Public cloud adoption has grown exponentially across enterprises so telcos that want to offer telco edge services should draw lessons from the cloud players’ success.

Telcos shouldn’t see telco edge as a competitor to existing cloud solutions. Instead they should partner with existing players, for example AWS, Azure and Google, to create solutions that can be easily adopted. This could mean offering telco edge via a cloud provider platform. Telcos will also get value from being able to manage workloads up (to the cloud) and down (to the device or premises) seamlessly.

Edge compute is an exciting area that’s gaining momentum. Telcos and vendors will need to consider the business models carefully if they’re to monetise the opportunities and apply the best edge solutions for their company. 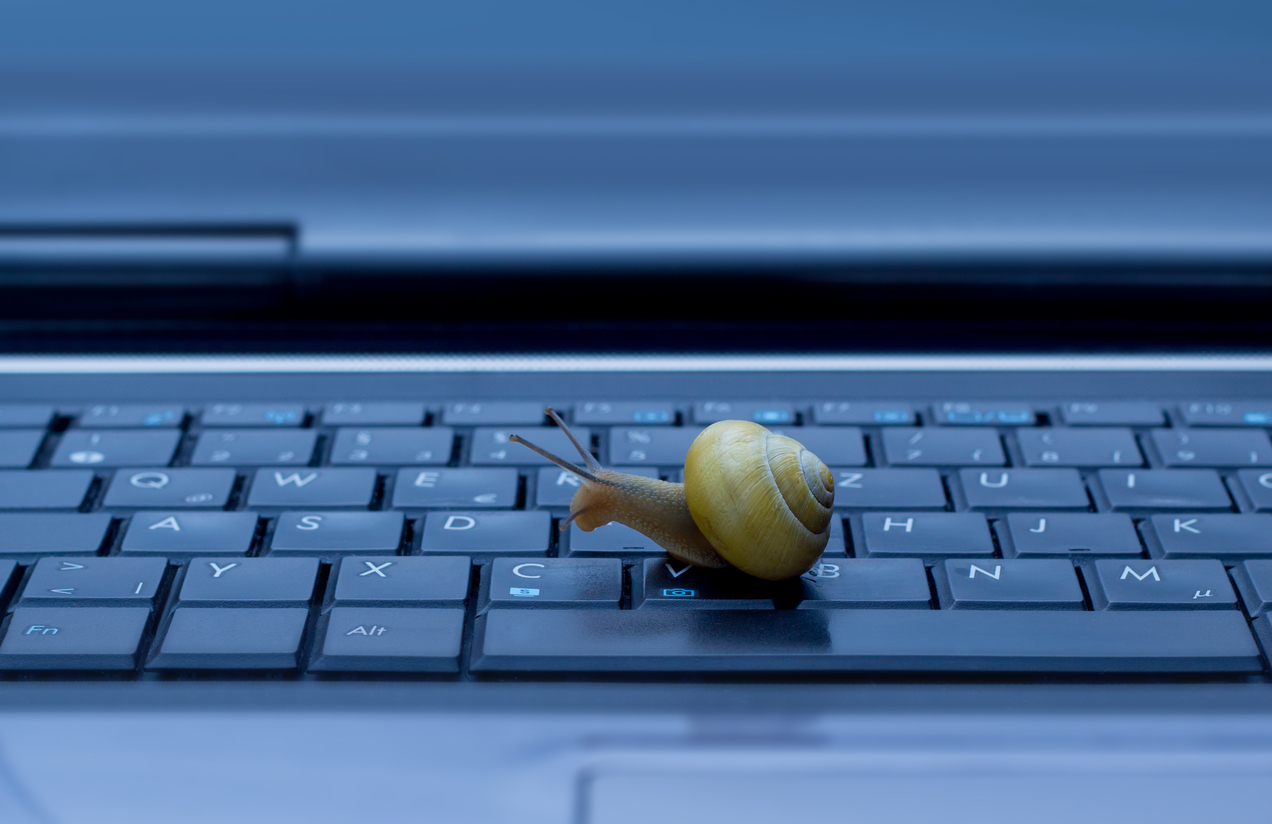