Related Webinar – 5G Telco Clouds: Where we are and where we are headed

This research report will be expanded upon on our upcoming webinar 5G Telco Clouds: Where we are and where we are headed. In this webinar we will argue that 5G will only pay if telcos find a way to make telco clouds work. We will look to address the following key questions:

A network running in the cloud

Back in the early 2010s, the idea that a telecoms operator could run its network in the cloud was earth-shattering. Telecoms networks were complicated and highly-bespoke, and therefore expensive to build, and operate. What if we could find a way to run networks on common, shared resources – like the cloud computing companies do with IT applications? This would be beneficial in a whole host of ways, mostly related to flexibility and efficiency. The industry was sold.

Because the software (the VNF) is not tied to hardware, operators would have much more flexibility over how their network is deployed. As long as we figure out a suitable way to control and configure the apps, we should be able to scale deployments up and down to meet requirements at a given time. And as long as we have enough high-volume servers, switches and storage devices connected together, it’s as simple as spinning up a new instance of the VNF – much simpler than before, when we needed to procure and deploy dedicated pieces of equipment with hefty price tags attached.

An additional benefit of moving to a software model is that operators have a far greater degree of control than before over where network functions physically reside. NFV infrastructure can directly replace old-school networking equipment in the operator’s central offices and points of presence, but the software can in theory run anywhere – in the operator’s private centralised data centre, in a datacentre managed by someone else, or even in a public hyperscale cloud. With a bit of re-engineering, it would be possible to distribute resources throughout a network, perhaps placing traffic-intensive user functions in a hub closer to the user, so that less traffic needs to go back and forth to the central control point. The key is that operators are free to choose, and shift workloads around, dependent on what they need to achieve.

Somewhere along the way, we began talking about the telco cloud. This is a term that means many things to many people. At its most basic level, it refers specifically to the data centre resources supporting a carrier-grade telecoms network: hardware and software infrastructure, with NFV as the underlying technology. But over time, the term has started to also be associated with cloud business practices – that is to say, the innovation-focussed business model of successful cloud computing companies

In this model, telco infrastructure becomes a flexible technology platform which can be leveraged to enable new ways of working across an operator’s business. Operations become easier to automate. Product development and testing becomes more straightforward – and can happen more quickly than before. With less need for high capital spend on equipment, there is more potential for shorter, success-based funding cycles which promote innovation.

Much has been written about the vast potential of such a telco cloud, by analysts and marketers alike. Indeed, STL Partners has been partial to the same. For this reason, we will avoid a thorough investigation here. Instead, we will use a simplified framework which covers the four major buckets of value which telco cloud is supposed to help us unlock:

Figure 3: The telco cloud promise: Major buckets of value to be unlocked

These four buckets cover the most commonly-cited expectations of telcos moving to the cloud. Swallowed within them all, to some extent, is a fifth expectation: cost savings, which have been promised as a side-effect. These expectations have their origin in what the analyst and vendor community has promised – and so, in theory, they should be realistic and achievable.

At STL Partners, we track the progress of telco cloud primarily through our NFV Deployment Tracker, a comprehensive database of live deployments of telco cloud technologies (NFV, SDN and beyond) in telecoms networks across the planet. The emphasis is on live rather than those running in testbeds or as proofs of concept, since we believe this is a fairer reflection of how mature the industry really is in this regard.

What we find is that, after a slow start, telcos have really taken to telco cloud since 2017, where we have seen a surge in deployments:

All of the major operator groups around the world are now running telco clouds, as well as a significant long tail of smaller players. As we have explained previously, the primary driving force in that surge has been the move to virtualise mobile core networks in response to data traffic growth, and in preparation for roll-out of 5G networks. To date, most of it is based on NFV: taking existing physical core network functions (components of the Evolved Packet Core or the IP Multimedia Subsystem, in most cases) and running them in virtual machines. No operator has completely decommissioned legacy network infrastructure, but in many cases these deployments are already very ambitious, supporting 50% or more of a mobile operator’s total network traffic.

Yet, despite a surge in deployments, operators we work with are increasingly frustrated in the results. The technology works, but we are a long way from unlocking the value promised in Figure 2. Solutions to date are far from open and vendor-neutral. The ability to monitor, optimise and modify systems is far from ubiquitous. Performance is acceptable, but nothing to write home about, and not yet proven at mass scale. Examples of truly innovative services built on telco cloud platforms are few and far between.

We are continually asked: will telco cloud really deliver? And what needs to change for that to happen?

The problem: flawed approaches to deployment

Learning from those on the front line

The STL Partners hypothesis is that telco cloud, in and of itself, is not the problem. From a theoretical standpoint, there is no reason that virtualised and programmable network and IT infrastructure cannot be a platform for delivering the telco cloud promise. Instead, we believe that the reason it has not yet delivered is linked to how the technology has been deployed, both in terms of the technical architecture, and how the telco has organised itself to operate it.

To test this hypothesis, we conducted primary research with fifteen telecoms operators at different stages in their telco cloud journey. We asked them about their deployments to date, how they have been delivered, the challenges encountered, how successful they have been, and how they see things unfolding in the future.

Our sample includes individuals leading telco cloud deployment at a range of mobile, fixed and converged network operators of all shapes and sizes, and in all regions of the world. Titles vary widely, but include Chief Technology Officers, Heads of Technology Exploration and Chief Network Architects. Our criteria were that individuals needed to be knee-deep in their organisation’s NFV deployments, not just from a strategic standpoint, but also close to the operational complexities of making it happen.

What we found is that most telco cloud deployments to date fall into two categories, driven by the operator’s starting point in making the decision to proceed:

The operators we spoke to were split between these two camps. What we found is that the starting points greatly affect how the technology is deployed. In the coming pages, we will explain both in more detail. 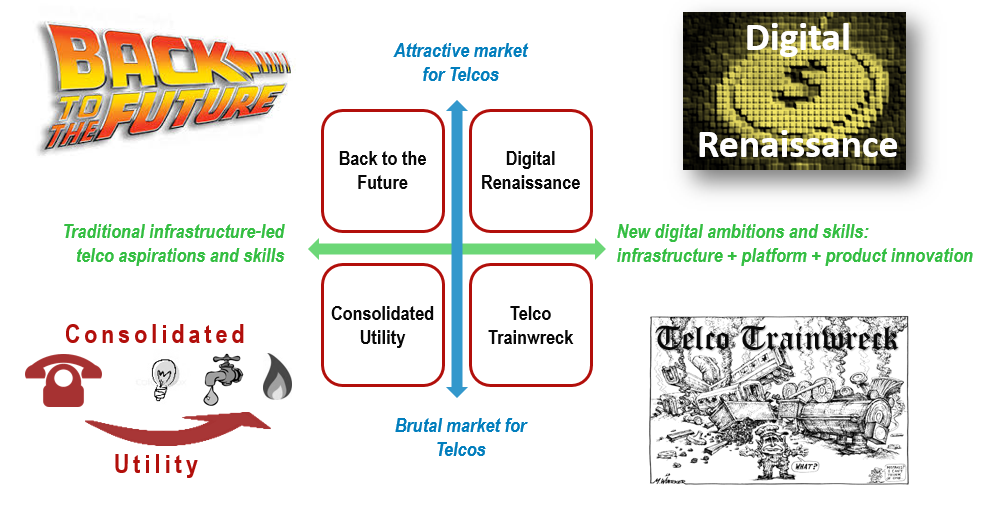 The role of this report

Strategists (and investors) are finding it very difficult to understand the many and varied forces affecting the telecoms industry (Report 1), and predict the structure of, and returns from, the European telecoms market in 2020 (the focus of this Report 2).  This, in turn, makes it challenging to determine how operators should seek to compete in the future (the focus of a STL Partners report in July, Four strategic pathways to Telco 2.0).

In summary, The European Telecoms market in 2020 reports therefore seek to:

STL Partners has identified the following scenarios for the European market in 2020:

The four scenarios are shown on the framework in Figure 1 and are discussed in detail below.

How each scenario is described

In addition to a short overview, each scenario will be examined by exploring 8 key characteristics which seek to reflect the combined impact of the internal and external forces laid out in the previous section:

The European macro-economy – a key assumption

The health and structure of all industries in Europe is dependent, to a large degree, on the European macro-economy. Grexit or Brexit, for example, would have a material impact on growth throughout Europe over the next five years.  Our assumption in these scenarios is that Europe experiences a stable period of low-growth and that the economic positions of the stretched Southern European markets, particularly Italy and Spain, improves steadily.  If the European economic position deteriorates then opportunities for telecoms growth of any sort is likely to disappear. 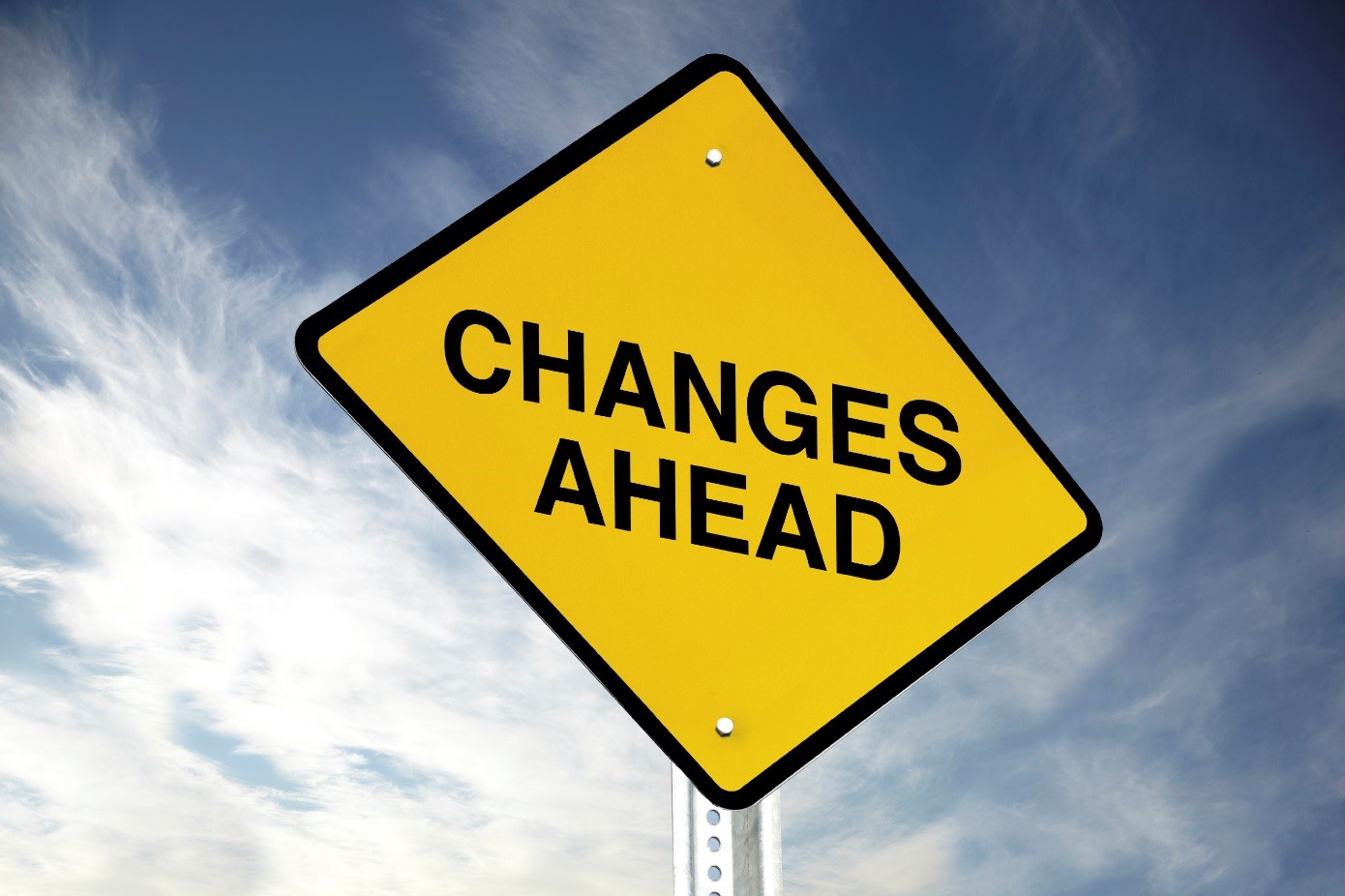 Telecoms – the times they are a changin’

The global telecoms market is experiencing change at an unprecedented pace.  As recently as 2012 , few would have predicted that consumer voice and messaging would be effectively ‘given away’ with data packages in 2015.  Yet today, the shift towards data as the ‘valuable’ part of the mobile bundle has been made in many European markets and, although many operators still allocate a large proportion of revenue to voice and messaging, the value proposition is clearly now ‘data-led’.

While returns on investment have steadily reduced in European telecoms, the market has remained structurally fragmented with a large number of disparate players – fixed-only; mobile-only; converged; wholesalers; enterprise-only; content-oriented players (cablecos); and so forth. Operators generally have continued to make steady economic returns for investors and have been considered ‘defensive stocks’ by the capital markets owing to an ability to generate strong dividend yields and withstand economic down-turns (although Telefonica’s woes in Spain will attest to the limitations of the telco business model to recession).

But the forces of change in Europe are growing and, as a company’s ‘Safe Harbor’ statement would put it, ‘past performance does not guarantee future results’. Strategists are puzzling over what the European telecoms industry might look like in 2020 (and how might that affect their own company) given the broad range of forces being exerted on it in 2015.

STL Partners believes there are 12 questions that need to be considered when considering what the European telecoms market might look like in 2020:

Providing clear answers to each of these 12 questions and their combined effect on the industry is extremely challenging because:

The role of this report

In essence, strategists (and investors) are finding it very difficult to understand the many and varied forces affecting the telecoms industry (this report) and predict the structure of and returns from the European telecoms market in 2020 (Report 2). This, in turn, makes it challenging to determine how operators should seek to compete in the future (the focus of a STL Partners report in July, Four strategic pathways to Telco 2.0).

In summary, the European Telecoms market in 2020 reports therefore seek to: