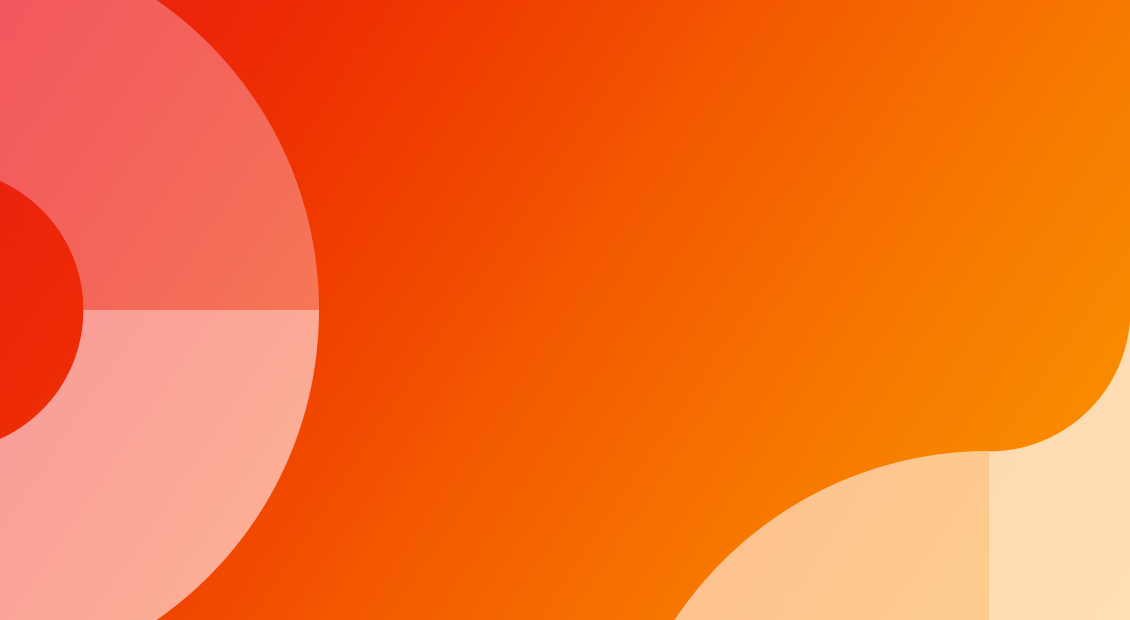 In version 1.0 of the Telco 2.0 Transformation Index, we identified a number of key strategic issues at AT&T that would mark it in the years to come. Specifically, we noted that the US wireless segment, AT&T Mobility, had been very strong, powered by iPhone data plans, that by contrast the consumer wireline segment, Home Solutions, had been rather weak, and that the enterprise segment, Business Solutions, faced a massive “crossing the chasm” challenge as its highly valuable customers began a technology transition that exposed them to new competitors, such as cloud computing providers, cable operators, and dark-fibre owners. 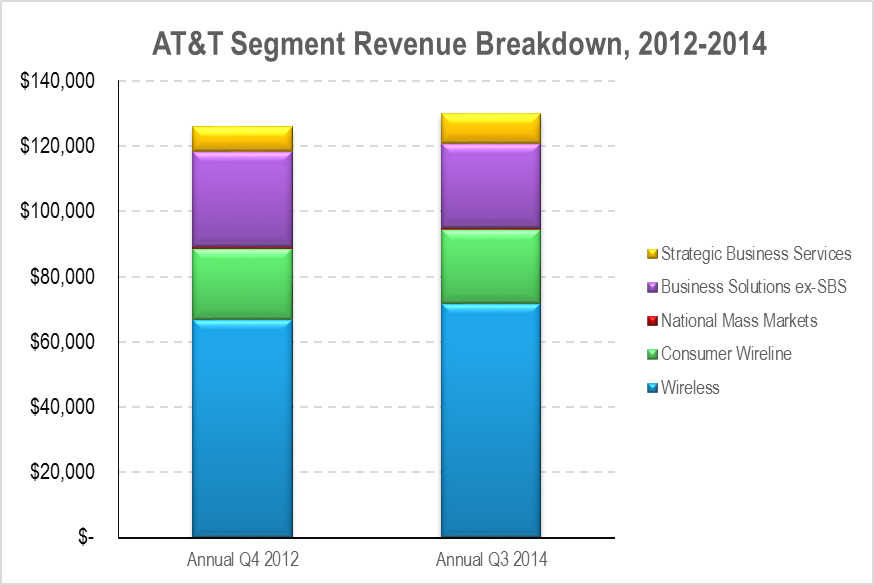 We noted that the wireless segment, though strong, was behind its great rival Verizon Wireless for 4G coverage and capacity, and that the future of the consumer wireline segment was dependent on a big strategic bet on IPTV content, delivered over VDSL (aka “fibre to the cabinet”).

In Business Solutions, newer products like cloud, M2M services, Voice 2.0, and various value-added networking services, grouped in “Strategic Business Services”, had to scale up and take over from traditional ones like wholesale circuit voice and Centrex, IP transit, classic managed hosting, and T-carriers, before too many customers went missing. The following chart shows the growth rates in each of the reporting segments over the last two years. 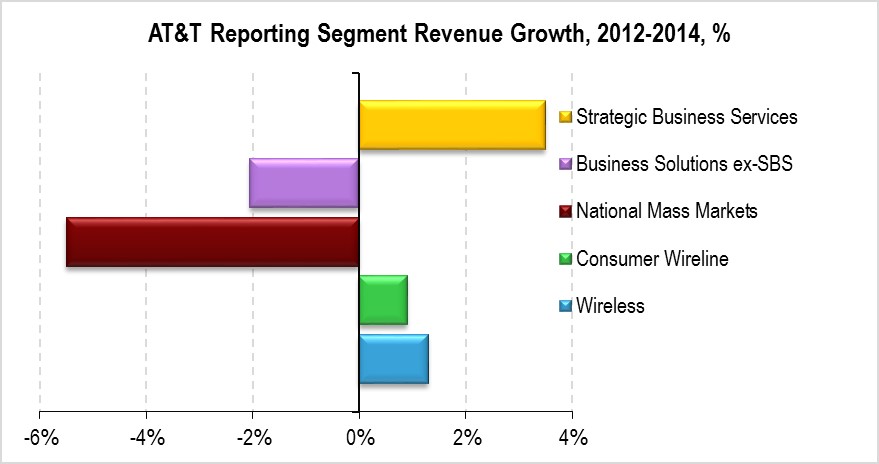 Out of the three major segments, wireless, consumer wireline, and business solutions, we can see that wireless is performing acceptably (although growth has slowed down), business solutions is in the grip of its transition, and wireline is just about growing. Because wireless is such a big segment (see Figure 1), it contributes a disproportionate amount to the company’s top line growth. Figure 2 shows revenue in the wireline segment as an index with Q2 2011 set to 100. 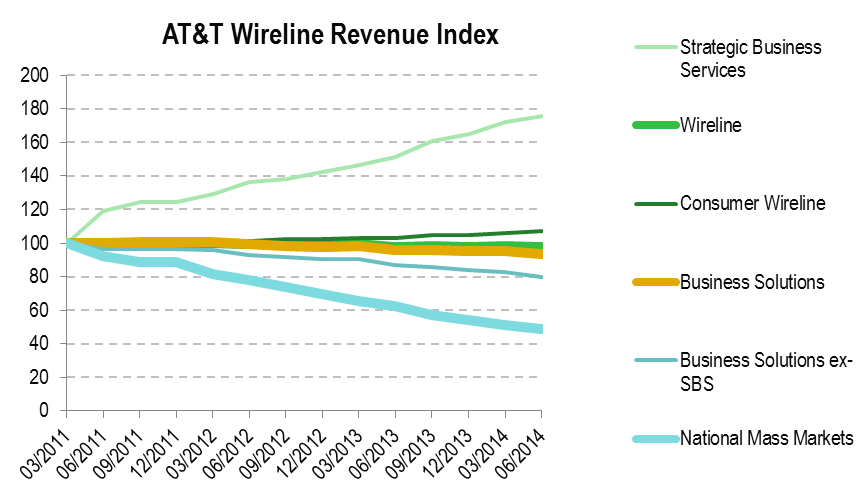 Back in 2012, we summed up the consumer wireline strategy as being all about VDSL and TV. The combination, plus voice, makes up the product line known as U-Verse, which we covered in the Telco 2.0 Transformation Index. We were distinctly sceptical, essentially because we believe that broadband is now the key product in the triple-play and the one that sells the other elements. With cable operators routinely offering 100Mbps, and upgrades all the way to gigabit speeds in the pipeline, we found it hard to believe that a DSL network with “up to” 45Mbps maximum would keep up.