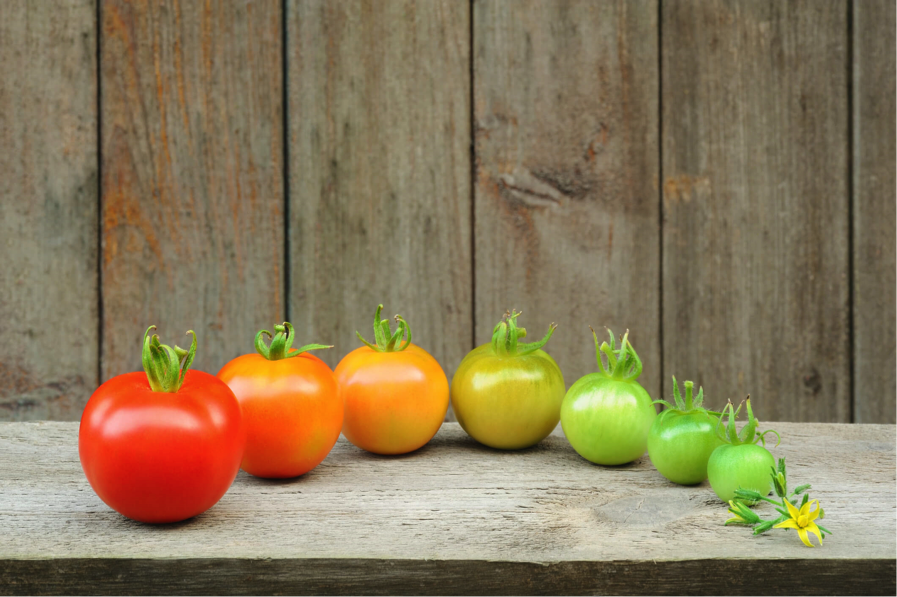 Telcos have invested in telco cloud for several years: Where’s the RoI?

Over a number of years – starting in around 2014, and gathering pace from 2016 onwards – telcos have invested a large amount of money and effort on the development and deployment of their ‘telco cloud’ infrastructure, virtualised network functions (VNFs), and associated operations: long enough to expect to see measurable returns. As we set out later in this report, operators initially hoped that virtualisation would make their networks cheaper to run, or at least that it would prevent the cost of scaling up their networks to meet surging demand from spiralling out of control. The assumption was that buying commercial off-the-shelf (COTS) hardware and running network functions as software over it would work out less costly than buying proprietary network appliances from the vendors. Therefore, all things being equal, virtualisation should have translated into lower opex and capex.

However, when scrutinising operators’ reported financials over the past six years, it is impossible to determine whether this has been the case or not:

For this reason, when STL Partners set out to assess the economic benefit of virtualisation in the first half of 2022, it quickly became apparent that the only way to do this would be through talking directly to telcos’ CTOs and principal network engineers, and to those selling virtualisation solutions to them. Accordingly, STL Partners carried out an intensive interview programme among leading operators and vendors to find out how they quantify the benefits, financial or otherwise, from telco cloud.

What emerged was a complex and nuanced picture: while telcos struggle to demonstrate RoI from their network cloudification activities to date, many other benefits have accrued, and telcos are growing in their conviction that further cloudification is essential to meet the business, innovation and technology challenges that lie ahead – many of which cannot (yet) be quantified.

The people we spoke to comprised senior, programme-leading engineers, executives and strategists from eight operators and five vendors.

Four of the vendors interviewed were leading global providers of telco cloud platforms, infrastructure and integration services, and one was a challenger vendor focused on the 5G Standalone (SA) core. The figure below represents the geographical distribution of our interviewees, both telcos and vendors. Although we lacked interviewees from the APAC region and did not gain access to any Chinese operators, we were able to gain some regional insight through interviewing a new entrant in one of the major Asian markets.

This process of telco cloudification has already gone through two phases and is entering a third phase, as illustrated below and as decribed in our Telco Cloud Manifesto, published in March 2021: 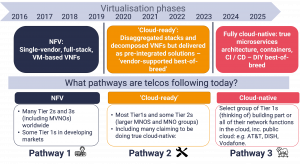 Effectively, each of these phases represents an approximately three to five-year investment cycle. Telcos have begun these investments at different times: Tier-1 telcos are generally now in the midst of their Phase 2 investments. By contrast, Tier-2s and -3s, smaller MNOs, and Tier-1s in developing markets are generally still going through their initial, Phase 1 investments in virtualisation.

Given that the leading Tier-1 players are now well into their second virtualisation investment cycle, it seems reasonable to expect that they would be able to demonstrate a return on investment from the first phase. This is particularly apt in that telcos entered into the first phase – Network Functions Virtualisation (NFV) – with the specific goal of achieving quantifiable financial and operational benefits, such as:

Some of the leading telco advocates of virtualisation have claimed variously to have achieved capex and/or opex reductions, and increases in top-line revenues, thanks to their telco cloud investments. For example, in January 2022, it was reported that some technical modelling had vindicated the cost-reduction claims of Japanese greenfield, ‘cloud-native’ operator Rakuten Mobile: it showed that Rakuten’s capex per cell site was around 40% lower, and its opex 30% lower, than the MNO incumbents in the same market. Some of the savings derived from automation gains related to virtualisation, allowing cell sites to be activated and run remotely on practically a ‘plug and play’ basis.

Similarly, Vodafone claimed in 2020 that it had reduced the cost of its mobile cores by 50% by running them as VNFs on the VMware telco cloud platform.

The problem is that the few telcos that are willing to quantify the success of their virtualisation programmes in this way are those that have championed telco cloud most vocally. And these telcos have also gone further and deeper with cloudification than the greater mass of the industry, and are now pushing on with Phase 3 virtualisation: full cloud-native. This means that they are under a greater pressure to lay claim to positive RoI and are able to muster data points of different types that appear to demonstrate real benefits, without being explicit about the baseline underpinning their claims: what their costs and revenues would, or might, have been had they persisted with the old physical appliance-centric model.

But this is an unreal comparison. Virtualisation has arisen because telco networks need to do more, and different things, than the old appliance-dependent networks enabled them to do. In the colourful expression of one of the industry experts we interviewed as part of our research, this is like comparing a horse to a computer.

In the first part of this report, we discuss the reasons why telcos generally cannot unequivocally demonstrate RoI from their telco cloud investments to date. In the second part, we discuss the range of benefits, actual and prospective, that telcos and vendors have observed from network cloudification, broken down by the three main pathways that telcos are following, as referred to above.