The quality of experience delivered by mobile data networks is a key indicator of current performance, and a foundation of future prospects in digital. Our MobiNEX ranking, updated with data from H2 2016, compares 80 operators across 25 countries. Over the past six months we have seen some big changes, particularly in China and the UK.

STL Partners’ MobiNEX: The Mobile Network Experience Index ranks mobile network operators by key measures relating to customer experience. To do this, we benchmark mobile operators’ network speed and reliability, allowing individual operators to see how they are performing in relation to the competition in an objective and quantitative manner.

Operators are assigned an individual MobiNEX score out of 100 based on their performance across four measures that STL Partners believes to be core drivers of customer app experience: download speed, average latency, error rate and latency consistency (the proportion of app requests that take longer than 500ms to fulfil). Our partner Apteligent has provided us with the raw data for three out of the four measures, based on billions of requests made from tens of thousands of applications used by hundreds of millions of users in H2 2016.

This is the third iteration of MobiNEX, and it covers the same 80 operators and 25 markets as in our H1 2016 report. As before, we have observed clustering in the performance of operators from the same country. The top ten operators were from Japan, France, and Canada, joined by one Mexican operator:

The bottom ten all score 12 or lower out of 100, substantially below the median of 40, and have a materially worse customer app experience:

For the first time, we have assigned scores using the same benchmarks as in the previous report, which allows us to identify improvement and degradation in performance. 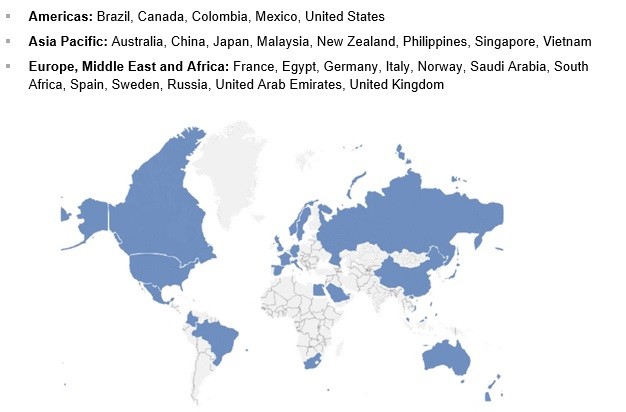 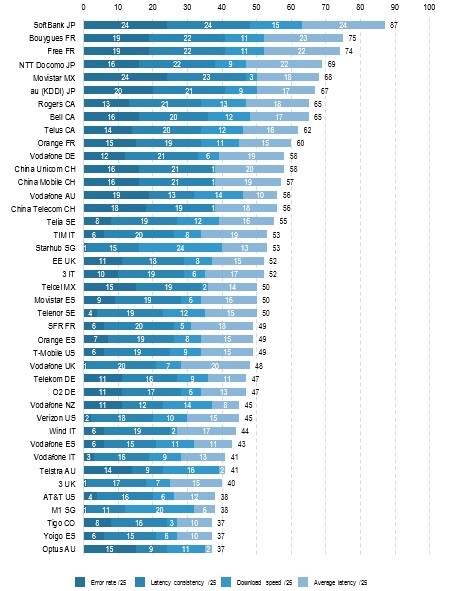 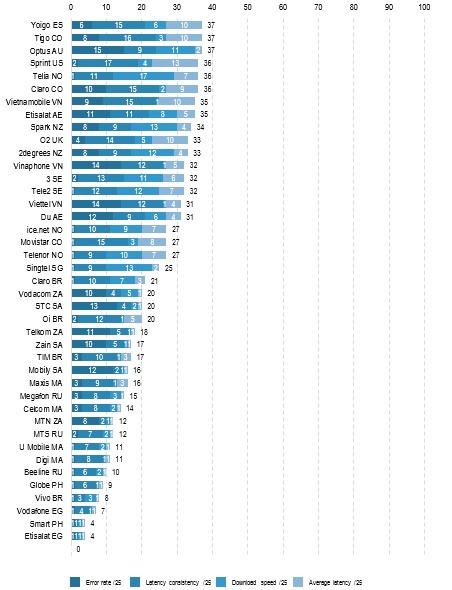