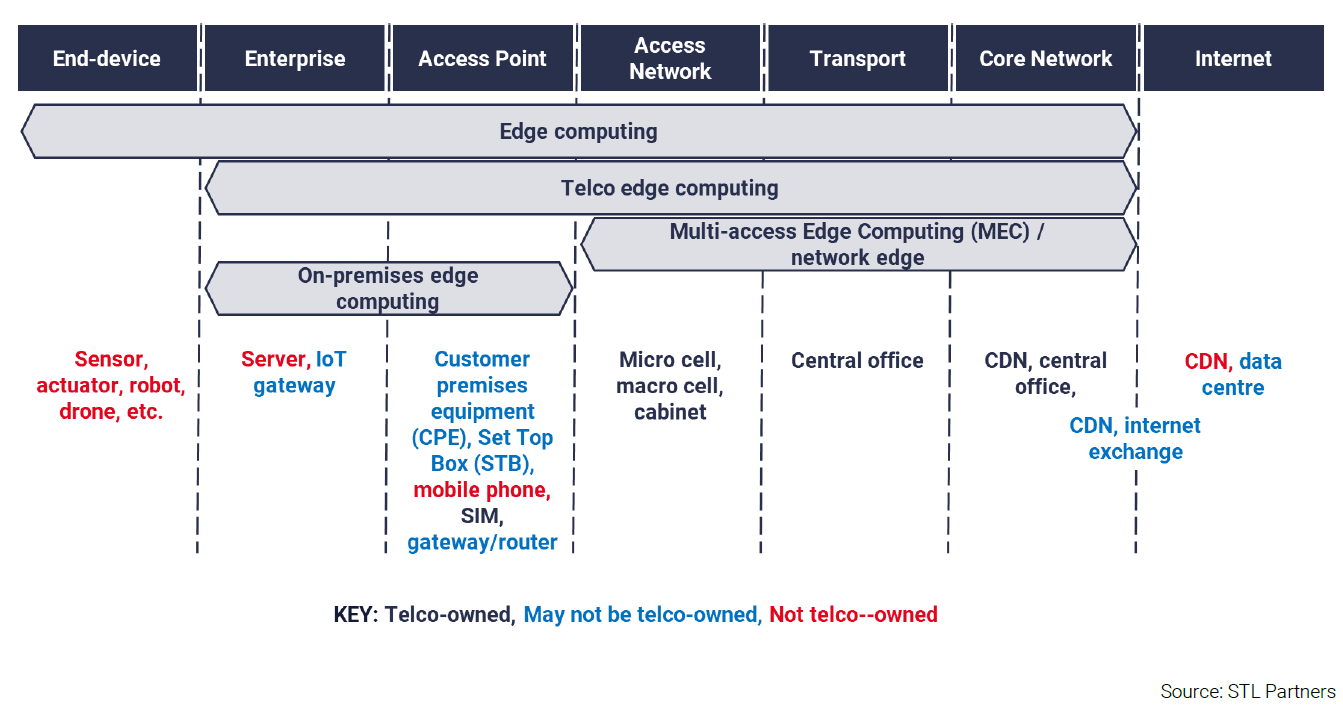 As edge computing technologies and definitions are still evolving, different terms are sometimes used interchangeably or have been associated with a certain type of stakeholder. For example, mobile edge computing is often used within the mobile network context and has evolved into multi-access edge computing (MEC) – adopted by the European Telecommunications Standards Institute (ETSI) – to include fixed and converged network edge computing scenarios. Fog computing is also often compared to edge computing; the former includes running intelligence on the end-device and is more IoT focused.

These are some of the key terms that need to be identified when discussing edge computing:

See our other in-depth research on telco edge computing and hyperscalers: