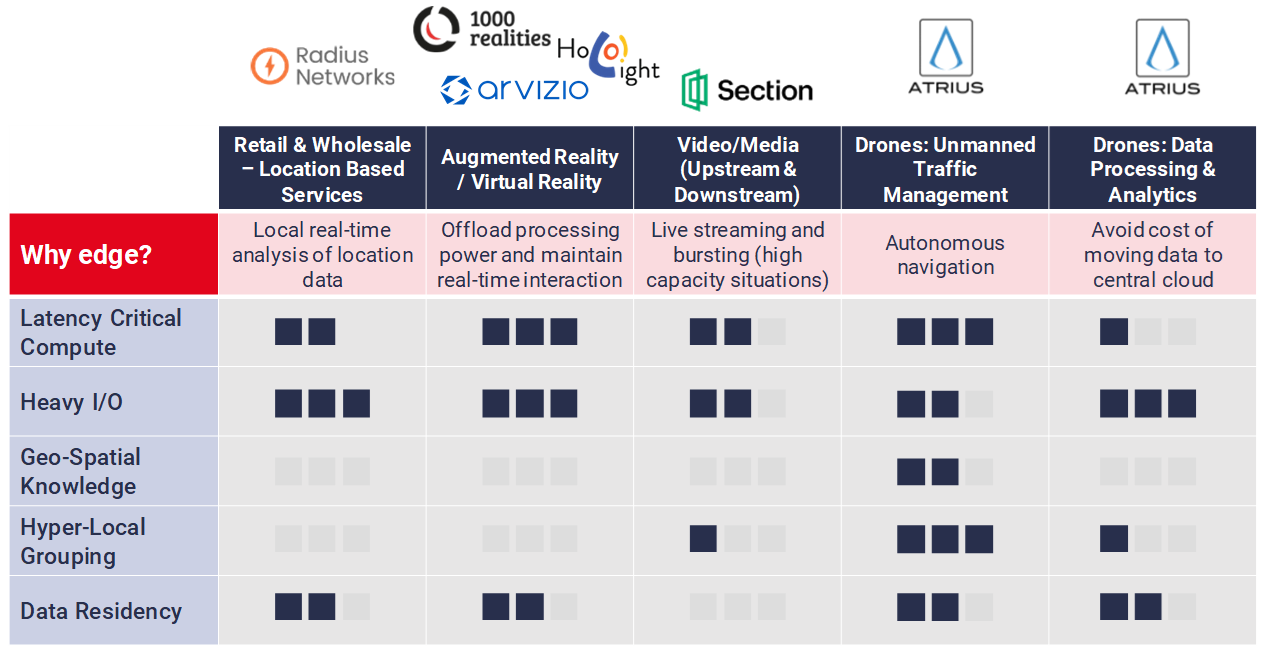 To understand what edge computing developers need from telcos in order to develop the market, STL Partners interviewed seven start-ups from four key domains about their experience exploring edge computing. Each application developer was at a different stage of exploring edge computing and had been working with different types of edges. Our research focus was primarily on telecom edge (compute capabilities on a telco’s wide area network) and on-premises edge (servers running at the customer site.)

As shown in the diagram above, while edge computing can deliver several advantages to running applications in the cloud, reducing latency and the amount of data travelling back to the centralised cloud were the two key benefits application developers valued the most.

For most, this was because edge computing enables them to strike a balance between the performance they need and the ability to scale their solution across customers. For example, in AR/VR applications, telecom edge computing reduces latency between the server rendering the image remotely (at the edge) and the headset to create an enhanced user experience. Plus, by avoiding the need to install dedicated servers at each user’s site, the developer can scale its application more easily.

For several developers, concerns over data sovereignty and a desire to be “compliant by design” also make edge computing an attractive prospect. In location-based services, only anonymised and aggregated data sets would be sent to the cloud for data analysis while customer location information would always remain on-premise. In AR/VR, edge computing can ensure that proprietary information such as computer-aided design (CAD) models of buildings are stored on a device (which could be lost or stolen) but instead at a secure edge server.

Despite varying needs, the key common message from developers to telcos was to stop waiting for a myriad of edge computing use cases to be proved before rolling out the infrastructure. Application developers need more sites in order to test their solutions and commercialise them for their users, wherever they are in the world.