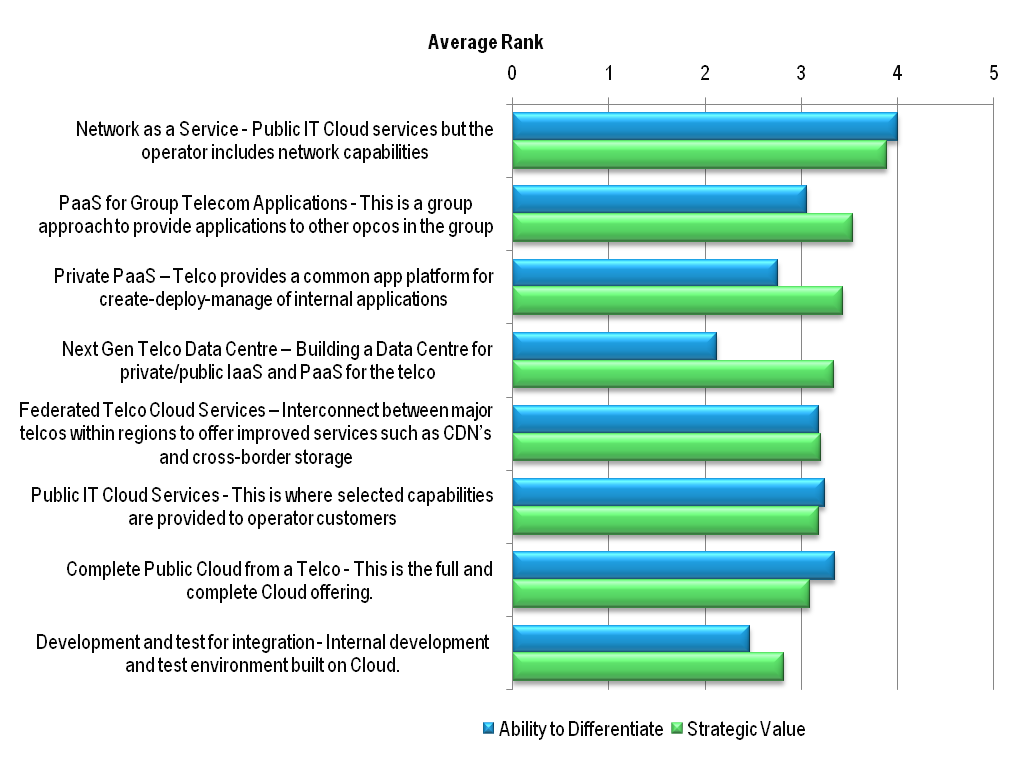 Summary: the early stage of development of the market means there is some confusion on the telco Cloud opportunity, yet clarity is starting to emerge, and the concept of ‘Network-as-a-Service’ found particular favour with Telco 2.0 delegates at our October 2010 Americas and November 2010 EMEA Telco 2.0 Executive Brainstorms. (December 2010, Executive Briefing Service, Cloud & Enterprise ICT Streamm)

The full 15 page PDF report is available for members of the Executive Briefing Service and Cloud and Enterprise ICT Stream here. For membership details please see here, or to join, email contact@telco2.net or call +44 (0) 44 207 247 5003. Cloud Services will also feature at Best Practice Live!, Feb 2-3 2011, and the 2011 Telco 2.0 Executive Brainstorms.

Cloud concepts can sometimes seem as baffling, and as nebulous as their namesakes. However, in the recent Telco 2.0 Executive Brainstorms, (Americas in October 2010 and EMEA November 2010), stimulus presentations by IBM, Oracle, FT-Orange Group, Deutsche Telekom, Intel, Salesforce.com, Cisco, BT-Ribbit, and delegate discussions really brought the Cloud Services opportunities to life.

While it was generally agreed that the precise definitions delineating the many possible varieties of the service are not always useful, it does matter how operators can make money from the services, and there was at least consensus on this.

IBM identified an $88.5Bn opportunity in the Cloud over the next 5 years, the majority of which is applicable to telcos, although the share that will end up in the telco industry might be as much as 70% or as little as 30%, depending on how operators go about it (video here).

According to Cisco, there is a $44Bn telco opportunity in Cloud Services by 2014, supported by the evidence of 30%+ enterprise IT cost savings and productivity gains that resulted from Cisco’s own comprehensive internal adoption of cloud services (video here). We see this estimate as reasonably consistent with IBM’s.

Ribbit, AT&T, and Salesforce.com also supported the viability of Cloud Cervices, arguing that concerns over trust and privacy are gradually being allayed. Intel argued that Network as a Service (NaaS) is emerging as a cloud opportunity alongside Enterprise and Public Clouds, and that by combining NaaS with the telco influence over devices and device computing power, telcos can be a major player in a new ‘Pervasive Computing’ environment. EMEA delegates also viewed Network-as-a-Service as the most attractive opportunity.