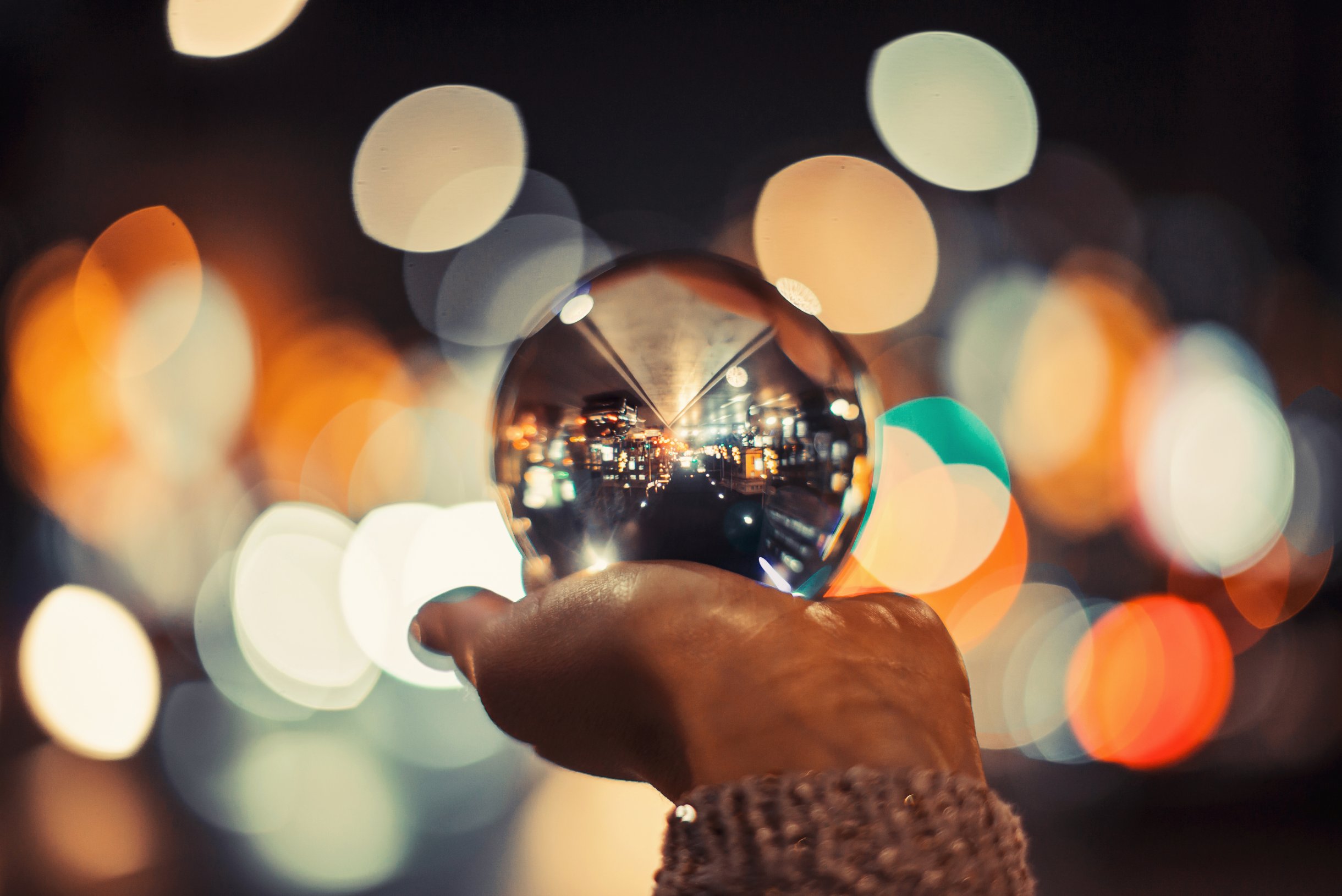 If you don’t subscribe to our research yet, you can download an extract of the report for free as part of our sample report series.

5G: Cutting through the hype

This briefing document is being published in June 2018. This report does not re-hash the familiar background story to 5G – the original specifications, the much-ballyhooed early thoughts on use cases, nor the breathless rhetoric about how it is going to change the world (or in the risible words of one hyperbolic tech CEO, “be more important than electricity”). Neither is it a hatchet job decrying the whole exercise as worthless. Instead, it looks at the factors acting as brakes and accelerants for 5G, and how they may affect the overall ecosystem’s evolution.

What is needed, however, is a way to cut through the spin – especially where it is aimed at policymakers and investors, who often latch on to simple but unrealistic stories. Some of the most absurd ‘5G-wash’ hyperbole emanates from Brussels and Washington DC, and in the run up to the next World Radio Congress in 2019 (where spectrum allocations are debated) it is critical that rationality and critical thought prevails over glossy lobbying. It is harmful to us all if 5G hype means it ends up overshadowing worthy parallel developments in satellite communications, private wireless and other technologies that also deserve attention, spectrum or subsidised research projects.

It is understandable that many in the industry ‘talk up their own book’, especially given consolidation and profitability concerns in the vendor space. The 2018 market for telecoms infrastructure is expected to decline, and there are huge hopes at Ericsson, Nokia and Huawei that 5G can help turn it around in 2019–20. But that is not an adequate excuse to exaggerate. Neither is it an excuse to mislabel and market diverse other technologies (advanced versions of 4G, Wi-Fi and so on) as ‘5G’ – although such egregious duplicity is one of the few certainties here. It is probably enhancements and capacity additions for 4G that will prove the biggest moneyspinners over the next 12–24 months.

In theory, the next 24 months should be when it all happens for 5G. Early demonstrations and trials have been well publicised, including various global cities’ testbeds and the South Korean Winter Olympics in Pyeongchang. Almost every week yields new press releases, lauding everything from medical diagnosis (NTT DoCoMo) to self-driving snowploughs (Telenor). It is unclear how much any of these shiny announcements actually accelerate real, commercial deployments – or real business models.

This period is also a critical juncture for standards, starting with the formalisation of the first phase of standards at the June 3GPP meeting (Release 15), leading up to the full ratification of 5G as the official IMT2020 technology by the International Telecoms Union (ITU ) in 2020.

Much of the technology media is trying to pitch the development and deployment of 5G as a race, either between countries or individual operators. The first fixed-wireless deployments are under way, while the earliest mobile devices are expected by the year end (probably portable 5G/Wi-Fi hotspot modems). 2019 should see a flurry of early launches and the first 5G-capable smartphones becoming available.

Yet those forms of 5G broadband – fixed or ‘enhanced mobile’ – are hardly novelties, despite the gigabit speeds and low latencies promised. In many ways, they risk being overshadowed by continued evolution of 4G networks, which is occurring in parallel.

There are also plenty of IoT-type demonstrations, whether for delivery drones, autonomous vehicles or automated industrial machinery. Yet these seem much less real for now – the value-chains are far from clear, and often they will need networks to be built in new locations, rather than reusing existing towers and backhaul. It also isn’t obvious that large enterprises are willing to pay much for such connectivity, and whether they’ll be happy with ‘slices’ of MNO-controlled networks or if they want to own them outright.

There remain many hard-to-answer questions about 5G’s emergence:

The truth is that many of these questions cannot be definitively answered today, despite the emphatic nature of a lot of industry comment. Here, we present some scenarios and especially look at the idea of pre-requisites: what needs to be done first, for 5G to be successfully deployed or monetised? There are potential bottlenecks ahead, as well as opportunities.

Hopefully, we have plotted the roadmap, even if the industry cannot ‘drive autonomously’ yet.

The rest of this report is structured into the following sections:

Think of this report as a weather forecast. 5G will be much like the UK climate: patchy clouds, with rays of sunshine and the occasional storm. The summer will be late but warm, but you’d best pack a 4G or Wi-Fi umbrella just in case.

And just as with weather, trying to do long-range forecasts is very risky. There’s a good chance that circumstances will prove you wrong. But despite that, we have some qualitative predictions stretching out to 2026, at which point we expect to be bombarded with 6G hype, alongside 5G reality.

In many ways, the development of 5G is going remarkably well, especially compared to some of the partisan inter- and intra-technology standards warfare of the past.

In the recent past we have seen:

While many operators and international laboratories and organisations are testing 5G, a few of the experiments stand out.

Probably the most high profile have been the various South Korean initiatives that took place during the Pyeongchang Winter Olympics, and Verizon’s work on fixed-wireless access in the US. KT and SKT showed various approaches to 5G-connected cars, novel camera footage from 5G-connected drones, real-world usage of mmWave radios and numerous other showcases. Korea is expecting to see launches of commercial 5G services around March 2019.

Verizon announced at the end of 2017 that it was aiming to light up a handful of cities – Sacramento, California most notably – by the end of this year. More details have become clearer recently: initially it will launch fixed 5G for mostly residential users, with mobile variants following around six months afterwards. Samsung has had its 28GHz-band routers approved for both indoor and outdoor use in the US, and these are expected to feature in Verizon’s early offerings. (STL Partners is writing a separate briefing report digging more deeply into Verizon’s 5G strategy, which includes an estimate of its huge investment into fibre for back/fronthaul).

(Mobile launches usually lag fixed-wireless services, as they need more coverage, more testing and a lot more complexity around cell-to-cell handoffs. And within mobile uses, it is usually easier to provide simple devices such as modems or cellular/Wi-Fi hotspots, as phones and voice access require even more work.)

AT&T is being aggressive with its ‘proper’ 5G rollout, as well as its controversial “fake” branding of advanced 4G as ‘5G Evolution’. It is intending to launch standards-based 5G, capable of supporting mobile devices (initially mobile Wi-Fi hotspot ‘pucks’) in at least 12 cities by the end of 2018.

AT&T started demonstrating and testing pre-5G technology in late 2016, including an enterprise trial in mmWave bands, together with Intel. In June 2017, it extended the trials to residential users in Austin, Texas, doing video streaming over fixed-wireless access. This was followed by a small-business fixed- wireless trial in Waco, Texas, which generated good results including 1.2Gbps throughput speeds and 9–12 millisecond latencies. That said, it seems less enthusiastic than Verizon about the general fixed- wireless opportunity1, especially given the backhaul fibre investment needed.

Telco operators that are well advanced on 5G plans include:

There are some notable absentees from this list. The UK has various government and MNO-sponsored trials, but little commitment by the telcos to move towards commercial launches yet. The Scandinavian operators, early on 3G and 4G, also seem more diffident this time. So too are the smaller countries in developed Asia; Singapore and Taiwan are also (comparatively) lagging the timelines that might be expected, again reflecting caution over business case.

In the Middle East, Ooredoo, Etisalat and STC have all been keen to be early to market with demo networks, but it’s unclear whether that will translate to broader, rapid deployments.

As always with new mobile networks, one of the input requirements is suitable radio spectrum. Generally, 5G seems to be doing fairly well in this regard. Many countries have started initial awards or have them planned for the next year or so.

Various European countries are releasing 3.5GHz ‘mid-band’ spectrum, while the US has earmarked both 600MHz (which T-Mobile has large amounts of) and 28GHz as priorities. Japan’s early focus is on 4.5GHz. In addition, there is a strategy by many operators to progressively switch off old 2G and 3G networks, and ‘refarm’ the bands for 5G.

The general expectation is that 5G will require a combination of three broad sets of frequencies:

Notably, many markets are not waiting for the official seal of approval from ITU and its World Radio Congress at the end of 2019, which was supposed to define the first set of ‘harmonised’ 5G frequencies (more accurately, IMT2020). A second set is expected, based on ITU’s ridiculously leisurely process, to be ratified only in 2023. Instead of this timeline, many regulators are either pre- guessing the outcomes (fairly uncontroversial for the 3.5GHz band) or just ignoring them (such as 28GHz in the US and South Korea). We wrote about 5G spectrum in early 2017, discussing this in more depth.

Watch a replay of the free webinar with the report’s authors – (Wednesday 8 August, 4pm BST)

In other words, 5G is becoming ‘real’, it’s getting a lot of interest and investment, and the basic technology enablers seem to work, at least in the lab and limited field trials. There are plenty of suggested use cases, and even if some of them prove far away or unrealistic, there should be some that make it through the funnel, plus others that are unanticipated.

That said, there is a cliché that states that any parts of a sentence or speech before the ‘but’ should probably be ignored.

Contents of the 5G report