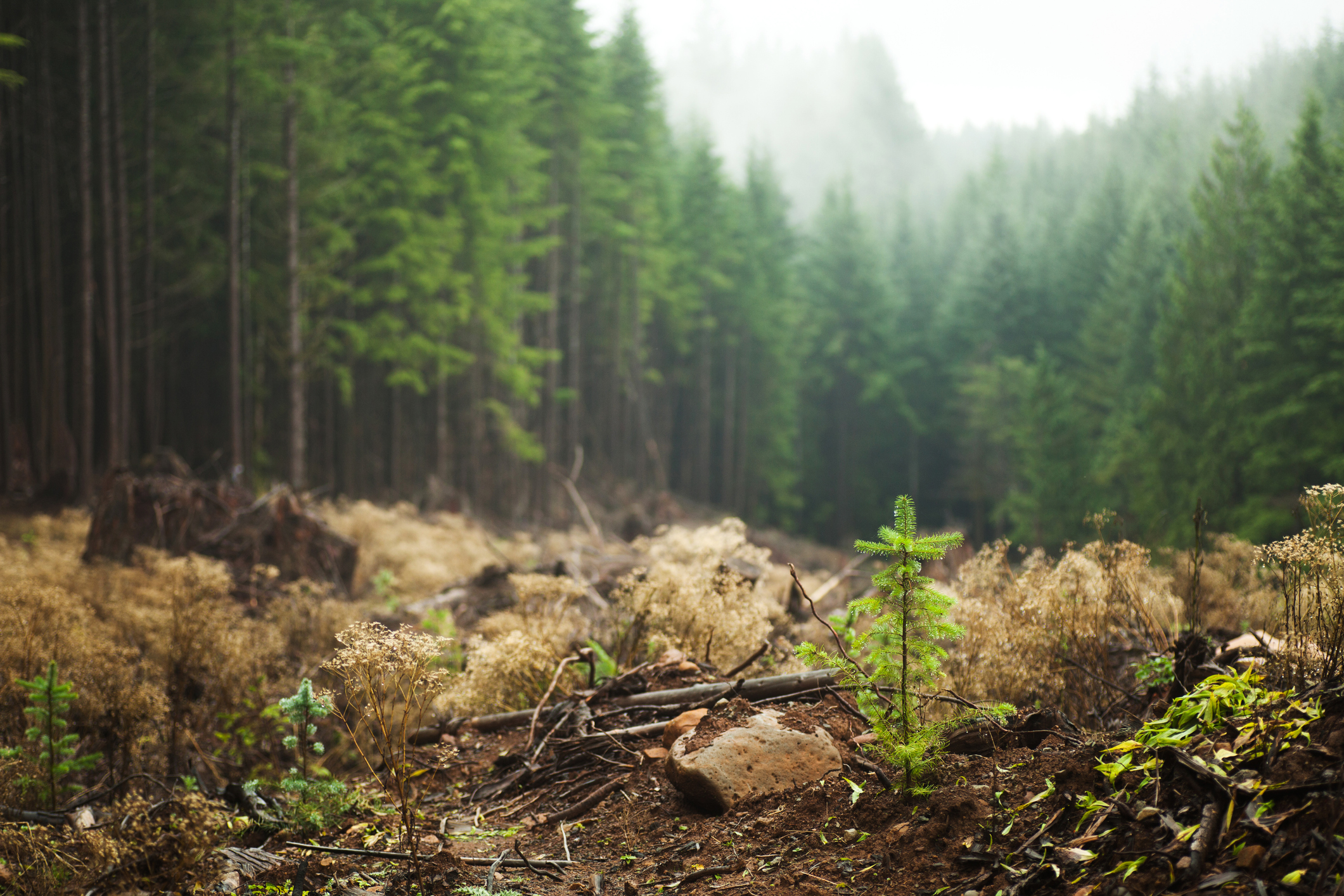 Related webinar: How will 5G transform transport and logistics?

In this webinar, we share learnings from 100+ interviews and surveys with industry professionals. During the presentation we will look to answer:

The 5G opportunity and value to verticals

In October 2019, STL Partners published research highlighting the benefits 5G-enabled use cases could unlock for industries. Our forecast predicted a potential $1.4 trillion increase in global GDP by 2030 across eight key industries.

In this short paper we look to update these numbers and explore new insights and conclusions based on two key factors:

5G enabled use cases could increase GDP by $1.5 trillion by 2030 – an increase from our original forecast

5G’s impact on transport and logistics: Fresh analysis and new use cases

In 2019, we deep-dived into the 5G opportunity within two key verticals: healthcare and manufacturing. We have since performed a similar deep-dive on the transport and logistics industry, consisting of primary research with experts in the industry. We interviewed 10 enterprises, solutions providers, and members of 5G testbeds who were focused on transport and logistics, as well as surveying 100+ individuals who work in the industry to test the impact they predicted for three key 5G use cases. We will shortly be publishing a full report on these findings in detail. 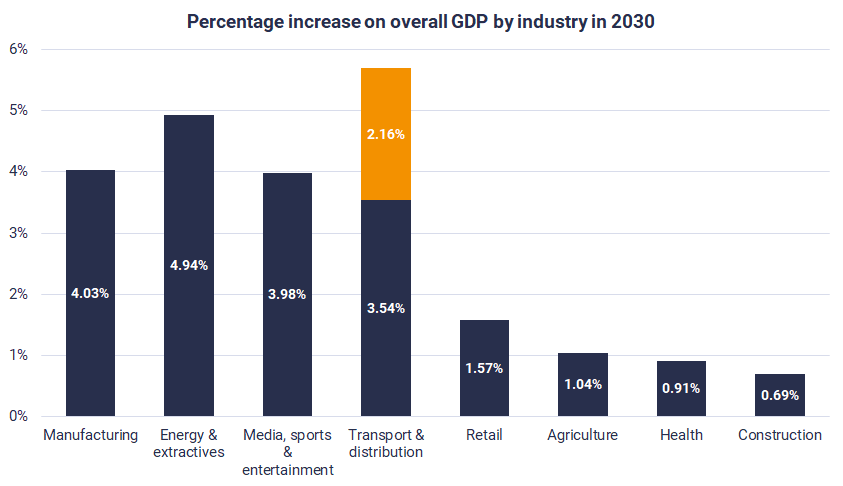 The three 5G-enabled solutions newly explored in detail in our study were:

Benefits from these use cases include fewer traffic jams, more efficient supply chains, less fuel required and fewer accidents on the roads.

COVID has changed the landscape and appetite for 5G services

COVID-19 has caused a global economic slowdown. There has been a widespread fall in output across services, production, and construction in all major economies. Social distancing and nationwide lockdowns have led to a significant fall in consumer demand, to business and factory closures, and to supply chain disruptions. The pandemic’s interruption to international trade has far exceeded the impact of the US-China trade war and had a major impact on national economies. Lower international trade, coupled with a precipitous fall in passenger air travel, has also caused the air industry to enter a tailspin. 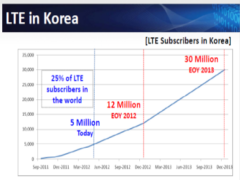 Below is an extract from this 14 page Telco 2.0 Report that can be downloaded in full in PDF format by members of the Telco 2.0 Executive Briefing service and Future Networks here. Non-members can subscribe here and for this and other enquiries, please email contact@telco2.net / call +44 (0) 207 247 5003.

Taking the pulse of LTE

In June, Telco 2.0 attended the main annual conference of NGMN in San Francisco. NGMN is the “Next Generation Mobile Network” alliance, the industry group tasked with defining the requirements for 4G networks and beyond. (It is then up to 3GPP and – historically at least – other standards bodies, to define the actual technologies which meet those requirements). Set up in 2006, it evaluated a number of candidate technologies, it eventually settled on LTE as its preferred “next-gen” technology, after a brief flirtation including WiMAX as well.

The conference was an interesting mix of American and Asian companies, operators (with quite a CTO-heavy representation), major vendors and some niche technology specialists. Coincidentally, the event also took place at the same time as Apple’s flagship annual developer conference at the Moscone Center across the road.

Although it was primarily about current LTE networks, quite a lot of the features that feature in the next stage, “LTE-Advanced” were discussed too, as well as updates on the roles of HSPA+ and WiFi. Some of the material was outside Telco 2.0’s normal beat (for example the innards of base station antennas), but there were also quite a lot of references to evolving broadband business models, APIs and the broader Internet value chain.

In some countries, LTE adoption is happening very quickly – in fact, faster than expected. This is impressive, and a testament to the NGMN process and 3GPP getting the basic radio technology standards right. However, rollout and uptake is very patchy, especially outside the US, Korea and Japan. They are still problems around the fragmentation of suitable spectrum bands, expensive devices, supporting IT systems and the thorny issue of how to deal with voice. In addition, many operators’ capex budgets are being constrained by macroeconomic uncertainty. What also seems true is that LTE has not (yet) resulted in any substantive new telco business models, although there is clearly a lot of work behind the scenes on APIs and new pricing and data-bundling approaches.

We are also impressed by the continued focus of the NGMN itself on further evolution of 4G+ networks, in resolving the outstanding technical issues (e.g. helping to drive towards multiband-capable devices, working on mobilised versions of adaptive video streaming), continuing the evolution to ever-better network speeds and efficiencies, and helping to minimise operators’ capex and opex through programmes such as SON (self-optimising networks).

One key conclusion from the event was the surprisingly rapid switch-over of users from 3G to 4G where it is available, especially with a decent range of handsets and aggressive marketing. In particular, US, South Korean and Japanese operators are leading the way. The US probably has the largest absolute number of subscribers – almost certainly more than 10m by the end of Q2 2012 (Verizon had 8m by end-Q1, with MetroPCS and AT&T also having launched). But in terms of penetration, it looks like South Korea is going to be the prize-winner. SKTelecom already has more than 3m subscribers, and is expecting 6m by the end of the year. More meaningfully, the various Korean presenters at the event seemed to agree the penetration of LTE could be as high as 50% of mobile users by the end of next year. NTT DoCoMo’s LTE service (branded Xi) is also accelerating rapidly, recently crossing the 3m user threshold, with a broad range of LTE smartphones coming out this summer, in an attempt to take the wind out of Softbank’s iPhone hegemony.

This growth is not really being mirrored elsewhere, however. At the end of Q1, TeliaSonera had just 100k subscribers (mostly USB dongles) across a 7-country footprint of LTE networks, despite being the first to launch at the end of 2009. This probably reflects the fact that smartphones suitable for European frequency bands (and supporting voice) have been slow in arriving, something that should change rapidly from now onwards. It is also notable that TeliaSonera has attempted to position LTE as a premium, higher-priced option compared to 3G, while operators such as Verizon have really just used 4G as a marketing ploy, offering faster speeds as a counter to AT&T – and also perhaps to give Android devices an edge against the more expensive-to-subsidise iPhone.

Once European and Chinese markets really start to market LTE smartphones in anger (which will likely be around the 2012 Xmas season), we should see another ramp-up in demand – although that will partly be determined by whether the next iPhone (likely due around September-October) finally supports LTE or not.