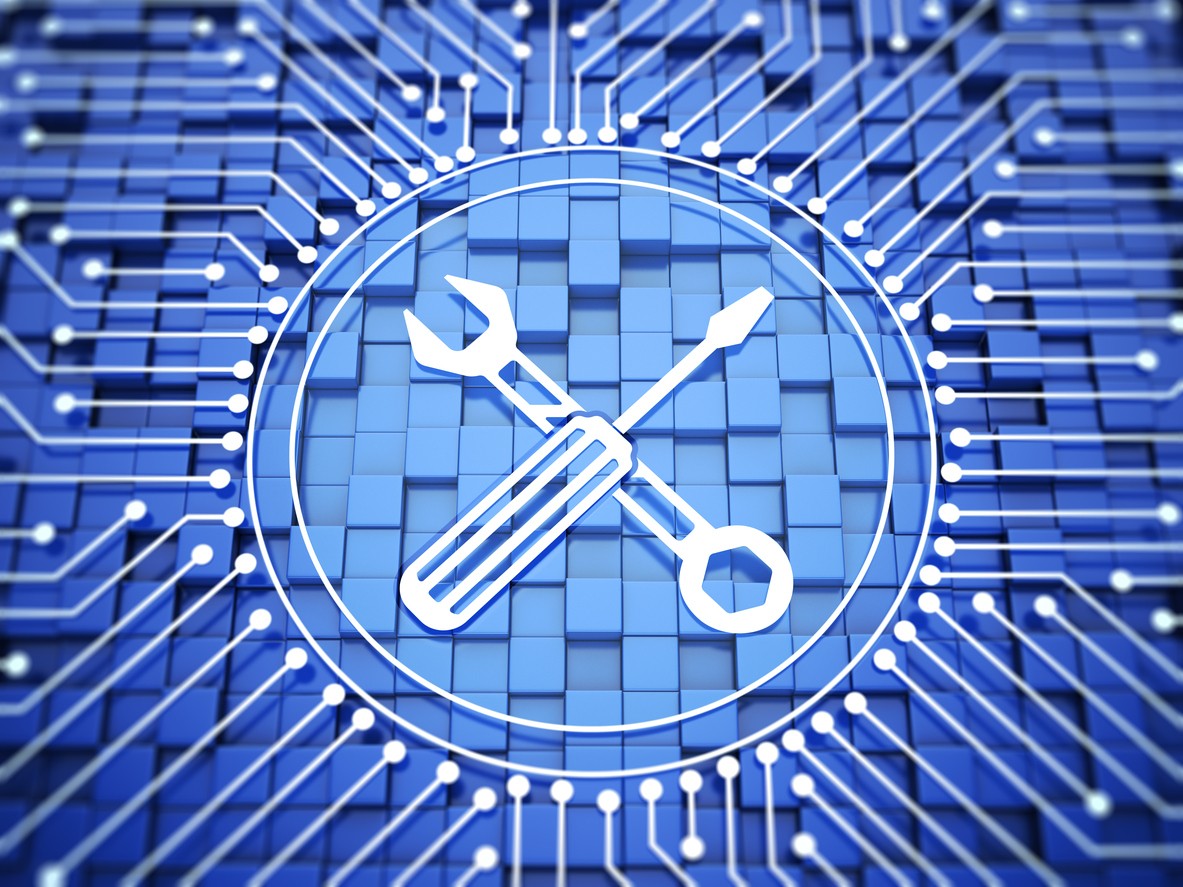 Introduction: Why an open source telecom?

For telcos in many markets, declining revenues is a harsh reality. Price competition is placing telcos under pressure to reduce capital spending and operating costs.

At the same time, from a technological point of view, the rise of cloud-based solutions has raised the possibility of re-engineering telco operations to be run with virtualised and open sourced software on low cost, general purpose hardware.

The second option promises to enable telcos to achieve their long-standing goals of decreasing the time-to-market of new solutions, while further reducing their dependence on vendors.

In an increasingly squeezed commercial context, the licensing fees applied by traditional vendors for telecommunication solutions start to seem unrealistic, and the lack of flexibility poses serious issues for operators looking to push towards a more modern infrastructure. Moreover, the potential availability of competitive open source solutions provides an alternative that challenges the traditional model of making large investments in proprietary software, and dependence on a small number of vendors.

Established telecommunications vendors and/or new aggressive ones may also propose new business models (e.g., share of investments, partnership and the like), which could be attractive for some telcos.

In any case, operators should explore and evaluate the possibility of moving forward with a new approach based on the extensive usage of open source software.

This report builds on STL Partners’ 2015 report, The Open Source Telco: Taking Control of Destiny which looked at how widespread use of open source software is an important enabler of agility and innovation in many of the world’s leading internet and IT players. Yet while many telcos then said they crave agility, only a minority use open source to best effect.

In that 2015 report, we examined the barriers and drivers, and outlined six steps for telcos to safely embrace this key enabler of transformation and innovation:

This report goes beyond those recommendations to explore the changing models of IT delivery open to telcos and how they could go about adopting open source solutions. In particular, it outlines the different implementation phases required to build an open source telco, before considering two scenarios – the greenfield model and the brownfield model. The final section of the report draws conclusions and makes recommendations.

Why choose to build an open source telecom now?

▪ Digitisation – the transition to providing products and services via digital channels and media. This may sometimes involve the delivery of the product, such as music, movies and books, in a digital form, rather than a physical form.

▪ Virtualisation – executing software on virtualised platforms running on general-purpose hardware located in the cloud, rather than purpose-built hardware on premises. Virtualisation allows a better reuse of large servers by decoupling the relationship of one service to one server. Moreover, cloudification of these services means they can be made available to any connected device on a full-time basis.

▪ Softwarisation – the redefinition of products and services though software. This is an extension of digitisation, i.e., the digitisation of music has allowed the creation of new services and propositions (e.g. Spotify). The same goes for the movie industry (e.g. Netflix) or the transformation of the book industry (e.g. ebooks) and newspapers. This paradigm is based on:

These three features have started a revolution that is transforming other industries, e.g. travel agencies (e.g. Booking.com), large hotel chains (e.g. Airbnb), and taxis (e.g. Uber). Softwarisation is also now impacting other traditional industries, such as manufacturing (e.g., Industry 4.0) and, for sure, telecommunications.

The likely impact of this technological transformation is huge: flexibility in service delivery, cost reduction, quicker time to market, higher personalisation of services and solutions, differentiation from competition and more. We have outlined some key telco NFV/SDN strategies in the report Telco NFV & SDN Deployment Strategies: Six Emerging Segments.

What is open source software?

A generally accepted open source definition is difficult to achieve because of different perspectives and some philosophical differences within the open source community.

One of the most high-profile definitions is that of the Open Source Initiative, which states the need to have access to the source code, the possibility to modify and redistribute it, and non-discriminatory clauses against persons, groups or ‘fields of endeavour’ (for instance, usage for commercial versus academic purposes) and others.

For the purpose of this report, STL defines open source software as follows:

▪ Open source software is a specific type of software for which the original source code is made freely available and may be redistributed and modified. This software is usually made available and maintained by specialised communities of developers that support new versions and ensure some form of backward compatibility.

Open source can help to enable softwarisation. As an example, it has greatly helped in moving from proprietary solutions in the web server sector to a common software platform (named LAMP) based on the Linux operating system, the Apache Http server, Mysql server, PhP programming language. All these components are made available as open source. This essentially means that people can freely acquire the source code, modify it and use it. Modifications and improvements are to be returned to the development community.

The benefits of using open source for telecoms

Operators implementing open source solutions today tend to do so in conjunction with the deployment of network function virtualization (NFV) and software defined networking (SDN), which will play an important role for the definition and consolidation of the future 5G architectures.

However, as Figure 1 shows, transformation programmes can face formidable obstacles, particularly where a cultural change and new skills are required. 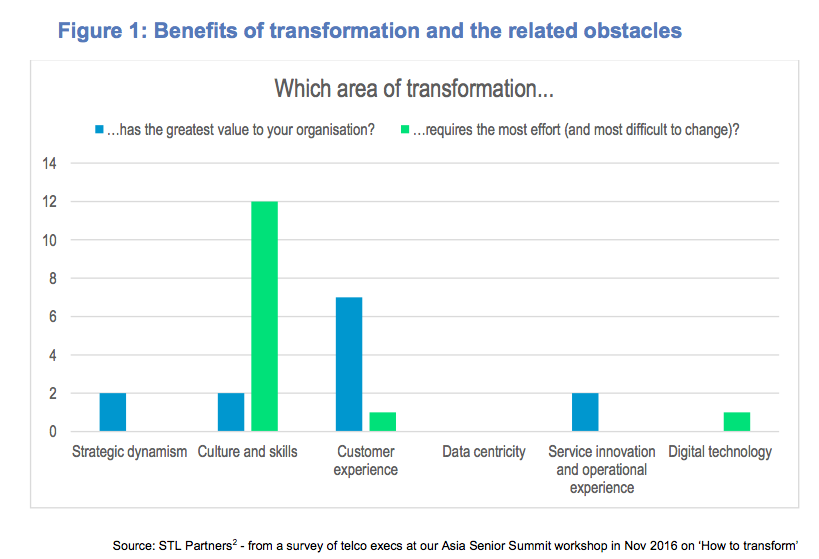 Reduce infrastructure costs. Telcos naturally want to minimise investment in new technologies and reduce infrastructure maintenance costs. Open source solutions seem to provide a way to do this by reducing license fees paid to solution vendors under the traditional software procurement model. As open source software usually runs on general-purpose hardware, it could also cut the capital and maintenance costs of the telco’s computing infrastructure. In addition, the current trend towards virtualisation and SDN should enable a shift to more programmable and flexible communications platforms. Today, open source solutions are primarily addressing the core network (e.g., virtualisation of evolved packet core), which accounts for a fraction of the investment made in the access infrastructure (fibre deployment, antenna installation, and so forth). However, in time open source solutions could also play a major role in the access network (e.g., open base stations and others): an agile and well-formed software architecture should make it possible to progressively introduce new software-based solutions into access infrastructure.

Mitigate vendor lock-in. Major vendors have been the traditional enablers of new services and new network deployments. Moreover, to minimise risks, telco managers tend to prefer to adopt consolidated solutions from a single vendor. This approach has several consequences:

This has led to the “ossification” of much telecoms infrastructure and the inability to deliver differentiated offerings that can’t easily be replicated by competitors. Introducing open source solutions could be a means to lessen telcos’ dependence on specific vendors and increase internal innovation capabilities.

Enabling new services. The new services telcos introduce in their networks are essentially the same across many operators because the developers of these new services and features are a small set of consolidated vendors that offer the same portfolio to all the industry. However, a programmable platform could enable a telco to govern and orchestrate their network resources and become the “master of the service”, i.e., the operator could quickly create, customise and personalise new functions and services in an independent way and offer them to their customers. This capability could help telcos enter adjacent markets, such as entertainment and financial services, as well as defend their core communications and connectivity markets. In essence, employing an open source platform could give a telco a competitive advantage.

Faster innovation cycles. Depending on a vendor makes the telco dependent on its roadmap and schedule, and on the obsolescence and substitution of existing technologies. The use of out-dated technologies has a huge impact on a telco’s ability to offer new solutions in a timely fashion. An open source approach offers the possibility to upgrade and improve the existing platform (or to move to totally new technologies) without too many constraints posed by the “reference vendor”. This ability could be essential to acquiring and maintaining a technological advantage over competitors. Telcos need to clearly identify the benefits of this change, which represent the reasons, the “why”, for the softwarisation.

Complete contents of how to build an open source telecom report: