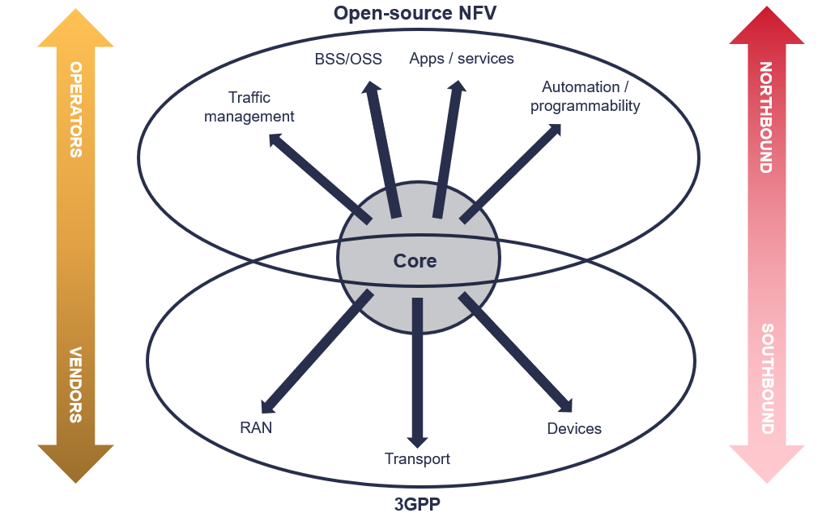 5G needs virtualisation. In relation to the mobile packet core, specifically, there are four main reasons for this:

However, the effort to define and standardise the 5G core and its virtualised elements – driven by the 3GPP standards body – has not been carried out in sync with the broader industry NFV project, nor does it fully share the goals of that project – as illustrated in the graph above. (‘Northbound’ means functions that rely on the transmission of operational data from core functions to the higher levels of the stack and back again, e.g. management, service creation / assurance, orchestration, apps, IP layer, etc. ‘Southbound’ is the core functions that face the other way and are involved in effecting the delivery of those services across the physical network layers.)

By contrast, telcos’ investment in NFV and SDN – both internally and via their engagement in various open-source programmes – has hitherto focused in very broad terms on the management and distribution of data flows, both as a cost centre (acquiring, deploying and operating the equipment and software involved), and as an enabler of service innovation through flexible and dynamic connectivity adapted to specific applications and use cases.

See our research on NFV and 5G