Much of the analysis on the private networks market assumes that a network will service a relatively homogeneous set of use cases. However, in practice, many deployments will be in locations that serve multiple types of stakeholders, all with very different requirements in terms of security, reliability, latency, etc.

We explore a few case studies of private networks deployments in airports because they are among the most complex campus environments, with different types of user groups and operational zones. The network (or perhaps several separate networks) serving such an environment will have to accommodate the varying and, sometimes competing, critical requirements across all these end users efficiently and cost effectively.

This level of complexity might make it harder for traditional players such as public network operators and vendors without vertical knowledge to move quickly into these specialised areas. For example, Air France, which collaborated with Ericsson and other airport stakeholders to deploy private networks in Paris-area airports, has highlighted this challenge from a customer perspective. In that example, the airport stakeholders had to provide the necessary vertical-specific expertise, realising that telco vendors, while being experts in deploying public networks, lacked the full vertical knowledge to lead the project single-handedly.

Given the aviation industry’s current economic woes, it would be unsurprising if some private network owners – perhaps including airlines like Lufthansa and Air France – attempt to monetise their early experience by offering consulting or deployment services to other airports. 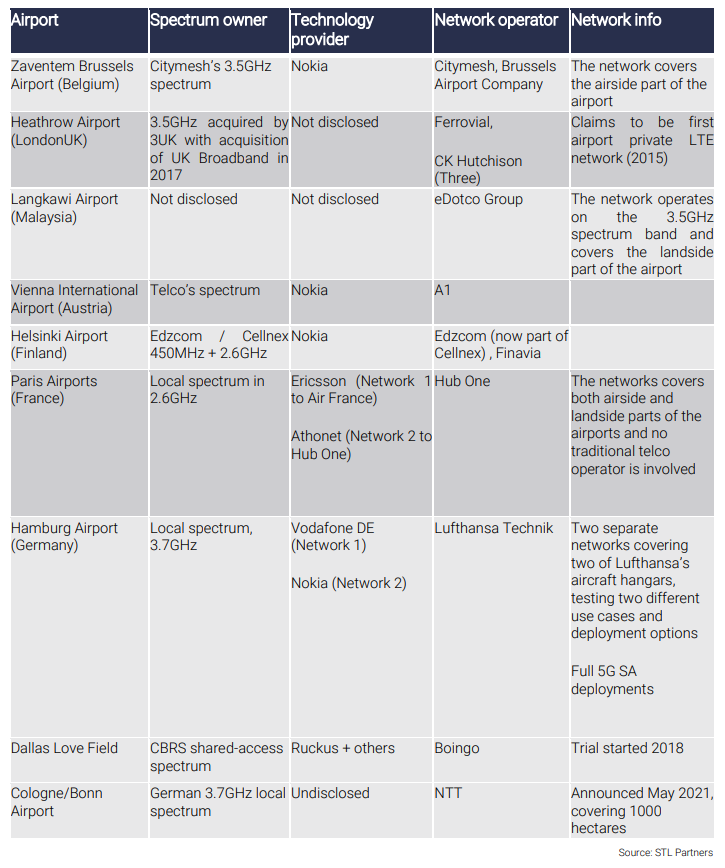 Our report Airports: The roles of 5G & private networks is a deep dive into the role of 5G at airports, and the scope for specialised deployments and solutions. It also highlights potential new classes of partnerships – and the need to understand cellular in a wider context of wireless, spectrum management and applications.