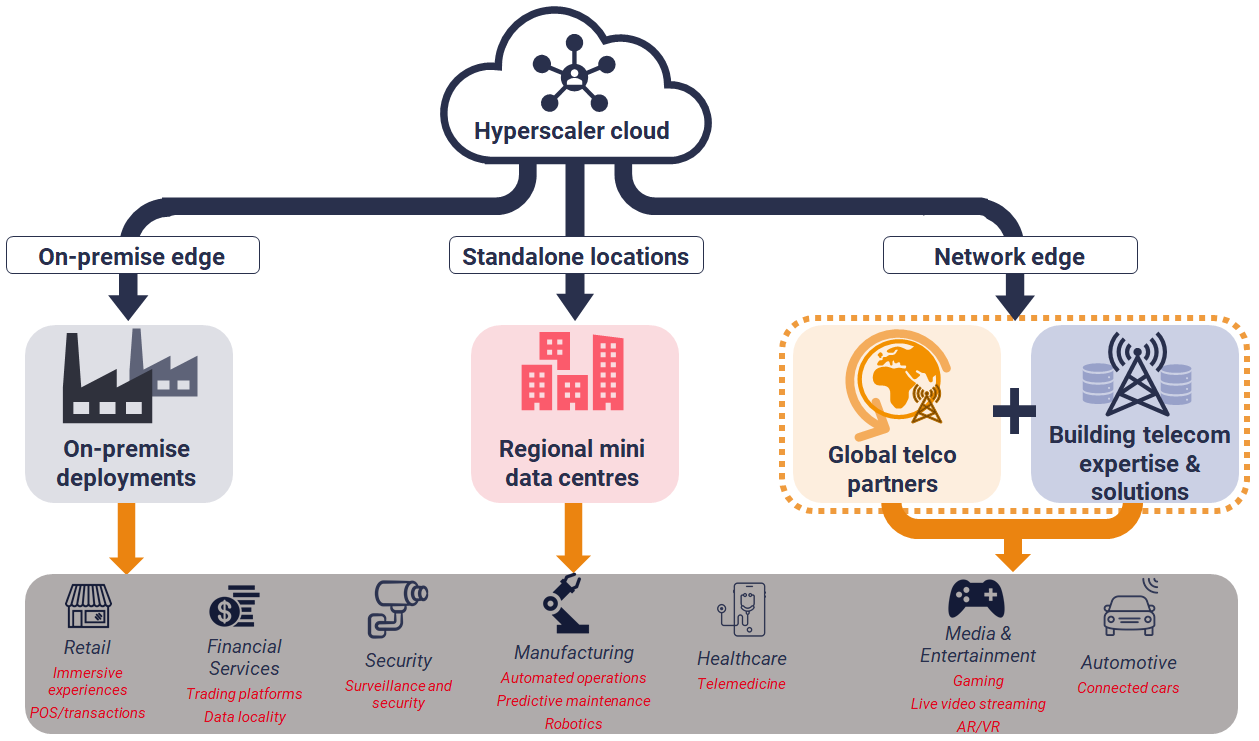 Hyperscalers are moving rapidly to expand their presence at the edge and create and exploit different opportunities. By 2018, Google, AWS and Microsoft Azure launched their stacks that support on-premise deployment and extend their services to hybrid cloud environments. Namely, Google Anthos, AWS Outposts and Azure Stack. Within the last year, all these hyperscalers have released versions of their solutions that are dedicated to the telecom network pushing further into edge locations and closer to the users.

Currently, hyperscalers are actively establishing their ecosystems by collaborating with different types of stakeholders and they are partnering with a growing number of operators to distribute their edge platform across their main regions. Microsoft Azure is even planning to build its own edge data centres, which might encourage the other two hyperscalers to take similar actions.