Once again, it is the ongoing geopolitical clash between China and the US that takes centre stage this month, with the fallout of last month’s sanctions shaking up the industry and potentially redefining Huawei’s 5G position in multiple international markets.

This month’s sustained intensity in the geopolitical arena are somewhat contrasted by the steady development in a number of key drivers. For many countries, the healthcare impact of the coronavirus is beginning to wane, hinting at a slow return to normality; for the operators, the financial uncertainty may soon begin to fade, with some governments pushing 5G as a major driver of economic rejuvenation. 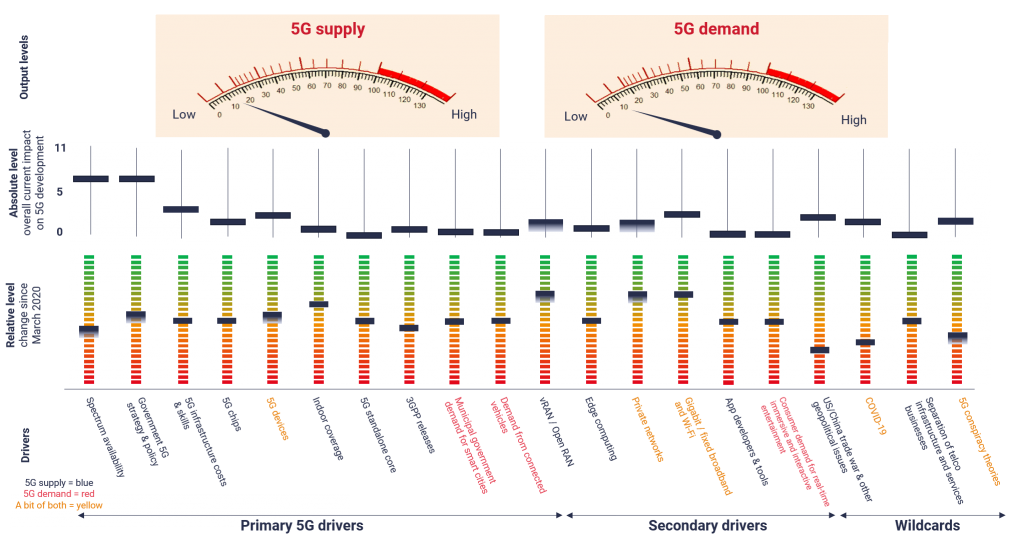 Steady as she goes

Keep an eye on…

In conclusion, the month of June has had few groundbreaking developments in the world of 5G, but rather represents a continued slow positive growth in both areas. When it comes to supply and demand, both have seen a small up-tick when calculated by STL Partners: supply has risen from 13% to 15%, while demand is also beginning to climb, up to 9% from a low of 3% back in April.

With telcos beginning to better understand the economic impact of the coronavirus and uncertainty surrounding the viability of their 5G strategies, the conservatism of the past few months is beginning to fade. Is optimism returning to the world of 5G?