This quarter we drop two of our wildcard factors in favour of two newcomers, and discuss how telcos are developing their 5G services ahead of the launch of standalone 5G cores.

New factors on the scorecard 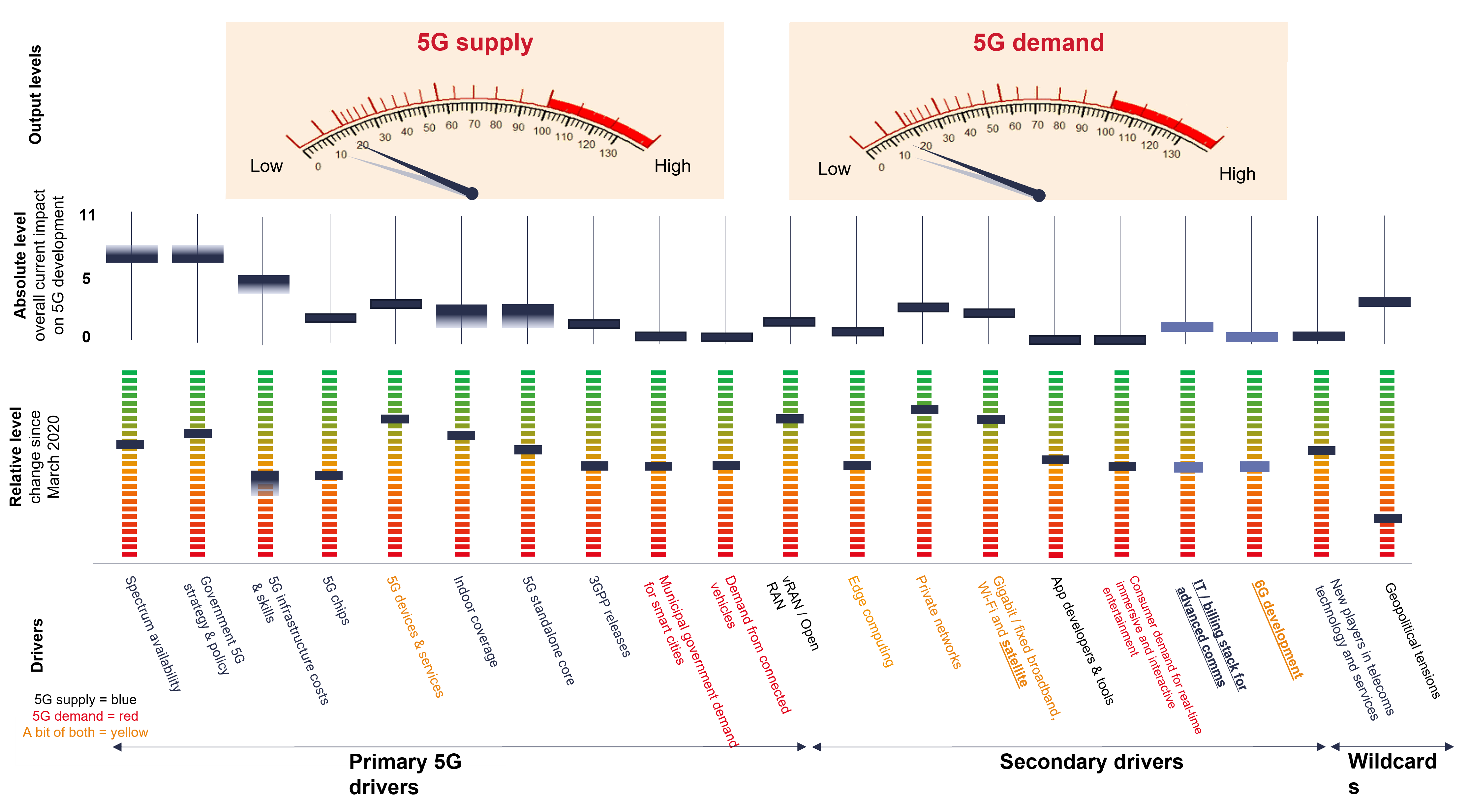 Over a year into tracking 5G development, the bottom line remains that the disruptive and innovative elements of 5G are not possible without a standalone core and reliable indoor coverage. This is reflected in the results of the 5G-aliser analysis, where supply has increased from 10% to 19% y-o-y to July 2021, but demand has grown more slowly from 10% to 16%, mostly due to progress in factors that affect both supply and demand, rather than from purely demand-side factors (shown in red).

Another key enabling factor is implementation of next generation billing IT stacks that can handle much more dynamic, flexible and modular connectivity services. For example, leading Asian operator we spoke with is leveraging its 5G network to offer premium connectivity services, including a gaming optimiser solution for consumers, but its billing platform is the main roadblock to being able to commercialise some of them.

Although MWC didn’t bring too many real industry breakthrough announcements, TelcoDR’s $100mn investment in upstart billing platform Totogi did make a splash and is illustrative of the growing importance of the billing IT stack to monetisation of 5G services. STL Partners’ analysts are sceptical that an AI-infused billing platform that can adjust rates in accordance to a telco’s local market dynamics will raise ARPUs significantly, but the ability to bill for services in a more flexible and modular way will soon be table stakes for telcos.

Until the technology matures, 5G services will remain limited

Telcos’ ideas of what they want to do are starting to crystalise, but actual 5G services beyond cloud, early edge, and FWA are not convincing.

Key points of consideration in services are:

Addressing the infrastructure and skills costs

Finally, and linking back to the question of 5G standalone cores and network coverage, many movements in the industry are fundamentally about overcoming infrastructure costs and skills shortages.