What is the RIC, and why should CSPs care?

As CSPs move towards O-RAN, the RAN Intelligent Controller (RIC) will be a key component in enabling transformation. In this article we explore what the RIC is, how far along the industry is with adoption, and how the RIC will benefit CSPs.

The RIC is a platform that brings intelligence to the RAN

The RIC stands for the RAN Intelligent Controller, which is an open platform that brings intelligent control and automation to the RAN (radio access network) and has been cited as a key part of O-RAN architecture.

The RIC is important because it brings intelligent decision making to the RAN using AI and ML. One way to think of this is that if the RAN were a human body, the RIC would be the brain. It provides intelligence and programmability to the RAN, and enables the onboarding of third-party applications. These applications can use intelligence from the network to orchestrate, optimise and assure operations in the RAN. They can also enable new use cases, such as assurance for edge computing.

However, CSPs have yet to adopt the RIC as deploying the RIC and unlocking its capabilities rely on establishing open interfaces in the RAN.

There are two forms of the RIC

There are two types of RIC, as defined by the O-RAN Alliance: 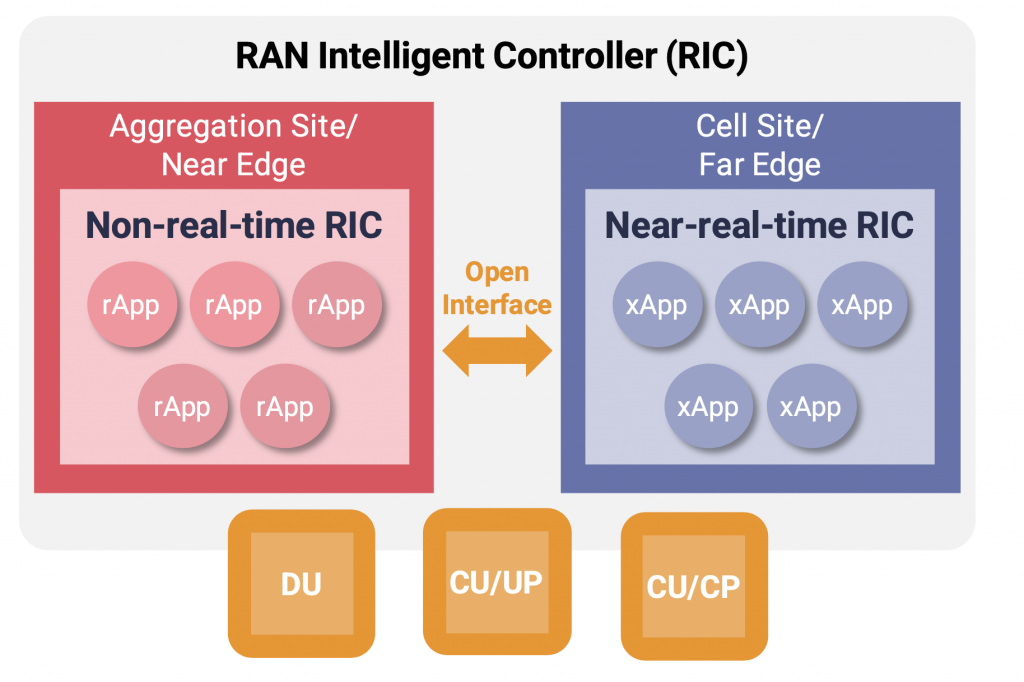 The two RICs have different primary functions, but can communicate with each other

The non-RT RIC is a part of operators’ Service Management and Orchestration (SMO) Framework, so can be viewed as the controller for ‘bigger picture’ activity in the RAN. It provides instructions to the Near-RT RIC to ensure that RAN workloads are orchestrated to meet customer requirements. These orchestration and management-like capabilities are why many view the Non-RT RIC as an evolution of the SON (self-organising network). 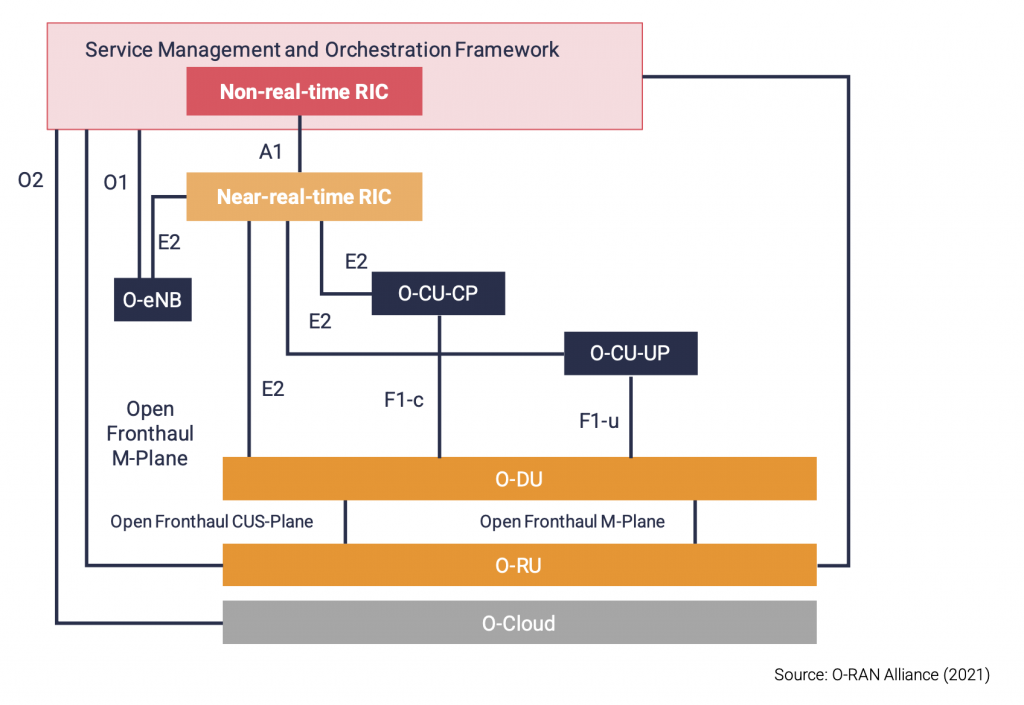 On the other hand, the Near-RT RIC is responsible for the execution of critical RAN functions.

An example of the two RICs in action is network slicing in the RAN:

Other examples of xApps and rApps include:

RIC adoption will be closely tied to O-RAN adoption, which could be 2 to 4 years away. However, some CSPs are already exploring how they could leverage the RIC. They see the non-RT RIC as being the more mature opportunity that will be addressable in the next year or two, whereas the near-RT RIC is seen as being further out.

Vendors are jumping on this opportunity, and some are already bringing out RIC solutions. The tendency is for vendors to only focus on one type of RIC (real-time or non-real-time), although some vendors such as VMware are offering both.

Other companies that have announced RIC plans include:

The RIC can bring cost saving and monetisation opportunities

The RIC provides an opportunity for CSPs to drive efficiencies in the RAN. It can also bring new innovation, and enable new use cases or enhance existing ones through greater network intelligence and resource assurance and control. This could ultimately bring CSPs cost savings, improved quality of service for customers and new sources of revenue generation.