The interest in private LTE and 5G networks has skyrocketed. Enterprises who have historically relied upon Wi–Fi connections or public cellular spectrum can now take full control over their systems and optimise their network. With more and more industries looking at the potential value of private cellular, we highlight some of innovative companies set to disrupt the dominance of the traditional players within the ecosystem.

Edzcom is provider of private wireless solutions based in Finland. The company, formerly known as Ukkoverkot, is now a Cellnex company after an acquisition in mid-2020. Edzcom is one of the most active private cellular network operators in the Nordic region and is already well established in a number of industrial sectors, particularly in port services, boasting customers like Finnish ports of Oulu, Kokkala and HaminaKotka. The company states its belief that it is better positioned to provide for the specific needs of enterprises, “serving specific market segments that require different solutions than the standard offerings of the traditional large operators”.

In the second half of 2020, Edzcom announced a partnership with lighting supplier Signify to introduce Trulifi, a two-way wireless network connection using light li-fi technology. In line with STL Partners’ proposition that enterprise network providers should prioritise diversified network offerings, Edzcom believes this is part of the innovative service it can offer to its “global customer base” (Mikko Uusitalo, CEO of Edzcom).

Its international aspirations have seen it broker an agreement with V&M Telecom, giving the former access to the 40 MHz of 3.5 GHz TDD frequency license (LTE band 42) that V&M Telecom uses to operate in the Netherlands. This newly branded firm plans to expand further into France and the UK via government sales of spectrum allowance.

Ambra Solutions is another leader in providing private wireless connectivity, offering a varied portfolio of LTE, satellite, mesh, two-way radio and more. The Canadian company offers especially tough designs for the more removed client who requires connectivity across large areas in remote locations. The company has recently purchased 8 further spectrum licenses from the Canadian government, expanding the areas of Canada to which it can offer services.

This expansion has greatly increased the number of industrial sites it can now service, including over 100 open-pit mines. Last year it deployed an LTE network at Tacora Resources’ Scully iron ore mine in Labrador, Canada. With only 2 fixed LTE transmission sites, the network covers the 15km2 mine and has facilitated a new fleet dispatch system, connecting the mine’s vehicles on one, secure network. As LTE also transmits voice, the network has eliminated the need for an additional VHF or UHF system.

Challenge Networks boasts operationally successful deployments supporting Modular and Caterpillar Fleet Management (FMS) and Autonomous Haulage System (AHS) applications, as well as Autonomous Drilling Systems (ADS) for mining locations. Its private LTE deployments for Rio Tinto at Paraburdoo, Nammuldi, and Silvergrass form a part of its active portfolio which continues to grow within the resources sector. It also offers a migration programme for clients wanting to move from Wi-Fi networks onto private LTE, an offering which it views as a growing portion of work.

Anterix is a US based operator, primarily focused on delivering private LTE solutions to the energy, transport and logistics sectors. In 2020, Anterix created a secure broadband allocation within the 900 MHz segment with the FCC. By providing licenses or leases for the use of this allocation, Anterix is facilitating mission-critical functionality of private networks for utilities and enterprises.

Earlier this week, Anterix announced a $50 million deal with San Diego Gas & Electric to provide the license for its broadband allocation, forming the foundation of smart-grid and wildfire mitigation initiatives. The private LTE network will be particularly powerful in the latter where Anterix CEO Rob Schwartz believes the ability to proactively locate and de-energize failing powerlines will be a critical asset to the company.

Tampnet provides connectivity for offshore systems, particularly the oil, gas, and wind industries. Offering both subsea fibre optics and private 4G LTE, the provider enables high-capacity connection even in the roughest weather. Its LTE network solutions allow moving assets to connect to static rigs whilst also providing coverage on-asset to ensure the complete connectivity of the system. Tampnet’s partnership with Darktrace for its Cyber AI Platform provides a mission-critical layer of security for these offshore companies. The self-learning software is able to detect deviations from normal organisational traffic and isolate cyber-threats before they become dangerous.

In 2018, DeepOcean, a subsea service provider, was brought on by an Oil company for ROV and maintenance. DeepOcean asked Tampnet to upgrade its VSAT connectivity to 4G LTE so that previously arduous communication and monitoring tasks could be done seamlessly. As well as enabling real-time overwatch of subsea operations, the Tampnet network also ensured the cost and time efficiency of operations.

Vilicom is an Irish company which has been working in connectivity for over 20 years. It provides coverage for enterprises ranging from small offices for innovative technology companies, to airports and stadiums, connecting thousands of cellular devices to a high-speed, instantaneous network. Vilicom’s private network solutions utilise an independent, best-of-breed infrastructure, leveraging the most suitable vendor equipment for each individual use-case.

Vilicom recently constructed a 4G LTE network for the Bristol-Myers Squibb Biologics Manufacturing Facility in Dublin, navigating large concrete and steel structures which required the deployment of a multi-operator Distributed Antenna System (DAS). This enabled seamless connection throughout all the buildings within the large geographic site. The system will allow the simple upgrade to 5G when this becomes readily available.

Zeetta Networks is a spin-out company from the University of Bristol and provides innovative capabilities around the slicing and splicing of enterprise networks. It champions a “service-centric” approach to networks which prioritises the orchestration of enterprises’ various network components in order to provide a single pane of class view of the entire network in a multi-domain environment. Orchestrating the seamless cooperation between mixed LAN, wireless LAN and cellular LTE, Zeetta’s solution allows enterprises to take control over their network through its Visualise tool. This tool is designed to protect enterprises from vendor lock-in whilst allowing them to greatly improve the efficiency of their networks through root cause analysis and usage monitoring.

Zeetta’s other headline products, Optimise and Automate, complete its set of tools liberating enterprises from the limitations of fragmented networks and interfaces. At the National Composites Centre, these tools have been deployed to deliver Industry 4.0 features through 5G network slicing and neutral hosting. Part of the 5G-ENCODE Project, Zeetta has created a dynamic network which can be reconfigured for the specific enterprise’s use. It has successfully showcased 5G’s ability to support AR/VR for industry, asset tracking of time sensitive materials and automated industrial control though IoT monitoring and big data analytics.

We recently spoke to Vassilis Seferidis, CEO and Co-Founder of Zeetta Networks, see here for the full Q&A.

Celona is an innovative start-up founded by former Aruba and Qualcomm veterans, offering end-to-end enterprise connectivity leveraging CBRS spectrum in the US. Celona’s network operating system is built upon microservices, leveraging LTE small cell access points made by its partner companies. Central to its product is its eNodeB software and its self-organising (SON) network function, enabling proactive, intelligent spectrum allocation. The new company also offers a programmable service edge and a service orchestrator powered by AI, aimed at making the solution as easy as possible for IT managers.

Early last year Celona announced the successful beta trial of 8 companies world-wide, spanning industries from logistics, industrial shipping, and more. The tests focused on zero-touch installation within an hour, highlighting the out-of-the-box nature of its offering, whilst the beta also gave it the chance to examine its IoT capabilities. Following the success of this beta, Celona has partnered with Inseego to further simplify the deployment of private LTE cellular networks for enterprises looking to digitise their network capabilities.

Launched by co-founder of Mirantis, FreedomFi is a private network provider, utilising open-source software to enable vendor-agnostic enterprise networks, led by the enterprise themselves. Leveraging the Magma project’s core network code which replaces the core functions of 4G LTE, 5G SA, and Enterprise Wi-Fi networks with cloud-native microservices, FreedomFi has created a low-cost Gateway network. Currently a fledgling player in this market, FreedomFi is pioneering the open-source approach to private networks.

FreedomFi is currently live in around 50 locations with 7 different companies. These range from utilities, manufacturing, a cable provider and satellite service providers. As FreedomFi is so early in its development, it remains to be seen how open enterprises will be to self-managed, open-source networks, but CEO and Founder Boris Lenski believes that by massively lowering the cost and time to implement these networks, their offering will have a large impact on how private companies view their networks.

Athonet offers a 5G core network solution, providing software-based LTE connectivity running in the cloud or virtualised systems. Its completely virtual Enhanced Packet Core (EPC) and virtual 5G core provide the basis for its efficient and secure solution which has already seen over 500,000 private SIMs deployed for enterprise use.

In 2020, Athonet partnered with AWS and Marubun Corporation to offer a free-to-join, open 5G core network platform. Athonet created the free-to-use SaaS environment for radio, chipset, device or end-user partners to use a 5G test environment on demand, allowing enterprises and operators to forego manual testing as they set up their network capabilities on AWS. Athonet CTO said that this innovation will “open standards and interfaces of 3GPP available to the world community… [creating] a highly scalable and automated platform to service the needs of the Global 5G community”.

Casa Systems has consistently been at the forefront over technology step-shifts over the past 20 years, innovating with the convergence of broadband services, leading the way with system virtualisation, and, more recently, pioneering the first extended-range 5G NR Data call over mmWave. Casa offers 4G/5G core based systems, supporting small and large enterprises. Its Gateway Node (C-SGN) is a virtualised system leveraging MME, PGW and SGW functions to ensure the seamless growth of IoT for manufacturing.

Casa’s recent Q4 earnings have shown its success over the past year, benefitting from the acceleration of its wireless core business which has overtaken its cable offering as its most profitable asset. With a new partnership with Software AG for its Cumulocity IoT self-service platform, Casa is preparing for what it believes to be the great opportunity of the next generation of connectivity: private cellular networks. The company serves as a member of the CBRS Alliance and offers solutions that are CBRS-capable and CBRS-enabled. Jerry Guo, founder and CEO, has recognised the potential of this sector, stating that the company consider it “a very significant part of the opportunity.” 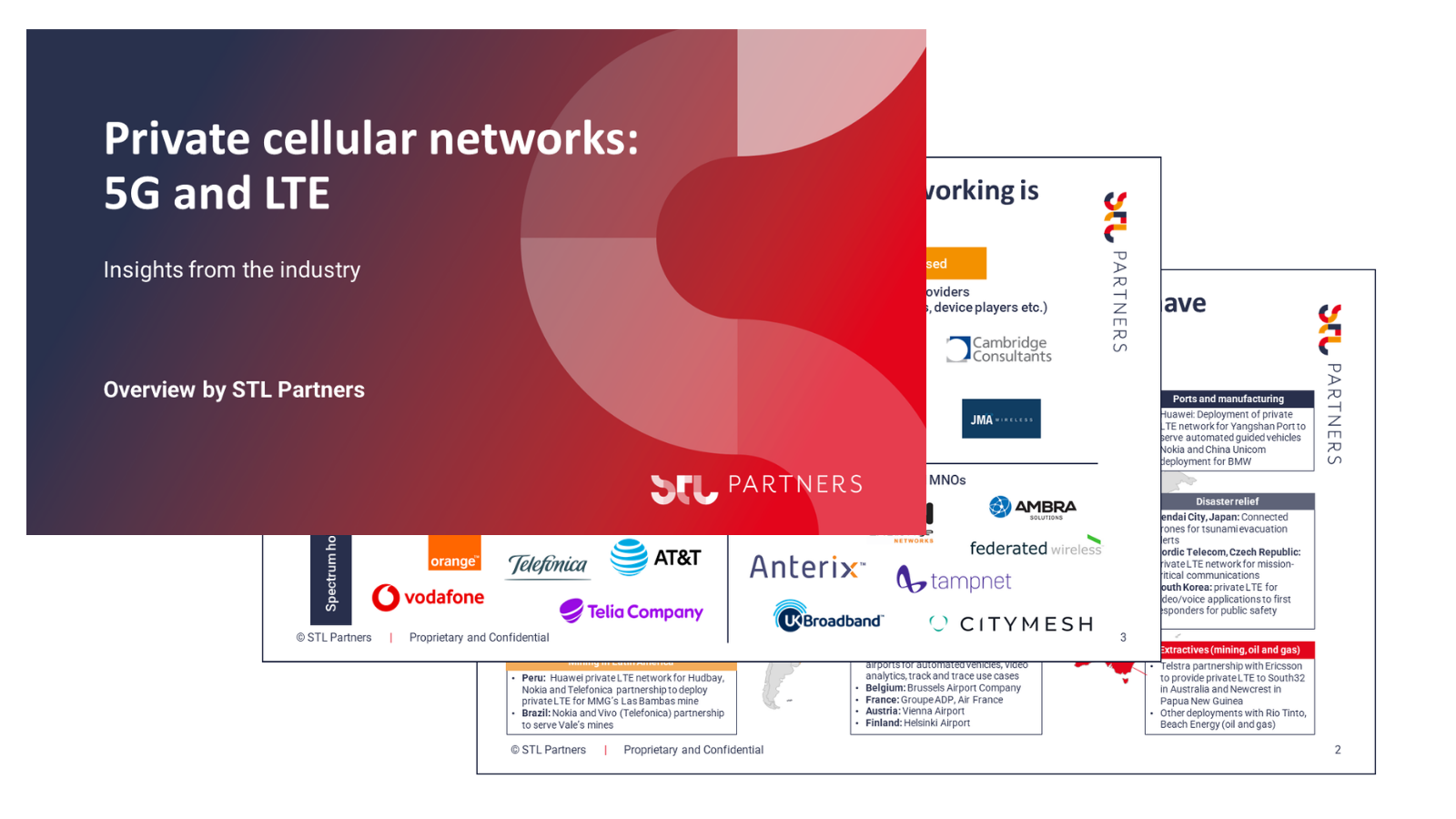