There’s a smug feeling in Telco 2.0 Towers right now. Back in 2012 we predicted mass adoption of cloud by 2015, and it looks like that’s happened.

Bloomberg has declared a cloud boom after Amazon Web Services announced revenue up 78% year-on-year, Microsoft Azure doubled its sales, helping the company to beat its earnings estimates, and Google crushed the quarter too, despite the plummeting price of online ads.

Taking a view from 50,000 feet, you might think the cloud market had passed some sort of key inflection point. Back in 2012, we published the Cloud 2.0: Telco Strategies in the Cloud Strategy Report, a deep (140pp/35k word) dive into the cloud infrastructure market and how telcos were trying to address it, and within it our thinking on the likely growth of cloud.

In our stab at sizing the market, our mid-point forecast was that eventually the cloud might be 30% of total IT spending. 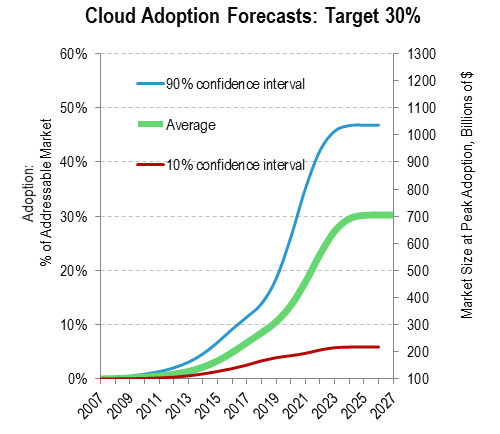 Back then, we reasoned based on our research in the market that the transition from innovators to early-adopters occurred in 2010 in advanced markets, and that the early-adopter phase would last until 2015, when the take-off into explosive growth would occur as mass adoption kicked in. The surge would continue until 2022, when mass adoption would be tapped out and we would be into the laggards. This looks like a good call, although the conversion from % of the addressable market to a dollar amount depends on what happens to growth in baseline IT spending.

Bloomberg cites Amazon and Microsoft as major beneficiaries of the shift:

“You are seeing the cloud shift everyone was talking about, and Microsoft and Amazon are benefiting from it,” said Sid Parakh, a portfolio manager at Becker Capital Management, which has about $3 billion under management. “Oracle, IBM, even VMware are reporting very weak numbers and really no momentum in cloud.” 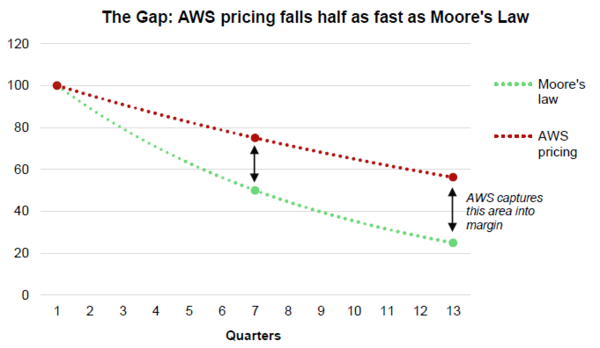 And in Microsoft: Pivoting to a Communications-Centric Business, we showed how cloud-based collaboration is increasingly crucial to Microsoft’s new business model: 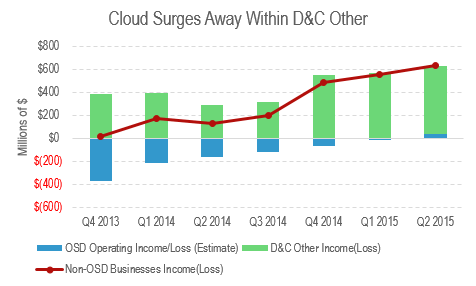 And in Telstra: Battling Disruption and Growing Enterprise Cloud, we explored how the Australian carrier survived the arrival of AWS in town: 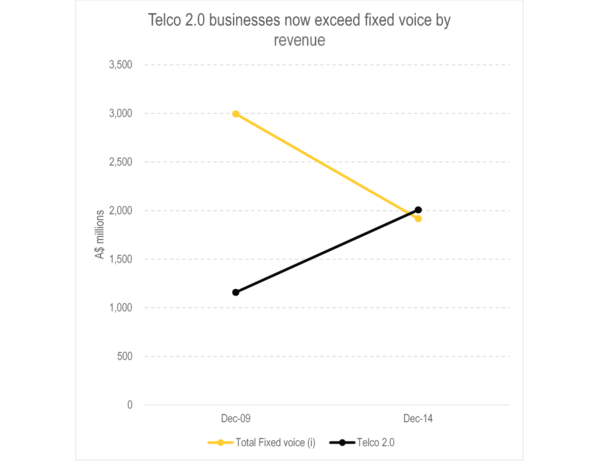 Finally, in How 5G is Disrupting Cloud & Network Strategy Today we looked at exactly what the cloud in the era of mass adoption might look like, and why mobile operators might get a second chance in a world of increasingly distributed cloud computing: 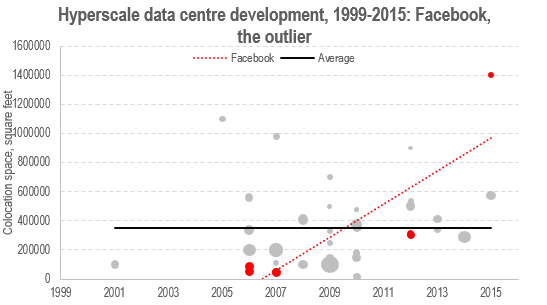 We see cloud as integral to telcos’ future prospects, but not necessarily in the way you’ve heard from everyone else, and there’s more on the way on that from us too. So why not take a moment to subscribe to our strategic intelligence reports or hire us for your consulting project? Email us at contact@stlpartners.com. We’ll try not to be too smug.